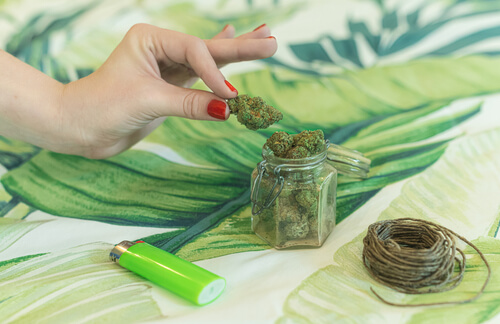 The general opinion on marijuana as medicine has changed wildly over the past few years. Just a decade ago, few people would have been able to foresee the wave of research and adoption that would soon come. However, there are still quite a few myths that are still floating around that many people accept as common knowledge. These can range from beliefs about the safety of its use, to the societal repercussions of its legalization. Fortunately, science has progressed incredibly far in a short amount of time, and the truth may not be what you think. If you are looking into medical marijuana as a treatment option and have any questions, DocMJ can help! Our website offers a quick search of certified medical marijuana doctors, a quick and easy pre-qualification exam, and numerous informative blogs!

Myth 1: Most Marijuana Users Only Use It to Get High

As another point, even non-medical marijuana users can use marijuana for a benefit other than psychoactivity. Since the signing of the 2016 Farm Bill, CBD products have become increasingly popular across the country. Many more people have begun to use marijuana in many different capacities to reduce stress, fight anxiety, and make their lives better overall.

Myth 2: Marijuana is a Gateway Drug

This is a big one. Many people have advocated against marijuana, medical or otherwise, because of the belief that using marijuana eventually leads to the use of other, potentially more dangerous, drugs. The science on this, while still young, largely shows that marijuana use does not itself correlate to the use of other drugs later in life. It has been shown that adolescent alcohol use, nicotine use, and marijuana use all have similar effects on the brain in regards to adult drug responses [3]. Rather than isolating marijuana use, researchers believe that other factors, such as a child’s environment, are more likely to lead to adult drug use.

The start of this myth probably stemmed from the same train of thought as the previous myth; adults having easier access to marijuana means teens and adolescents will also. It’s an easy conclusion to make, but not always true. Because of the marijuana laws making underage children and teens ineligible, and drug dealers being replaced by regulated dispensaries, teens and children are no longer able to buy illicit substances from people, making rates decrease.

Myth 4: Marijuana Has No Side Effects

For example, studies have shown that marijuana can reduce inflammation, reduce chronic pain, and fight anxiety and depression. These are all great things, but, marijuana can also slow reflexes, cause short-term memory loss, and reduce the effectiveness of sleep. Of course, responsible users and careful dosing can reduce these side effects, and everyone is different, but research has found that heavy long-term use of marijuana can cause changes in the brain and body of some users.

Myth 5: All Marijuana is the Same

To some people, all the talk about marijuana strains, forms, and methods of application are unimportant. After all, once it gets into the body it all does the same thing, right? Not quite. While there is plenty of misinformation surrounding marijuana, the belief that different strains or forms produce different effects is backed by research.

To put it simply, strains of marijuana are often differentiated not just by name, but by chemical composition. Some strains have high THC content, some have high CBD content, some have both, but the concentrations, both relative and absolute, are extremely important. For example, a high THC strain may be recommended for someone who needs to increase their food intake, but a high CBD strain may be used by someone who suffers from neuropathic pain. Other cannabinoids, terpenes, and flavonoids play a role too, and things can get complicated fast the deeper you dive.

The form of marijuana you buy even changes its effects. An edible will all the same cannabinoid levels as a tincture will produce a different sensation despite being chemically comparable. This is due to our bodies metabolism and ways of breaking things down depending on how and when they enter the body. If you are new to the world of medical marijuana, we recommend reading some of our other posts about the forms of marijuana, the endocannabinoid system, and the effects marijuana has on our bodies.

For More Information On Medical Marijuana

If you are looking for an affordable medical marijuana recommendation, DocMJ can help! We can find a certified medical marijuana doctor near you through our website and even help you see if you pre-qualify with our pre-qualification quiz! For more information on the science behind medical marijuana, look around our blog posts regarding contemporary research and the consensus on marijuana safety and efficacy.

[1] PROGRAM UPDATE: BY THE NUMBERS

[4] Association of Marijuana Laws With Teen Marijuana Use