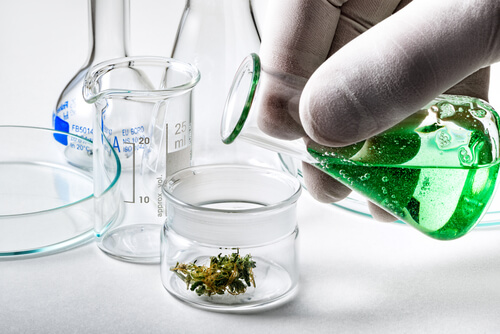 Medical Marijuana in Florida is becoming more readily available each day and for a good reason: it’s giving people actual relief from debilitating medical conditions they are suffering from. With the help of a Florida Medical Marijuana Doctor, like DocMJ, residents can apply for state approval to allow them to legally purchase medical cannabis products from a licensed Medical Marijuana Treatment Center (MMTC).

In Florida specifically, there is a list of approved medical conditions that make one eligible for a medical marijuana recommendation. To see if you pre-qualify for a card, take this 5-minute long survey or book a risk-free appointment with a Qualified Medical Marijuana Physician. While there are many different ones that have been approved and have anecdotal evidence to back the claims, science-based research is finally supporting a few of the approved conditions. Here are five medical cannabis health benefits backed by science.

Chronic Pain is one of the top reasons people are turning to medical marijuana.  Studies and observational reports have shown that over 80% of patients enrolled in clinical trials and/or with a medical cannabis card indicate “severe pain” as the reason for use.29 In addition, evidence proposes that some individuals with chronic pain are substituting the use of opiates with cannabis.[1]

Cannabis is an effective option to treat pain based on its behavior with both CB1 and CB2 receptors.[4] CB receptor agonists cause antinociceptive and antihyperalgesic effects by regulating inflammatory activity.[4] In a recent review of current data on the health effects of cannabinoids, the National Academies of Sciences determined that adult chronic pain patients who were treated with cannabis were more likely to experience a clinically noteworthy decrease in pain symptoms.[1] Studies also imply some efficacy for cancer-related pain, migraines, fibromyalgia, and other pain conditions.[5,6].

Additionally, cannabinoid receptor levels are a major determinant of the effects of endocannabinoids. CB1 receptors show an increase in expression when treated with agonists in several cancer cell lines; however, in normal tissue, these agonists decrease CB1 receptor expression [8]. This difference could be a way by which normal cells are protected from the pro-apoptotic and anti-proliferative effects of cannabinoid agonists [9]. It has also been shown that THC induces apoptosis (the death of cells that occurs as a normal and controlled part of an organism’s growth or development.) in several human cancer cell lines while sparing non-transformed cell lines [10-13].

Other preliminary studies on aggressive brain tumors in mice and cell cultures are demonstrating that both THC and CBD can slow, and even shrink tumors at the right dose [14]. A study done in 2014 found that cannabis can significantly slow the growth of the type of brain tumor associated with 80% of malignant brain cancer in people.[15]

Studies are also suggesting that patients suffering from inflammatory bowel diseases such as ulcerative colitis and Crohn’s disease and could benefit from marijuana use.[16] In 2010, researchers at the University of Nottingham found that various cannabinoids interact with cells in the body that play an important role in gut function and immune responses. [17]

The body makes compounds that are similar to THC that increases the permeability of the intestines, allowing bacteria in. The cannabinoids in marijuana block these compounds, making the intestinal cells bond together tighter and become less permeable. In more simple terms, cannabis helps block off bacteria and other compounds that cause inflammation in the intestines.

Studies have shown that marijuana disturbs sleep cycles by interrupting the later stages of REM sleep. [18] Nightmares and other dreams occur during specific phases of the sleep cycle, so interrupting this REM sleep prevents dreams from happening.

For those people suffering from chronic nightmares, especially those associated with PTSD, this can be helpful, perhaps in the short term. Nightmares and other dreams occur during those same stages of sleep. By interrupting REM sleep, many of those dreams may not occur. Research using a synthetic cannabinoid similar to THC showed a significant decrease in the number of nightmares in patients with PTSD. [19]

Epilepsy is considered to be one of the most common non-communicable neurological diseases and approximately one-third of patients with epilepsy have seizures that are resistant to traditional antiepileptic medications. Studies have been done on cannabis’s potential to help manage seizures for years.

A few years ago, in 2017, Devinsky et al. conducted a study on 120 patients with epilepsy. Out of those patients, 61 were in the CBD group and 59 were given placebos over 14 weeks. Of those in the CBD group, 43% had a decrease in seizure frequency and 5% were completely seizure-free. [21]

Getting Approved for a Florida Medical Marijuana Card

All of the above mentioned conditions have been approved by the state of Florida to qualify a person for a medical cannabis recommendation. In addition to those five, the following debilitating conditions will also pre-qualify you for a card: [22]

DocMJ’s team of compassionate physicians is located throughout the state and available for night and weekend appointments for easily accessible appointments. If you see one of our DocMJ doctors and do not qualify per state guidelines, you will be given a full refund at the end of your appointment.

[4] Manzanares J, Julian M, Carrascosa A. Role of the cannabinoid system in pain control and therapeutic implications for the management of acute and chronic pain episodes. Curr Neuropharmacol. 2006;4(3):239-257.