Are Marijuana Hangovers a Thing? 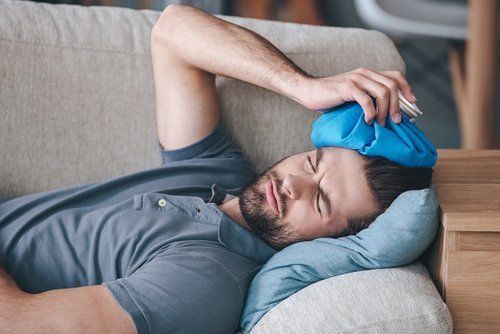 Some are more familiar with it than others, but did you know it is possible to feel “hungover” after using marijuana products? While there are some studies that has been done on this topic, the current regulations set on marijuana limits the extent of in-depth research that can be done. However, the results from the few studies that have been done on this topic, as well as anecdotal evidence, it is likely that marijuana hangovers are actually real.

What is a “Hangover”?

A “hangover” by definition is something that remains from what is past. [A] It is most commonly associated with the overconsumption of alcohol, but can also occur after using prescription medication, narcotics, and other altering substances. Common symptoms of hangovers can include fatigue, headaches, nausea, weakness, dry mouth, and many other physical and mental side effects. [B]

Just as any other marijuana related topic, there has been very little research-based data collected in regard to marijuana hangovers. While most of the evidence that has been collected has been anecdotal, there are two common scientific studies that have been completed.

The first and most well-known study, published in 1985, examined thirteen male marijuana smokers to see if there were measurable behavioral changes the morning after consumption. [C] A portion of the group was given active Δ9 THC while the others received a placebo that did not contain the cannabinoid. Those who received active THC showed changes in heart rate, CO level, and measurable differences in behavioral tasks, but those in the placebo group did not. [D] After receiving a full night’s sleep, researchers noticed residual side effects within the group of participants who were given THC.

Both of these studies used a small sample size but showed that there is potential for residual side effects that can make one feel hungover.

What Cannabis Products Cause Hangovers?

The studies mentioned above were done with very minimal concentrations of THC, but in today’s day and age, it is not uncommon to find products that contain upwards of 90% active THC. Different consumption methods can also impact how a person reacts to the effects of marijuana. For example, edibles give more intense side effects than inhaling marijuana.

A safe rule of thumb for those who are inexperienced cannabis users is to start with a low dose and working your way up to higher concentration levels.  Since the cannabis plant affects each person differently depending on their tolerance and the overall cannabinoid profile, it is hard to pinpoint exactly what dosage can cause one to feel hangover effects.

Tips to Help with Marijuana Hangovers

All-in-all, the likelihood of a person getting hangovers from marijuana products varies with each individual. Every person reacts differently to these products and there has not been enough in-depth research to show whether or not a specific dose of a specific cannabinoid can cause hangover side effects. While it is possible, most cases showed the hangover effects that happened when overconsumption occurred. By starting low and going slow, you can figure out the perfect dose of THC without waking up groggy and brain fogged the next morning.