Are the Benefits of Marijuana Taught in Medical School in Ohio? 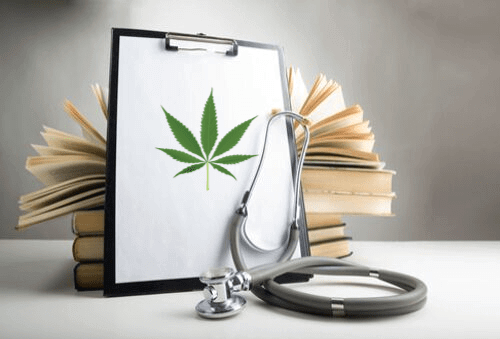 Now that medical marijuana is becoming more popular year after year, social acceptance is growing along with it. The cycle seems to be new research is published, causing more people to learn or be affected by it and so more questions are asked, causing more research to be done. This cycle has steadily grown and sped up into the cyclone of new information we have today. Considering this, and the number of people who use medical marijuana, it would make sense that medical textbooks have been updated accordingly, right? In this post, we will see how certified medical marijuana doctors earn this description and how new medical professionals are preparing for a post-legalization world.

Do you qualify for an Ohio medical marijuana recommendation? Click here to find out if you pre-qualify today!

With the speed and degree of acceptance marijuana use has spread, it is easy to see both sides of the coin; medical schools haven’t been able to adapt quickly enough and have not updated their curriculum to include marijuana, or, medical schools have quickly added the newly-discovered information to their syllabi and medical students are already entering the workforce with the necessary marijuana-related training. Unfortunately, though, it seems that the first case is much more common. Modern medical schools are not teaching new students about medical marijuana according to a 2017 study [1].

Included in the paper are the thoughts of both deans and graduates. The study found that only twenty four percent of deans felt that their students were adequately prepared to answer questions regarding marijuana. This changed to only six percent when asked if students were prepared to prescribe medical marijuana. In the case of residents and fellows, nearly eighty five percent said they received no education about medical marijuana during school or residency, though this was slightly dependent on specialty.

Basically, it means that most newly minted doctors do not feel comfortable speaking with patients about the possibilities of medical marijuana. This has led to some outspoken students to voice this, even in high level schools like Harvard and Stanford.

On the other hand, some established doctors see it the other way, and are against medical marijuana being taught in school. The main reasoning is the lack of hard research and the number of other possibilities physicians must prepare for. Adding another layer of complexity to the already full workload that medical students have could lead to more burnout and a weaker understanding of other core concepts [2].

However, marijuana use is much more common than it was previously, and THC positive tests are increasing. Considering the implications marijuana use can have, including drug interactions, then understanding how a patient’s body may be affected is crucial.

The increasingly common use of marijuana itself has also caused some debate among doctors, with some even publishing opinion pieces lamenting the modern marijuana movement [3]. They say that the amount of recommendation requests is so high that correctly following protocol is becoming more difficult.

Doctors are a notoriously hard-to-convert group when it comes to treatments, and for good reason. There may be something to that too, the current state of research on the medicinal and therapeutic efficacy of marijuana is hard to read. Studies are constantly finding conflicting results and true “double blind gold standard” studies are hard to find.

This is changing, though, in large part thanks to the shifting laws and classifications regarding certain chemicals allowing researchers easier access to quality marijuana. For example, the new Farm Bill allows for hemp to be grown in sold in the US. This extends to hemp products, which includes CBD, that researchers have previously had a tough time getting. This could lead to more reliable research on marijuana and especially the endocannabinoid system, and thus a slow turn in the medical community.

If doctors aren’t learning about medical marijuana, then how can they get the certification to recommend marijuana to patients? In Ohio, the OMMCP (Ohio Medical Marijuana Control Program) oversees the state’s medical marijuana program. Similar to Florida, Ohio requires a valid MD or DO license and completion of a two-hour course on diagnosing and treating the qualifying conditions with medical marijuana. It is also required that the patient and physician meet in person at least once per year [5].