Does Marijuana Cause Weight Gain? 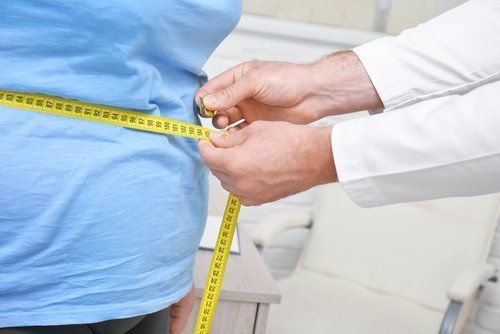 Weight in America has been a long-standing, complicated, and often sensitive issue for many people. It was estimated that, between 2013 and 2014, more than two in three American adults were considered either overweight or obese [1]. These same years, it was estimated that one in six American adolescents between two and nineteen years old were considered obese [2]. Now that marijuana is becoming more widely accessible, people are beginning to investigate whether it may have an impact on these statistics and people overall. In this post, we will look into the numbers, and science, behind marijuana and weight.

Marijuana side effects are very common and include both physical and psychological changes. The most famous of which likely being “the munchies”. If you would like to read more about what the munchies are and what causes them, we have an article on our blog, located here! Nearly every person who has used a high-THC strain of marijuana has encountered this effect, often leading them to eating a near-impossible amount of food. Therefore, it would make sense that people who consume marijuana products regularly would have a higher-than-average. This assumption, however, is wrong.

A recent study from Michigan State University found that there was “inverse associations linking cannabis use and obesity and shows an inverse cannabis–BMI increase association” [3]. During the three-year study, all participants gained weight, though those who had used marijuana had a smaller increase than those who had not. Specifically, the research reports “Only 15% of persistent users were considered obese compared to 20% of non-users”. Though the average difference in weight between those who used marijuana and those that had not was small, it was consistent.

This echoes the findings of a previous 2011 study. In this particular case, the obesity rates of users and non-users was 14.3% and 17.2% respectively [4]. Though it is still unknown why this occurred, scientists have developed several hypotheses, one of which being entirely behavioral. For example, a person who regularly uses high THC marijuana would likely be aware of the munchies and would restrict caloric intake accordingly. Compared to a non-user, this person may end up consuming less food overall, resulting in a lower weight over time.

Another hypothesis points to chemicals in marijuana as appetite suppressants. The endocannabinoid system, which the cannabinoids in marijuana act on in the body, are spread throughout the nervous, digestive, and vascular systems. It was found that activating the cannabinoid receptors can increase food cravings and enjoyment, leading to the munchies. Therefore, by blocking these receptors with certain cannabinoids, feeding may be reduced. Despite early research proving disappointing, more recent findings have given stronger results [5].

Some others speculate that the marijuana users of today are entirely different than stereotypes may suggest. Many people now are incorporating marijuana into already health-conscious and active lives, going completely against the classic train of thought. In fact, with the growth in medical marijuana as a recovery aid, it isn’t unlikely that some marijuana users are actually more active than their non-user counterparts.

On the other hand, the heightened food cravings and enjoyment can lead to significant weight gain in many individuals. Specifically, those with already low amounts of physical activity are at particular risk, but this may be a good thing for some people.

For instance, HIV positive individuals are at risk of developing AIDS later in life. This can lead to several life-threatening conditions, including wasting syndrome. Wasting syndrome occurs when a person loses at least 10% of their body weight, plus at least thirty days of weakness, diarrhea, and fever. Wasting syndrome can also be a sign of other diseases, including cancer, heart failure, and COPD. In such cases, keeping the person’s weight and energy levels high can be critical.  For this reason, some patients have turned to marijuana to increase their desire for food.

For other people, though, some research shows some less-than-helpful results. A 2015 study found that cannabinoid receptors can modulate pancreas activity and lipid metabolism, and marijuana users had a higher percentage of abdominal visceral fat [6]. This is bad, as visceral fat sits under the abdominal muscle and surrounds several vital organs. Compared to subcutaneous fat, which lies directly under the skin, visceral fat is often considered “active fat”, meaning it increases the risk of many serious health problems.

Overall, the research behind marijuana and weight is largely inconclusive. There are definite trends, considering the amount of studies that have shown marijuana smokers as having lower weight on average, but the reasoning behind these are still unknown. Despite this, marijuana is also being used to increase weight in some people, specifically those who are experiencing disease or conditional wasting. It is also possible that, though marijuana users may have lower overall weight, the distribution of fat is also affected, and may in fact be more dangerous in those who regularly smoke.

If you think medical marijuana is right now you, complete our online eligibility survey to find out if you pre-qualify for a recommendation today!