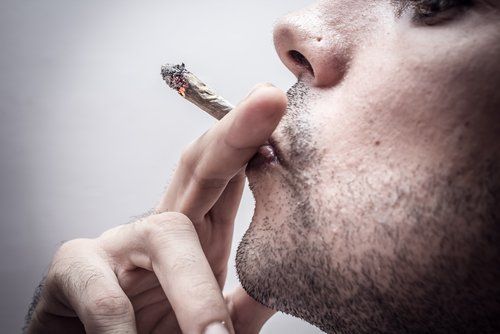 When considering whether cannabis causes lung damage, data will vary based on factors such as how a person consumes it, but also on the agenda behind whatever entity is asked. While the controversy over whether smoking marijuana is healthy has lessened over time, this article sources entities that are time tested for their consistency in providing scientific data to back their claims. As always, consult a doctor about whether smoking marijuana is appropriate before treating any health condition.

For general information about whether a Florida medical marijuana recommendation is right for you, call (888) 908.0143 to speak with a Patient Care Coordinator. You may complete our eligibility survey in just 5 minutes to find out if you pre-qualify for a recommendation.

Chronic Obstructive Pulmonary Disease (COPD) is the most common diagnosis related to lung damage. Overproduction of mucus, shortness of breath, coughing, and wheezing are the main symptoms of COPD [1]. The two main disorders that constitute COPD are chronic bronchitis and emphysema. Chronic bronchitis causes inflammation and damage to the bronchi over time, whereas emphysema (the more serious of the two), damages the alveoli and decreases lung capacity for the exchange of oxygen and carbon dioxide [2]. Emphysema is a progressive disease that destroys the lung tissues necessary for breathing. When these tissues are damaged, the airways collapse, and air meant to be expelled is trapped in the alveoli. The most common cause of emphysema is cigarette smoking, so researchers have been studying whether marijuana smoking has the same damaging effect [3].

An article titled, “Pot smokers can maybe breathe a little easier” was published in a 2012 issue of The Journal of the American Medical Association (JAMA) which later appeared in Harvard Medical School’s Harvard Health Letter. The article details proof that with moderate consumption, marijuana does not cause adverse effects on lung function. On the contrary, it seemed to improve lung function since inhalation provides both the chest muscles and the lungs with exercise that would not otherwise occur without smoking. The JAMA report looked at a focus group consisting of participants who smoked one joint per day for up to seven years.

The researchers behind the JAMA report worked in conjunction with the Coronary Artery Risk Development in Young Adults (CARDIA) study, an agency with a 20-year history of monitoring more than 5,000 people for the risks associated with cardiovascular disease. The goal of the JAMA report was to compare marijuana smoking with tobacco smoking to see whether they carried the same risks for COPD.

Since tobacco and marijuana smoke contain similar properties, some health professionals tend to believe that smoking marijuana carries the same risks as smoking tobacco. Ironically, studies in times past have shown that while inhaling marijuana did lead to coughing and phlegm production, there was no evidence to prove it impaired lung function. The CARDIA study observed two decades of marijuana use via tests administered at the beginning of the study, then at two, five, ten, and twenty years later. Study participants were tested on their use of tobacco and marijuana and their lung function as users. Breathing tests consisting of exhaling into a device that measures forced vital capacity (FVC – the amount of air forced out until the lungs are empty) and forced expiratory volume (FEV1 – the air forced out during the first second of exhalation) found lung capacity increased the longer a person smoked. Researchers attributed deep inhalation, along with suction, to greater lung volume and stronger chest wall muscles.

While the JAMA study does not prove cannabis to be necessarily “good” for your lungs, it most definitely finds the absence of adverse effects from moderate marijuana use. Since usage habits vary by individual, it should be noted that an overuse of marijuana in the form of smoking had not, at that time, been studied within controlled clinical trials. As a disclaimer, there was no distinction between whether the participants in the JAMA study had used a joint, pipe, or bong [2].

The Recipe for Healthy Lungs

First, choosing the right method for smoking cannabis is important to maintaining healthy lung function. As it stands, vaporizing is the most user-friendly and likely the safest method for smoking marijuana. As with anything, moderation is key. In addition, some prefer to take “tolerance breaks” from smoking marijuana, since over time, a person may need to use higher amounts to achieve the same high. Regular marijuana smoking causes the body to get used to a consistent supply of cannabinoids, so it takes more marijuana to activate the endocannabinoid receptors. This causes the lungs to work harder, so taking breaks can help. Finally, choose balanced strains that have a higher CBD and lower THC ratio. CBD reduces anxiety and potentially will “inhibit lung cancer cell invasion and metastasis” [4].