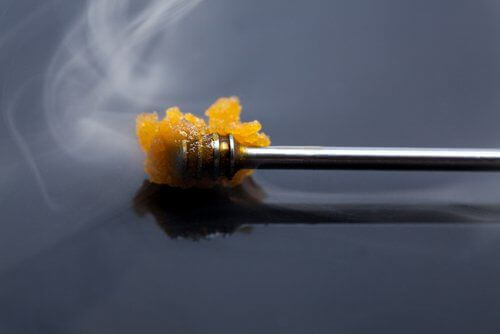 Medical marijuana is available in a wide variety of forms. Ranging from full flower to sublingual tinctures, these new forms and methods of application have made the benefits of medical marijuana attainable for nearly everybody where they are available, but it can be confusing and even intimidating trying to figure out which is best for you. Are the edibles or oils better for headaches or chronic pain? In this post, we will try and make sense of the complex world of marijuana concentrates and how they differ from the more traditional forms of marijuana you may be familiar with.

What are Marijuana Concentrates?

What is the difference between marijuana oils, concentrates, extracts, etc.? To be completely honest, while there are differences between oils, concentrates, and extracts, there are not that many. They really serve as an “overall” term for products that are derived from marijuana but offer more cannabinoids per unit compared to the plant itself. For example, a concentrated form of CBD can have over one hundred times more CBD in it compared to a bud of marijuana, and it is this reason that many people have turned to concentrates for relief.

Getting technical, though, there are differences that you should be aware of. Extracts, for example, use a solvent to pull the cannabinoids out of marijuana, which can then be used for many different purposes. These solvents can be anything from butane to ethanol and can affect how much cannabinoids are pulled out of the plant. Here is where it gets confusing again, extracts are considered to be a form of concentrates, and oils are a form of extracts. To make it clearer, here are a few examples:

There are other forms of concentrates as well, such as the aforementioned kief. These are produced using specific methods, usually mechanical rather than chemical, to concentrate marijuana into a much stronger form.

What is the Point of Having Concentrates?

As we found out before, concentrates are products that have a lot of cannabinoids in them compared to the marijuana plant, they are concentrated. These highly concentrated products can have many uses and benefits compared to, say, smoking or vaping marijuana normally.

An easy example can be found in marijuana tinctures. Tinctures can be high in CBD and low in THC, or high in THC and low in CBD, or anywhere in between. This means the patient, physician, or caretaker can find which ratio works best for their use easily. It also means that you may only need a drop or two of CBD concentrate to get a noticeable improvement versus a much larger amount of non-concentrate. You could easily carry a high-CBD tincture that can last weeks or months in your pocket or purse, whereas a comparable amount of non-concentrate would be difficult to even carry.

You may be familiar with dabs, a sticky concentrate that requires an intricate rig to smoke. While this may work for some people, others may require a smaller or less complex setup. In these cases, vape oil can be used to reduce both the space used and smell. If the person is unable to smoke, due to any number of reasons, they can then reach for the previously mentioned tincture, which allows for “sublingual” application. The main point being, concentrates allow more people to be able to use and benefit from marijuana, and this is a very good thing.

Unfortunately, concentrates are not perfect, and their intensity must be treated with respect. It is much easier to reach an uncomfortable dose of THC with concentrates than with traditional buds. This can lead to some unwanted side effects, including dizziness, memory problems, and anxiety. Concentrates also tend to cost more on average and may require intricate and costly setups to use depending on the type.

A less potentially dangerous drawback is that some concentrates may lack the other chemicals present in marijuana, such as terpenes and flavonoids. It is thought that these chemicals work in tandem with the cannabinoids through the “entourage effect” [3]. This would mean that compared to the full flower marijuana and marijuana extracts, these concentrates may have lessened or different effects.