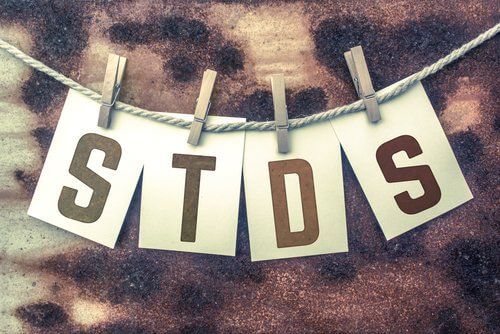 Modern medical advancements and clinical research have helped to expand the list of medical conditions that cannabis can treat. Among them, sexually transmitted diseases (STDs) and sexually transmitted infections (STIs) are gaining attention as many publications report the ways in which cannabis can be used as treatment. In this article, we explore the ways in which medical marijuana can aid symptoms, including for HIV, herpes, chlamydia, and many others. Read below to find out more about cannabis as a potential treatment for STDs and STIs.

Medical Marijuana (MMJ) is used to treat a number of qualifying conditions. You can find out if you pre-qualify for a recommendation in just two steps! First, Take our eligibility survey. Once qualified for an in-person exam,  you’ll receive scheduling instructions to see one of our Florida Medical Marijuana Doctors. Completing the survey takes only 5 minutes. Find out if you pre-qualify for a Florida medical marijuana recommendation today!

Facts About STDs and STIs

STDs are bacterial infections passed through sexual contact from person to person, for example, HIV. There are over 25 STDs that can be spread through oral, vaginal, or anal sex. The World Health Organization (WHO) reports an estimated one million people across the globe contract an STD each day. It is important to note that STDs are also known as “STIs,” or sexually transmitted infections. The two terms are often used interchangeably, though the difference is that diseases are medical conditions that have clear symptoms, while infections do not display symptoms. For this reason, many with STIs are not aware they could potentially pass them along to a partner. Left untreated, STIs can cause greater health problems like infertility and pregnancy issues, cervical cancer, pelvic inflammatory disease, and liver disease. Some STIs, such as herpes, syphilis, chancroid, and trichomoniasis increase the risk of contracting HIV for those who are HIV-negative and are then exposed to HIV. People who are HIV-positive carry greater risk of contracting or passing other STIs to a partner. Also, those with HIV generally have weaker immune systems, meaning their treatments for STIs are often less successful.

The highest rate of STI’s occurs in the United States, with 20 million new cases every year. Half of cases occur in those aged 15-24 because they carry more risk than older adults. In 2017, The US Centers for Disease Control and Prevention (CDC) reported the US has seen major spikes in cases of syphilis, chlamydia, and gonorrhea for the fourth year in a row. Half of those cases happen among the younger population, especially young women and teenage girls, despite their relatively small representation. This is because the cells in the lining of the cervix are especially susceptible to STIs. Also, many are not educated on STI prevention, do not know where to find STI services, or cannot obtain transportation to receive treatment. Still for some, confidentiality is more important than admitting the need for treatment.1 The best way to avoid contracting an STD or STI is to practice safer sex, though many can be successfully treated with antibiotics. Unfortunately, many STDs like herpes or HPV carry greater risk of complication because they are viral. These can still be treated over time, but some are incurable. The most common symptoms of STD’s are pain and discomfort that can spread to many places throughout the body, even the eyes.2

The Research on STDs/STIs and Cannabis

Many tests conducted both in lab animals and humans have determined the chemical components found in cannabis, cannabinoids, are beneficial for the treatment of STDs and STIs.3 THC, responsible for the psychoactive effects of cannabis, is the focus of most research studies on this topic because it has analgesic properties, meaning that it can relieve pain. While studies about cannabis as treatment for infections in humans are limited, much has been discovered from studies performed on animals. Testing on mice and guinea pigs infected with viruses like the herpes simplex virus and infections like Legionella pneumophila (the cause of Legionaire’s disease) have shown THC is effective in boosting immune system responses.

A one-year study beginning in 2000 evaluated 86 pregnant women concerning the effects of marijuana use as it relates to the potential for sexually transmitted diseases compared to 441 women who did not use drugs of any kind. The study found an equal percentage had contracted STDs between the groups, indicating marijuana use was not an influential factor in the practice of unsafe sex. In contrast, a 1996 study found the cannabinoid dexanabinol (HU-211) useful for the treatment of bacterial infections. In fact, ongoing studies dating back to the 1970’s report cannabinoids improve immune function by helping the creation of antibodies.3 “According to a study published in the peer-reviewed journal Experimental Biology and Medicine, THC made the herpes virus ineffective because it inactivated it and reduced its viability by 80 percent.”4 As a pain reliever, natural immune defense, and stress reliever, consuming cannabis is beneficial for the treatment of STDs and STIs.5 Both CBD oil and THC in any form can be used to treat the physical and mental stressors caused by STD’s and STIs. Each are anti-inflammatory medicines that can relieve the symptoms of infections such as herpes and chlamydia.6