Is Cannabinoid Deficiency the Underlying Cause of Health Problems? 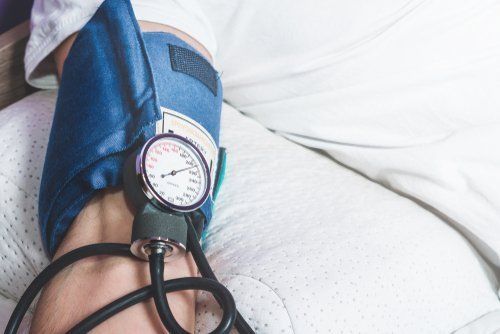 Is Cannabinoid Deficiency the Underlying Cause of Health Problems?

For many suffering from chronic illness, medical marijuana products are life changing. From those dealing with the side effects of chemotherapy, to the ones managing anxiety and Post Traumatic Stress Disorder, marijuana can help ease their symptoms better than ever.

Medicine continues to struggle in its approaches to multiple common pain syndromes that remain treatment resistant. Foremost among these are migraines, fibromyalgia, and irritable bowel syndrome. But why?

Everyone has a system in their body known as the Endocannabinoid System (ECS). The ECS was only recently discovered in the early 1990s when two different scientists identified the two main endocannabinoid receptors – CB1 and CB2. These receptors have been linked to the brain and nervous system, as well as in peripheral organs and tissues.The ECS is present in every major bodily system, which is how its dysfunction can theoretically cause such a variety of conditions—and how marijuana manages to treat them.

The theory of clinical endocannabinoid deficiency (CED) was presented in 2001 and was based on the concept that many brain disorders are associated with neurotransmitter deficiencies, affecting acetylcholine in Alzheimer’s disease, dopamine in parkinsonian syndromes, serotonin and norepinephrine in depression, and that a comparable deficiency in endocannabinoid levels might be manifest similarly in certain disorders that display predictable clinical features as sequelae of this deficiency. [1]

All humans possess an underlying endocannabinoid tone that reflects of levels of anandamide (AEA) and 2-arachidonoylglycerol (2-AG), the centrally acting endocannabinoids. If endocannabinoid function were decreased, it would result in a lowered pain threshold, along with disruption of digestion, mood, and sleep. The CED theory also suggests that such deficiencies could happen because of genetic or congenital reasons or be acquired due to injury or a disease that produces characteristic pathophysiological syndromes.

The CED theory explains that these health conditions are due to a deficiency in endocannabinoid levels, similar to the way neurotransmitter deficiencies are behind other conditions — like serotonin deficiency in depression. Basically, this theory suggests that the cause of these syndromes is an insufficient amount of endocannabinoids functioning throughout the ECS.

Decreased ECS function was found in those suffering from post-traumatic stress disorder. And clinical data has shown that using medical marijuana and making lifestyle changes aimed to promote the health of the endocannabinoid system decreased pain and improved sleep.

How to improve ECS “tone”

Dr. Russo, the Director of Research and Development of the International Cannabis and Cannabinoids Institute, is the scientist who has theorized that clinical endocannabinoid deficiency could be the cause behind different ailments such as irritable bowel syndrome, fibromyalgia, and migraines. When asked about how to maintain a healthy endocannabinoid system, he had some advice on the matter. Here are some tips:

By maintaining a healthy lifestyle and using medical marijuana products, people are starting to finally get the relief they have been longing for. Floridians and seasonal residents who suffer from a qualifying medical condition can be approved by a Florida Medical Marijuana Physician to be entered into the Medical Marijuana Use Registry and obtain a Medical Marijauana State ID card. The following conditions are eligible for approval per state guidelines:

If you or a loved one is suffering from one of the qualifying conditions listed above and are interested in seeing if medical marijuana products can bring you relief, take this online eligibility survey. In just a matter of minutes you will know whether or not you might qualify for a physician’s recommendation for medical marijauna product use in Florida. Once you are ready to make an appointment with a compassionate and knowledgeable Florida medical marijuana physician, all it takes is a quick fifteen minutes to see if you are eligible for your state-issued Florida medical marijuana ID card.