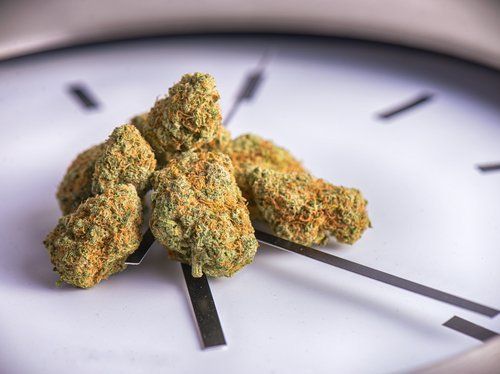 The numbers “420” are recognized across the world, both by those who use and by those who do not, as a reference for marijuana. While DocMJ believes in celebrating “420” each and every day in many different ways, the day April 20th is marked off on marijuana enthusiasts calendars as a day to celebrate this incredible plant. Every year on April 20th, people gather together to celebrate their favorite plant with festivals, protests, and parties. But where does this tradition come from?

Many people do not know the actual origins of 4/20 and there are a number of theories about it. Some believe that it came from California’s police code for marijuana, others believe it is the number of active chemicals found in the marijuana plant, and others think that it’s Bob Marley’s date of birth.

However, the real origin of “420” can be traced back to San Rafael, California and a group of five teenagers who used to meet up after school to smoke marijuana together.

The Legend of The Waldos

In the fall of 1971, a few students at San Rafael High School used to meet up every day after school at 4:20 pm to hang out by a wall outside the school and smoke marijuana together. The group was given the nickname “The Waldos” because of their chosen hang out spot and were the first to use the term “420” in reference to marijuana.

The group learned of a local member of the Coast Guard who was no longer able to tend to a crop of cannabis plants that he planted. Allegedly, the group was given a treasure map from the crop owner himself that led them through the forest to the field of plants. So every week, the group would meet up at 4:20 pm after their sports practice to go on a hunt to find the crop.

The Waldos would pile into a car, smoke some marijuana and hunt through Point Reyes Forest for the elusive, free herb. Steve Capper, one of the original members of the Waldos, told the Huffington Post, “We would remind each other in the hallways we were supposed to meet up at 4:20. It originally started out at 4:20-Louis, and we eventually dropped the Louis.” [1]

The bigger question: How did 420 spread from a circle of California stoners across the globe?

In the late 1960’s, San Francisco lost its hippie culture, resulting in the band the Grateful Dead moving down to the Marin County hills – which was just down the road from San Rafael High School and the Waldos. By chance, one of the Waldo’s fathers helped the band with their real estate and another one’s older brother managed a sideband that played with The Dead and was good friends with their bassist Phil Lesh.

As the band toured the globe through the ‘70s and ‘80s, the term spread through the Dead underground. The band played hundreds of shows a year, meaning it was catching on very quickly. High Times, a magazine catered to the cannabis culture, heard the term and helped take it global.

High Times editor Steve Hager told the Huffington Post “I started incorporating it into everything we were doing.I started doing all these big events – the World Hemp Expo Extravaganza and the Cannabis Cup – and we built everything around 420. The publicity that High Times gave it is what made it an international thing. Until then, it was relatively confined to the Grateful Dead subculture. But we blew it out into an international phenomenon.” [1]

While there are many other tales of the origins of 420, the Waldos have proof they used the word back in the ‘70s. Tucked away in a vault in a San Francisco bank is their original 420 tie-dyed flag, a newspaper clipping where one of the members discusses wanting to just say “420” for his high school graduation speech and postmarked letters between the group filled with 420 references. [2]

Some marijuana enthusiasts believe that the term “420” has something to do with the singer and songwriter Bob Marley. While Marley is known for his love for marijuana and all of its healing powers, people he was either born on, or died on, April 20th.

A lot of people seem to think that the numbers “420” became a part of the cannabis culture due to a police code used in California to report illegal possession and use. This is far from true. The penal code 420 in California actually refers to obstructing entry on public land.

Another interesting theory is the connection people make to the singer Bob Dylan. How? One of Dylan’s songs on his 1966 album Blonde on Blonde, “Rainy Day Women #12 & 35” has listeners believing Dylan was referring to marijuana through a secret code because 12 multiplied by 35 equals 420.

However, Bob Dylan himself announced “I never have and never will write a drug song,” during his performance at London’s Royal Albert Hall in May 1966.

Today, the unofficial holiday is celebrated worldwide. In 2003, when the California Legislature passed the medical marijuana law the people voted on, they named the bill SB 420. “420” has also been referenced in classic movies like “Pulp Fiction,” where some of the clocks are set to the time 4:20, and on national TV when a contestant on the “Price Is Right” only bid numbers involving 420 ($420, $1,420). [2]

But at DocMJ, we believe in celebrating marijuana each and every day. We want to make sure that medical marijuana is accessible to those who qualify, especially during the COVID-19 pandemic.

By offering appointments throughout the state of Florida at over 25 locations, we have made it possible for the majority of Florida residents to get to a DocMJ clinic within an hours drive. We also understand that most people turn to medical marijuana as a last resort, which typically means the patient has spent a great deal of money on other medical expenses. This is why we offer affordable pricing for our appointments and even have a monthly payment option for those who are unable to pay for the exam in full.

Recently, we have been granted permission by the state of Florida to conduct telemedicine appointments. This means if you are needing to be seen for a follow up appointment, but do not want to leave the safety and comfort of your home during this lockdown, you can be seen by one of our qualified Florida Medical Marijuana Doctors over the computer, tablet or smartphone.

We also want to make sure our patients stick to a daily regimen with their medicine, so they can get the best relief possible. So we send each of our patients home with a DocMJ Patient Journal that contains educational material on marijuana, information on products and dispensaries, and a section for product logging as well. We also after a digital copy of the DocMJ Patient Journal. Simply down the PDF and print it out to start tracking your dose and product usage.

Are you a little more technologically savvy? We have something for that too! We have partnered with the application StrainPrint, to allow our patients to log the products they are using and what their thoughts are on it. StrainPrint will then recommend other products near the patient that are similar to the ones they have enjoyed the most.

Medical Marijuana has changed the lives of both our patients and our staff in such a positive way, that we can’t help but to scream and shout how much we are thankful for it every single day. While the day April 20th is a day for us to celebrate, we hope you join us in celebrating marijuana every day, too!