Is Autism a Qualifying Condition for a Florida Medical Marijuana Card? 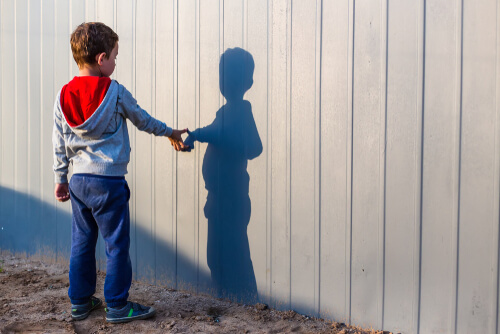 Over the past decade, autistic people and their families have increasingly experimented with medical marijuana and other products derived from it. Many have seen that these compounds can alleviate a range of autism-related traits and issues. While scientists are still in the early stages of rigorous research into marijuana’s safety and effectiveness, there is evidence showing that medical marijuana might be a treatment option for those suffering from autism spectrum disorder.

Autism spectrum disorder (ASD) is a developmental disability that can cause significant social, communication, and behavioral challenges. [1] Although autism can be diagnosed at any age, it is known as a “developmental disorder” because the symptoms typically appear within the first two years of a child’s life. ASD occurs in all ethnic, racial, and economic groups.

Physically, there is nothing about how people with ASD look that sets them apart from other people; however, people with ASD might communicate, behave, learn, and interact differently than most other people. The learning and problem-solving abilities can range from gifted to severely challenged for those with ASD. Depending on the severity of the condition, some people with ASD might need a lot of assistance in their daily life while others do not need any.

Autism is referred to as a “spectrum” disorder because there is large variation in the type and severity of symptoms people experience. A diagnosis of ASD now includes several conditions that used to be diagnosed separately: autistic disorder, pervasive developmental disorder not otherwise specified (PDD-NOS), and Asperger syndrome. [1] These conditions are now all known as Autism Spectrum Disorder.

There is no single known cause for Autism. Given the complexity of the disorder, there are probably many causes, especially since there is such a large range of symptoms. Both genetics and the environment might play a role in causing Autism spectrum disorder.

Unlike Down Syndrome, ASD does not cause any type of physical differences so it can be harder to notice signs of Autism early on. Some children show signs of ASD in early infancy, like lack of response to their name, reduced eye contact, or indifference to their caregivers. Others may develop normally for the first few months or years of life, but then suddenly become aggressive or lose language skills they have already learned. Signs are typically shown by the age of 2 years and the severity of them can be from low functioning to high functioning.

Some people with autism spectrum disorder will have difficulty learning, and some have signs of lower than normal intelligence. On the other hand, some with the disorder have normal to high intelligence and they learn quickly, yet have trouble communicating and adjusting to social situations.

Due to the variety of symptoms in each child, severity can sometimes be difficult to determine. It’s generally based on the level of impairments and how they impact the ability to function. Besides the social and developmental challenges people with ASD might face, they can also have physical habits or patterns of behavior that can cause them, or others, harm. The following are patterns of behavior that might indicate your child has autism: [2]

As they get older and mature, some children with ASD become more engaged with others and show fewer disturbances in behavior. Those with the least severe problems might eventually live normal or near-normal lives. Others, however, can continue to have trouble with language or social skills, and by their teen years can bring worse emotional and behavioral problems.

It is suggested that treatment for Autism Spectrum Disorder should start as soon as possible after the initial diagnosis. Early treatment for ASD is important, as proper care can reduce an individual’s difficulties while helping them learn new skills.

Since there is such a wide range of issues that people with ASD face, there is no single best treatment for managing the symptoms. The following are the most common treatments for ASD from a traditional doctor:

One of the first reports on the potential efficacy of medical marijuana for the treatment of autism spectrum disorder comes from a case study published by the Journal of Developmental & Behavioral Pediatrics. Researchers administered Dronabinol, a cannabis-based medication, to autism patients. A six-month follow-up revealed there was a “significant” improvement in symptoms such as hyperactivity, lethargy, irritability, stereotypy and inappropriate speech. [3]

Researchers also reported on the use of Dronabinol to treat 10 adolescent patients with intellectual disabilities, which resulted in 8 patients showing improvement in the management of treatment-resistant self-injurious behavior.

In addition to medical cannabis, over-the-counter CBD products, like Doc-CBD, can also be helpful for children with autism. Groups such as Mothers Advocating Medical Marijuana for Autism have shared testimonies from families describing how medical marijuana mitigated or alleviated symptoms of spasticity, reduced the frequency of inappropriate behavioral episodes and improved sleep patterns. These same groups make the argument that medical marijuana could be an alternative to pharmaceutical therapies like Ritalin and Adderall.

Clinical psychologist Dr. Giovanni Martinez is researching treating children with autistic spectrum disorder (ASD) with CBD (cannabidiol) oil. In one case, a child who received a twice-daily dose of hemp oil spoke his first words after treatment, and in only three weeks, he developed sign language skills. The same child was once so frustrated about being unable to communicate that he would self-injure but on a CBD regimen can express himself and is happily enjoying life.

Medical marijuana has been known to be an alternative solution to alleviating outbursts of rage, seizures and temper tantrums among autism patients. Cannabis-based products can be responsible for the lessening of erratic actions that may have occurred in the past. Patients who use CBD and medical marijuana to treat their symptoms become more relaxed and very attentive to what they are doing. Basically, medical marijuana can serve as an exceptional behavioral modification, which can protect both the health and safety of an autistic patient.

The Florida Medical Marijuana Program is easy to become a part of as long as you meet the list of requirements set forth by the state. While Autism is not on the approved list of conditions, if your child suffers from violent outbreaks or anxiety as a result of their ASD, they might be eligible for a medical marijuana card in Florida. The following are the medical conditions that have been approved for a medical cannabis recommendation: [5]

If you suffer from one of the conditions listed above, you might qualify for a medical marijuana recommendation in Florida. In addition to a diagnosis, a qualified patient must also:

If you believe your child, yourself, or another loved one might benefit from medical marijuana, take this quick survey to get started. Our team of passionate Florida Medical Marijuana Physicians are ready to help you along your journey!