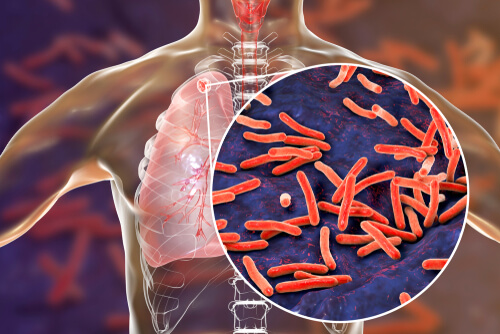 Medical Marijuana in Florida has changed the lives of hundreds of thousands of people throughout the state. Qualified Medical Marijuana Doctors have been able to recommend the use of cannabis products since 2016 and have since seen a range of debilitating symptoms become managed with them.

In order to see if you may qualify for a medical marijuana recommendation, this survey will tell you in just a few minutes! DocMJ offers risk-free appointments state-wide with a Medical Marijuana Physician that will discuss the full benefits of having a medical marijuana card in Florida.

The disease Tuberculosis was rare in developed countries, but infection rates began increasing in 1985, partly because of the emergence of HIV. However, because of stronger control programs, TB rates began to decrease in the United States in the early 1990s although it is still a concern today.

Tuberculosis (TB) is a potentially serious infectious disease that mainly affects the lungs. [1] The bacteria that cause tuberculosis can be spread from person to person through tiny droplets that coughs and sneezes put into the air.  Once you have inhaled the bacterium, it lodges in the lung tissue and begins to grow if the immune system cannot fight off the infection.

Healthy people may contract TB, but the disease may not become active until months or years later. TB usually develops when the immune system is weakened, so those who have a weak immune system are more likely to develop active TB right away. In some instances, TB may develop within days of the initial infection.

When the disease becomes active, it means TB bacteria are multiplying and attacking the lungs or other parts of the body, such as the brain, bones, spine, lymph nodes, kidney, and even the skin. From the lungs, TB bacteria can move through the blood or lymphatic system to different areas of the body.

Since the body can harbor the bacteria that cause tuberculosis (TB), your immune system usually can prevent you from becoming sick. For this reason, doctors make a distinction between:

Who is at risk?

The chances of getting tuberculosis are highest for those that are in close contact with others who are infected. This includes:

People at the highest risk for developing active TB disease are those with a weak immune system, including:

Latent Tuberculosis causes no signs or symptoms. Signs and symptoms of active TB include:

When TB occurs outside your lungs, signs and symptoms vary according to the organs involved. For example, tuberculosis in your kidneys might cause blood in your urine, or TB of the spine can cause back pain.

The History of Marijuana and Tuberculosis

Use of marijuana as a treatment for tuberculosis was first recorded in India and was well-known by the time of the Indian Hemp Drugs Commission of 1893-1894. The Commission listened to testimonies of cannabis use to treat tuberculosis, as well as a wide range of other conditions, from both Indian and Western doctors, suggesting this was also known in contemporary European medicine. [2]

Years later, in 1955, a Czechoslovakian tuberculosis nutrition study stated hemp seed cured tuberculosis. [3] After more than 30 years of studying hemp seed, it was found that a diet high in protein can help treat tuberculosis successfully. Since hemp seed has edestin protein it is easily digested and is similar to human-produced globulin, making it the best protein to treat TB.

Another study in the 1960s found marijuana resin inhibited TB bacteria growth successfully.[4] It showed that CBD’s antimicrobial characteristics were helpful and effective for tuberculosis treatment.

In 2013, the African Journal of Traditional Complementary and Alternative Medicine reported on the healing properties of medical cannabis in the treatment of TB.[5] Additionally, a research article in 2016 named “The cannabinoid 2 receptor agonist β-caryophyllene modulates the inflammatory reaction induced by Mycobacterium bovis BCG by inhibiting neutrophil migration” highlights how specific properties of the cannabis plant fight off bacteria and infection related to tuberculosis. [6]

Which Symptoms of Tuberculosis Can Medical Marijuana Help?

While there has not been enough research conducted to effectively treat tuberculosis with cannabis, there are ways it can help one manage their symptoms caused by TB.

Cannabis and tuberculosis treatment can be effective for a range of TB symptoms, including:

Overall the process of obtaining a medical marijuana card in Florida is quite simple as long as you meet the following requirements: