Brain Inflammation May Be Reduced with CBG in Cannabis in Ohio 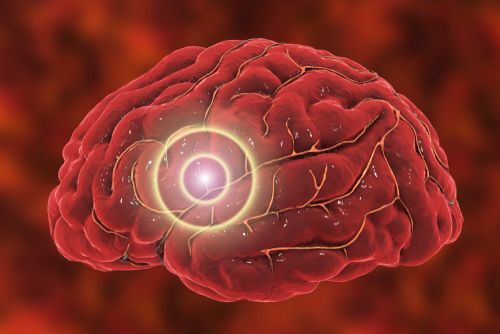 Neuroinflammation, or inflammation of the brain and spinal cord, can be caused by disease, infection, stress or trauma. The effects of this condition are not limited to physical signs and symptoms; it can also affect the body’s balance and the patient’s state of mind as well as potentially aggravating or triggering diseases involving the nervous system. (1) Cannabigerol, or CBG, has been shown to help decrease this inflammatory response as well as easing or eliminating the symptoms that accompany it. If you suffer from neuroinflammation or another qualifying condition, take our 5-minute eligibility survey to see if you pre-qualify to become a medical cannabis patient. At your appointment, you can discuss your needs with an Ohio Medical Marijuana Doctor to see what products and routes would be most effective to help treat your condition.

Brain inflammation can be a response to trauma caused by brain or spinal cord injury, illnesses such as meningitis or encephalitis, exposure to extreme high or low body temperatures, the use of certain anesthetics, or as a result of a bacterial infection in the brain. In addition to physical causes, chronic stress and aging can also trigger the inflammatory response. Not all neuroinflammation is negative; it depends on the intensity of the process. Brief exposure to the inflammatory process can trigger the immune system and help promote healing by activating tissue repair, stimulating regrowth as well as neuroprotective behavior, and reorganizing damaged pathways caused by injury. However, when the negative stimulus is severe and/or prolonged, abnormal responses begin to cause damage to the nervous system. This destructive process can affect the entire body, leading to neurodegenerative diseases such as Huntington’s, Parkinson’s, Multiple Sclerosis, and Alzheimer’s. (1) In addition, extended neuroinflammation can lead to schizophrenia, major depressive disorder, other psychiatric conditions, sleep disorders, and even strokes. (2,3)

When the balance of our body is interrupted by illness, injury, or trauma, several things happen. Inflammation, or swelling, occurs as our immune system is activated and macrophages – think of them as the body’s garbage trucks – are transported by the circulatory system to the affected area in order to carry bacteria, viruses, parasites, damaged tissue and cells away and dispose of them. In addition to helping macrophages get to where they are needed, the blood also carries oxygen, a vital source of energy. As the oxygen is metabolized, free radicals are released. While free radicals cause some damage, they also stimulate new cell growth and repair. Under normal circumstances, balance is restored and all is well. However, under conditions that result in prolonged inflammation, too many free radicals are produced. This abundance overpowers the repair and restoration process and results in a condition called oxidative stress. At this point, the metabolism of oxygen (oxidation) starts to cause damage to our cells, DNA, and proteins. Long-term neuroinflammation leading to oxidative stress can cause a variety of negative effects including pain, headaches, wrinkles, fatigue, decreased visual function, sensitivity to sound, infection, memory loss, and neurodegenerative conditions. (4)

One method of treating neuroinflammation and helping ease the conditions and symptoms related to it is CBG, or Cannabigerol. CBG, a cannabinoid present in both hemp and cannabis plants, begins as CBGA or CBG acid. The most interesting thing about CBGA is that it doesn’t only change into CBG, but is also the precursor for the acidic forms of all the other cannabinoids – THCA, CBDA, and CBCA all begin as CBGA. For this reason, it is referred to as the “Mother of all cannabinoids.” (5) A study published in 2018 reports that CBG has been shown to inhibit oxygen metabolism by macrophages, thereby reducing the number of free radicals in the circulation resulting from the body’s attempts to deal with extended periods of brain and spinal cord inflammation. In addition, it helps reduce the actions of cytokines, proteins released by the immune system that act as communicators between cells to increase the inflammatory response. CBG also acts to protect nerve cells during oxidation by preventing their destruction by macrophages, hindering cell death.

While there is no cure for neurodegenerative diseases, CBG has been shown to exert a positive influence in helping relieve symptoms related to neuroinflammation by decreasing oxidative stress, protecting nerve cells, reducing inflammation, thereby slowing or stopping the progression of these diseases. It also increases the ability of nerve cells to resist destruction by oxidative stress and free radical action. (6)

In addition to neurodegenerative disease, long-term inflammation of the brain and spinal cord can lead to chronic pain conditions. This happens because the cells that surround and protect nerve cells trigger the release of cytokines, promoting widespread pain throughout the body. Over time, the pain moves from a temporary condition to a constant one. (7) Remarkably, CBG demonstrates a more potent pain-relieving activity than THC, helping ease discomfort by interfering with the inflammatory process through its antioxidant activity. (8)

Patients with clinical depression who do not respond to antidepressant treatment have been found to have increased brain inflammation and oxidative stress. Neuroinflammation alters the ability of the blood-brain barrier to limit the flow of a number of chemicals into the central nervous system (CNS). Alterations in normal levels brought about by these chemicals has been noted to cause stress, which can result in the development of major depressive disorder or MDD. While it is still not clear whether the depression causes increased inflammation or the other way around, treating the inflammation often helps ease the symptoms of depression. (9,10) CBG has been found to help increase levels of serotonin and GABA, neurotransmitters that help regulate mood. In fact, CBG is more effective at helping maintain healthy levels of GABA than THC or CBD. For patients who don’t want to experience the psychoactive effects of THC, this can prove helpful in easing the symptoms associated with their depression. (5)

Strains high in CBG include hemp as well as those high in CBD, partly because breeding strains rich in CBG inhibits the production of THC. These include:

CBG shows great potential when treating brain inflammation and related health conditions. It also has a wide range of therapeutic properties including blocking the psychoactive effects of THC, which helps people who need its pain-relieving properties but don’t want the euphoria associated with cannabis strains rich in THC. While CBG may not yet be as popular as THC or CBD, it plays an important role in helping protect our brains from the negative effects of trauma, injury, and illness.