Cachexia is Ohio’s Newest Qualifying Condition: What is it & How Can Medical Cannabis Help? 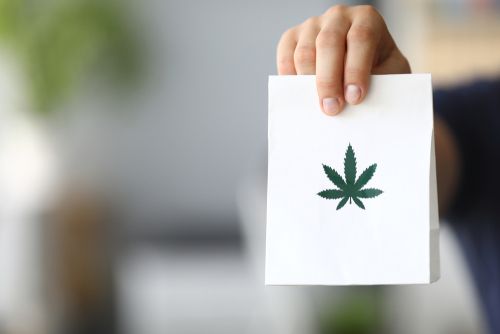 Cachexia is Ohio’s Newest Qualifying Condition: What is it & How Can Medical Cannabis Help?

Medical marijuana in Ohio has been around since 2016. Until now, however, there have not been any new conditions added to the list of qualifying conditions. On July 8th, the Ohio State Medical Board voted to add cachexia to that list, leaving out the other two proposed conditions, autism and anxiety.

If you, or someone you know is looking for an affordable Ohio medical marijuana recommendation, DocMJ is here to help! Complete our easy, online eligibility survey today to find out instantly if you pre-qualify for a recommendation. No office near you? No problem! We are currently seeing patients via Telemedicine, meaning you can now get approved for your Ohio medical marijuana card from home. Schedule your Telemedicine appointment today! Same-day appointments available.

Cachexia is commonly known as wasting syndrome. It is associated with some underlying condition and results in muscle loss that often cannot be reversed. While it most commonly happens alongside cancer and AIDS, cachexia may also be caused by congestive heart failure, chronic kidney disease, chronic obstructive pulmonary disease, and cystic fibrosis. While most people with cachexia will look visibly malnourished and underweight, some will look normal, which means physicians need to keep an eye out for other, more subtle clues. In order to diagnose cachexia, physicians will look for several markers, including fatigue, reduced muscle strength, reduced appetite, and a loss of at least five percent of body weight over twelve months.

Body weight loss due to cachexia can lead to many other problems, seriously hinder treatment, and even possibly lead to death. In fact, it has been estimated that, in 20-25% of those with advanced solid tumors, it is considered the primary cause of death while also being a significant comorbidity in others, reducing median survival by up to 30% [1]. It has also been found that cachexia may be linked more strongly to different types of cancers. For example, because of lower caloric intake due to reduced appetite, even normal metabolic rates can result in weight and muscle loss. Combine this with elevated energy use in some patients with solid tumors and lung cancer, and it may help explain their higher risk of developing the disease [2]. It has also been found that some patients with cachexia can have up to 40% higher levels of glucose production in the liver, despite their weight loss. It is thought that this is due to the tumors using less efficient means of energy production, therefore using more glucose to get their metabolic needs met [3].

According to The Inquirer, the president of the Ohio State Medical Board, Dr. Michael Schottenstein, said that “Patients socially isolate when they can’t eat”[4]. This idea seems to be at the core of the Ohio medical marijuana program, with many patients with qualifying conditions using medical marijuana to ease difficult symptoms.

As always, the psychological effects of a disease, while not necessarily discussed as often, are still especially important. Patients with cachexia, as Dr. Schottenstein pointed out, often become isolated due to their condition and are prone to depression and anxiety. These feelings often compound themselves with those caused by the original problem, often making the overall situation harder to deal with. In addition to the difficulties associated with cachexia itself, common treatments also come with their own side effects. For example, Oxandrolone is an anabolic steroid that doctors may prescribe to cachexia patients. Side effects of Oxandrolone include acne, increased hair growth, voice changes, and menstruation abnormalities in women.

Overall, research on cachexia treatment with marijuana is positive. In fact, dronabinol was one of the earliest FDA approved forms of marijuana and has the approved use of treating cachexia and nausea and vomiting in AIDS and cancer patients. One 2007 study published a double-blind study comparing the effects of marijuana, dronabinol, and a placebo on caloric intake and found that both marijuana and dronabinol positively impacted body weight [5].

It is worth noting that, unlike some other benefits of medical marijuana, appetite gain is likely caused by THC rather than CBD. It is thought that THC binds to certain receptors in the brain, increasing receptivity and sensitivity to certain stimuli, including smells. Some researchers have gone on to state that this heightened receptivity may be the root cause of marijuana’s ability to increase appetite. For example, a nauseous person may be unlikely to eat food that is unable to adequately smell or taste, such as bland soup. If the person’s taste and olfactory senses were to be more stimulated, though, they may be more willing to eat.

Cachexia is a condition marked by severe weight loss and lack of appetite. It is usually caused by, or concomitant with, another disease and may work to magnify the already destructive symptoms present. It is especially common in patients with lung or solid tumor cancers and may be due to the inefficient method of energy production used in those growths.

In patients with cachexia, medical marijuana may be able to help them regain their appetite. Especially with high THC strains, it has been found that marijuana may increase the brain’s receptivity to certain signals. Is medical marijuana right for you? Find out today if you pre-qualify for a recommendation by completing our eligibility survey. If you have questions about the qualifying conditions for a medical marijuana card in Ohio or about becoming a patient, contact us at (877) 899.3626 to speak with a Patient Care Coordinator.