Can Active Duty Military Have a Medical Marijuana Card in Ohio? 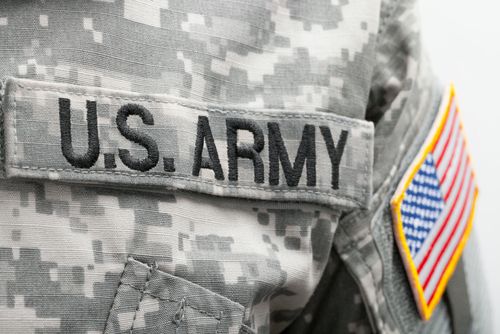 There are currently over one million active duty troops in the United States armed forces, with about half as many in reserves and over two hundred thousand troops deployed abroad. For many of these personnel, medical marijuana is becoming a much more inviting option with current research and societal acceptance espousing its benefits. However, like so many other things, the legality of obtaining a medical marijuana card as an active member of the military is confusing at best.

Can I Legally Use Medical Marijuana as an Active Member of the Military?

To put it simply, no, an active member of the military is not able to use marijuana, be it medically or recreationally, even if the state or country they are currently stationed in have legal use laws. This is because of the conflicting status of marijuana on a state and national level. For example, in Ohio, a state with a medical marijuana program, a registered patient with a medical marijuana card can legally use marijuana obtained from a state-sponsored dispensary. Federally, however, marijuana is a Schedule I drug, making its use in any capacity illegal.

This isn’t the first time we have seen this discrepancy have far-reaching implications. Any public place that receives federal funding, directly or indirectly, must also obey these laws. This is why pharmacies do not carry medical marijuana, despite the Ohio Board of Pharmacy having a key role in the state medical marijuana program, and hospitals largely not allowing patients to use medical marijuana products.

Can I Join the Military if I Use Medical Marijuana?

If you are considering joining the military, but have an active medical marijuana card, the answer is the same. Due to the scheduling of marijuana, even having a state-legal medical card does not exempt you from their prohibition. The background check done on all possible entrants also has access to medical records, as these records may be disclosed under special circumstances.

Unfortunately, many of the men and women who make up our military will experience an injury or illness at some point during their career. Whether purely mental or physical, it is important that they receive the best possible care before, during, and after the incident.

Chronic pain, one of the most common reasons for people seeking out a medical marijuana recommendation, is also very common in active duty military members. Fortunately, those who use medical marijuana have found it very helpful and have even reduced their use of over-the counter analgesics or opioids [1]. This has been supported with other research and systematic reviews [2].

Many service members also suffer from anxiety and depression. These troubles are very complex and may be due to physical problems, mental changes, or any combination of the two. Marijuana is also commonly used among US adults to help relieve these problems, with research finding positive outcomes in many cases. CBD in particular has been found to help anxiety and depression, likely having to do with itself reducing fear and anxiety-related behaviors [3]. It is thought that this may be due to the endocannabinoid system having a major role in mood regulation [4].

Is This Going to Change?

Advocates point to the many positive effects marijuana can have, especially for those injuries and conditions most common in those who serve. The physical and mental benefits of marijuana may be able to help those who have had no luck with traditional pharmaceuticals. As it stands, there are many advocates who are working with the VA to increase the awareness of marijuana as therapeutic along with educating those in powerful positions.

On the other hand, the strong marijuana prohibition also has its own set of advocates who believe that medical marijuana has no place in the armed forces. On their end, they point out the potential dangers of marijuana, including increased heart rate and possible cognitive effects. This can be seen in some places, such as Colorado Springs, that, despite having legalized recreational marijuana, have no dispensaries currently open.

Active duty military are not currently allowed to use marijuana in any capacity. This applies even to those who have a medical marijuana card, a spouse who uses medical marijuana, and those who live in a state where marijuana is legal both recreationally and medically. This due to marijuana being federally illegal, making it so any federal worker cannot use it. For those who are considering joining the military, using medical marijuana may make you ineligible. Though this is the case now, many people are starting to advocate for its use and extending waivers or legalizing it outright.