Can Asthma Patients Use Medical Marijuana? 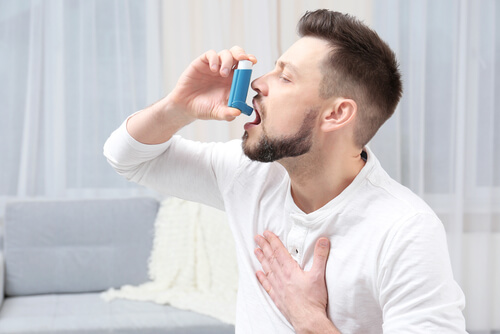 An estimated eight percent of adults in the United States have asthma. That works out to over twenty million people who have some form of the disease. In places where medical marijuana is legal, like Ohio, those who are diagnosed with asthma often question the safety of ingesting marijuana products. Want to find out if you pre-qualify for an Ohio medical marijuana card? Take our easy, online eligibility survey now! If you’d like to speak with a member of our team, we can be reached at (877) 899.3626 Monday through Friday from 9:00 AM to 5:00 PM.

The Science of Asthma

Most people think of asthma as something that causes difficulty breathing after exercise or physical exertion. While this isn’t entirely wrong, more precisely, asthma is a condition characterized by swelling and inflammation in the airways. This swelling can cause breathing to become difficult, resulting in coughing, and a feeling of tightness in the chest. The severity of these symptoms can change from person to person, and may be very minor to life threatening.

Asthma attacks can be caused by a variety of things, including exercise, allergies, and other airborne irritants. During an asthma attack, the airways leading to the lungs, called the bronchi, swell and increase mucus production, while certain immune cells increase in numbers, further increasing the amount of swelling.

To diagnose asthma, physicians may conduct a spirometry test. The test measures the amount of air a person can inhale and exhale, and the speed at which they can exhale. They may also measure how hard a person can exhale to determine the degree of lung degradation. Asthma may also be persistent or intermittent. Persistent asthma occurs on most days, and often at night, while intermittent asthma may happen only a few times a week or month.

The cause of asthma is not known, but several risk factors have been discovered. There is a genetic component, as having a blood relative with a history of asthma can raise a person’s chances of developing it significantly. Exposure to pollutants and irritants, such as cigarette smoke at very young ages is also thought to increase the risk of developing asthma.

At first, many people may say that medical marijuana should not be used by people with asthma because it may irritate the already fragile or damaged airways. This idea is also backed by research. Studies have shown that marijuana smoke contains many of the same dangerous chemicals as cigarette smoke, including carcinogens [1].

However, many people discount the variety of medical marijuana products available and how useful they can be. For example, a patient with asthma may want the fast action of a vape pen but, for the reasons discussed above, are unable to safely inhale marijuana vapor. In this case, marijuana tinctures offer many of the same benefits of vaping, without any of the negative effects on the lungs. While sublingual administration of cannabinoids results in lower bioavailability of certain chemicals than inhalation [2], it allows direct uptake into the bloodstream, bypassing metabolic changes and keeping the cannabinoids from being altered in the digestive system. Medical marijuana also comes in other forms, including topicals and edibles, both of which are safe for asthma patients to take.

Some people, though, may say that it isn’t the route of administration that is most dangerous, but the effects marijuana has on the body. But, unless the person has an allergy to marijuana itself or another chemical in the product, there is no evidence that marijuana can trigger or worsen asthma attacks. In fact, many of the effects marijuana has on the body would be beneficial to a person with asthma. First, CBD has been found to have an effect on immune cells, specifically those that play a key role in inflammation and nociceptive pain [3]. By binding to cannabinoid receptors on these cells, CBD can decrease the amount of inflammatory signals produced by these cells, reducing inflammation and even causing slight bronchodilation.

Asthma is a condition that affects the airways. By causing inflammation and constricting the airways, asthma attacks cause difficulty breathing, tightness in the chest, and severe wheezing. Smoking and vaping medical marijuana can be dangerous for people with asthma, as the irritants in the smoke or vapour may trigger an attack in sensitive individuals. Other medical marijuana products are very safe, and may even provide relief from some symptoms of asthma in certain people. If you are interested in booking a Telemedicine appointment with one of our medical marijuana doctors, simply click ‘BOOK NOW’ at the top of our website. We also offer a quick eligibility survey where you can find out if you pre-qualify for a medical marijuana recommendation in just 5 minutes or less!

[2] A Systematic Review on the Pharmacokinetics of Cannabidiol in Humans

[3] The role of cannabinoids in inflammatory modulation of allergic respiratory disorders, inflammatory pain and ischemic stroke