Can Cardholders Use Medical Marijuana on a College Campus in Ohio? 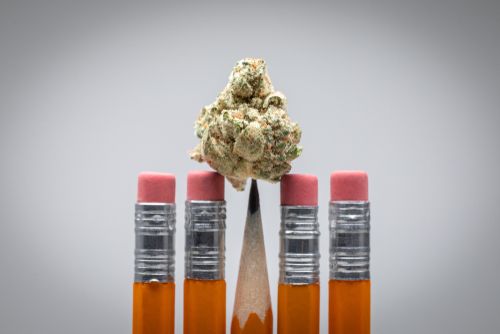 The popularity of medical marijuana has only grown since California became the first state to legalize its use in the nineties. Its ability to help people with both mental and physical conditions has allowed it to find use in many people’s lives for a variety of reasons. Perhaps surprisingly, this includes use on college campuses to help students cope with some of their own conditions. This has made some students have questions regarding their uses and if it is legal to use it on their campus. In this post, we will find out if college campuses allow medical marijuana use.

Do you qualify for an Ohio marijuana card? Complete our online eligibility survey to find out if you pre-qualify today!

Why would college students need medical marijuana in the first place? For many students, college is an extremely stressful time, moving to a new place, meeting new people, and keeping up academically can cause them to feel burnt out very quickly. For students with anxiety disorders, college can compound on these problems, making these problems worse, and cause severe health problems down the line. Stress is so common in college students in fact, that it is estimated that only 1.6% of college students felt no stress over the course of one year [1].

Stress can be categorized into several forms, each having different health effects. Acute stress is stress that comes and goes quickly, like the stress you feel before a test or speech. This kind of stress can cause headaches, high blood pressure, and shortness of breath. Luckily, acute stress is normally not dangerous. If a person becomes stressed very frequently, though, it can turn into episodic stress. Episodic stress has the same symptoms of acute stress, but are built up over time, and can lead to hypertension and other problems. It may also lead to unhealthy coping mechanisms such as binge drinking and eating disorders. The final type of stress is chronic stress. Chronic stress is stress that occurs over a long period of time and is caused by serious lifestyle and environmental conditions. Chronic stress is the most life-threatening and dangerous type of stress, as it heightens the risk of heart attack, stroke, and depression.

Because of the severity of the health issues related to stress, and the degree to which it has permeated college life, colleges are starting to take notice, and are offering many programs to help students feel at ease. Now more than ever, college students are seeking necessary mental health services, one of which being the use of medical marijuana.

We have already seen marijuana being used for anxiety relief, and studies have found that it may be dose-dependent [2]. Marijuana may also help relieve some of the symptoms of headaches we have previously seen, such as headaches, nausea, and insomnia.

College students may also suffer from one or more of the qualifying conditions laid out by their state’s medical marijuana laws thereby, assuming they are above the legal age limit, giving them access to the program. Some students view marijuana as a daily necessity to fight off side effects of conditions or prescription drugs.

At the time of writing, marijuana is still considered a Schedule I drug by the United States government, making its use, even as medicine, illegal. Even still, the Department of Justice has still not laid out clear policies regarding state-wide legalizations, leaving many places, including colleges, in a tight spot.

Colleges are in a similar situation as pharmacies. Both must follow these federal laws due to them being funded (or licensed in the case of pharmacies) by the government. This means that schools must treat marijuana in the same way as any other Schedule I drug, even if the student has a medical marijuana card. This has caused problems for some students, who risk punishment and even expulsion for being caught.

Should Medical Marijuana Be Allowed on College Campuses?

Although there are many positive sides to marijuana use on college campuses, some believe that it may cause problems, with two main arguments being used: Some studies have found marijuana use is correlated with lower GPA, and that those who use marijuana are more likely to skip classes or take longer to graduate, and marijuana use may also be related to developing schizophrenia, a condition that seems to be more likely to become active around college age.

In many cases, the type of marijuana referred to in these studies is highly potent recreational marijuana. Compared to medical marijuana, recreational is going to be much more psychoactive, resulting in more dangerous side effects. It is also important to remember that research is ongoing, and public perception and use is changing. As the culture surrounding marijuana changes, so does the reasons for using it.