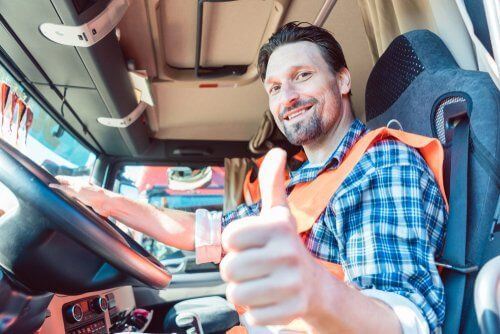 With many states legalizing or advocating for the legalization of both medical and recreational marijuana, more people have questions about the various regulations that are in place for each state. In this article, we discuss the regulations put in place by the U.S. Department of Transportation (DOT) as they relate to the commercial driver’s license (CDL) laws in the state of Florida.

Why Would A CDL Driver Need an MMJ Card?

To drive any of the three classes of commercial motor vehicles (CMVs), one must possess a commercial driver’s license (CDL). In some states a CDL is also needed to operate vehicles like a limousine, bus, or van for hire. The demand for drivers is high because many have gone on to find other careers. This is because it is difficult for them to maintain a healthy lifestyle while sitting for long periods of time and eating generally unhealthy restaurant foods. Those that continue their driving career spend weeks on the road and may develop problems such as obesity, high blood pressure, and diabetes. Many truck drivers use medical marijuana to treat qualified conditions such as anxiety from PTSD, insomnia, or chronic pain.1

With the Federal Drug Administration (FDA) still controlling marijuana laws at the federal level, there can seem to be a blurred line between federal law and state regulations. Things can be especially confusing for truck drivers whose job it is to transport legal marijuana products across state lines, or who hold a marijuana card while also possessing a commercial driver’s license.

The legalization of medical marijuana in Florida has meant the trucking industry has seen greater opportunities for transporting marijuana products, but it has also created challenges around drug testing drivers in commercial driving schools and trucking companies. This is because federally, marijuana “is still considered to be a Schedule I narcotic, which means that it is illegal to consume, sell, or possess in the U.S.”1 Additionally, the DOT strictly prohibits marijuana use by employees considered “safety sensitive,” even if it is legal in the state where they live. For example, a truck driver from Florida who uses marijuana legally in Colorado (a recreational state) could lose their job.

“The DOT says holding an MMJ card is not a valid medical explanation if a transportation employee tests positive for any prohibited drug.”2 This has been the case since 1986 when the federal government implemented the Commercial Motor Vehicle Safety Act. In conjunction, the United States Federal Motor Carrier Safety Administration sets the policy for drug testing which must be followed by truck drivers and trucking companies alike.2 Regarding the process by which Medical Review Officers (MROs) evaluate the drug testing of CDL drivers, The Department of Transportation’s Drug and Alcohol Testing Regulation – 49 CFR Part 40 at 40.151(e) explicitly states:

are prohibited from doing the following as part of the verification process: (e) You must not verify a test negative based on information that a physician recommended that the employee use a drug listed in Schedule I of the Controlled Substances Act. (e.g., under a state law that purports to authorize such recommendations, such as the “medical marijuana” laws that some states have adopted.)3

Trucking companies are required to administer drug testing to new employees before they are hired, at random during their employment, and immediately following any accidents. While anyone can apply for a medical marijuana recommendation, and CDL drivers can technically and legally obtain one, that card is ultimately useless for truck drivers in Florida (and all other states except Rhode Island) who don’t want to eventually find themselves terminated from their position.4