Can I get a Medical Marijuana Card for Bipolar Depression? 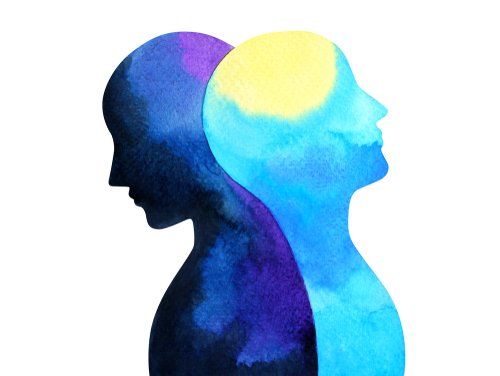 If you live in Florida and are considering getting your Florida medical marijuana card, we can help! Pre-qualify for a recommendation today with our online eligibility survey.

What is Bipolar Depression?

Bipolar disorder is a mental condition characterized by extreme mood swings that include both mania and depression. Mania is an extremely high mood, where the person is easily excitable. This drastically contrasts depression, where the person may lose interest in activities or feel hopeless. Bipolar disorder distinguishes itself from major depression with these huge changes in mood that can take place day-to-day, week-to-week, or even month-to-month.

When manic, the person may experience a range of emotions, acting abnormally energetic and extremely confident. This can lead to lack of sleep and poor decision making. In extreme cases, this can trigger psychotic events.

When depressed, the person can find it difficult to do any daily activity at all and may spend a considerable amount of time in their room or beds. This can put a strain on their relationships, school, and work. These episodes can mark a time when the person experiences insomnia, fatigue, and feelings of worthlessness.

It is important to recognize the stress these swings can place on a person and those around them. If you or a loved one seem to go through periods of euphoria and hyper-productivity followed by an emotional crash, speak with your doctor or a mental health professional.

Is Bipolar Depression a Qualifying Condition?

This answer is not as cut and dry as it may seem on the surface, unfortunately. In 2016, Florida Medical Marijuana Legalization Initiative, also known as Amendment 2, was passed. This began the process of creating a medical marijuana program in Florida.

If you notice, the final two bullets are quite vague compared to the rest and allows certified medical marijuana doctors in Florida a bit of leeway when it comes to their recommendations.

Can Medical Marijuana Benefit Those with Bipolar Depression?

So, the answer to the main question was slightly underwhelming. But for those with bipolar depression, it is worth knowing the pros and cons of medical marijuana. To start, let’s consider the possible benefits.

While scientific research is still progressing and a unanimous viewpoint hasn’t yet materialized, there are studies that show that marijuana can help reduce anxiety. One study in particular found that marijuana use correlated with “significantly reduced ratings of depression, anxiety, and stress” [1]. It also found that marijuana high in CBD was best for reducing symptoms of depression. This has been studied before, and a possible mechanism has previously been found. CBD may act on serotonin receptors in the brain, which are thought to have huge importance in regard to depression [2]. Specifically to bipolar disorder, some studies have also had promising results, including a better and enhanced mood [3].

Unfortunately, there are also some risk that comes with using medical marijuana as somebody with bipolar depression. Similarly to antidepressants, marijuana may actually trigger manic episodes in those with bipolar disorder. It may also lead to higher rates of self-harm during depressive episodes.

For those already diagnosed with bipolar disorder, it is also likely that a drug routine has also been established. This leads to even more complications. It is known that marijuana can interact with many drugs, especially if ingested orally. These interactions can have many effects on the body and may lead to unintended consequences. If someone with bipolar depression is using, or is considering using medical marijuana, it is crucial to speak with a doctor regarding all possible benefits and dangers.

Bipolar depression is a serious mental disorder marked by extreme changes in mood. These mood swings can last days and weeks or longer. These shifts in mood can lead to many problems in a person’s life. If a person with bipolar depression were to seek a medical marijuana recommendation, the final call would be up to the physician as outlined in Senate Bill 8A. While marijuana can help raise the mood and fight depression in those with bipolar disorder, it may also trigger a manic episode or worsen depression symptoms in some users. If you or a loved one experience any of the symptoms of bipolar disorder, speak with a doctor or mental health professional.