Can I Give Medical Marijuana to My Pet in Ohio? 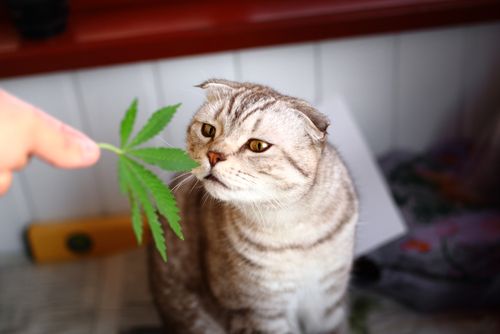 More and more people are starting to use medical marijuana and everyone from physicians to politicians are beginning to embrace the trend. Because of this new wave of acceptance, people have started to push the boundaries of what was once thought possible with the plant. If someone from thirty years ago was told that marijuana would not only be legal, but recommended by doctors across the country, they wouldn’t believe it. Now, we use to help treat and relieve a variety of ailments with growing success. Some people, though, have started to ask if the same benefits can occur within our furry friends. In this post, we will look into the science and research of marijuana and our pets.

Can Marijuana Help Our Pets?

Although sad to think about, the fact is that our pets are likely to experience a disease or illness at some point in their life. For example, arthritis is one of the most common diseases in both dogs and cats, with the risk of it developing increasing with both size and age [1].

In humans, the consensus on the benefits of marijuana use in those with arthritis has become more concise over time, with most experiments showing a dramatic increase in the user’s quality of life [2]. For this reason, arthritis is included in the qualifying conditions in several states. It has also been found that dogs have an endocannabinoid system, like us. Combine this with the availability of marijuana for humans with arthritis and you may be tempted to think that a high CBD dog treat may help put the “spring” back in springer spaniel.

Perhaps surprisingly, some people have taken this a step further, and have begun giving their pets medical marijuana [3], believing it can calm their pet during stressful situations such as storms or long vacations. In this case, it is similar to a person taking it to calm their own anxiety. Some veterinarians have sent out warnings, though, saying that there is a lack or formal scientific backing on the safety and efficacy of marijuana in pets. This may change in the future, but for now, there is not much scientific backing for the benefits of medical marijuana in most other animals (barring humans and some lab rats).

Of the studies that have been done, though, some have shown promising results. One study on the pharmacokinetics on CBD in dogs showed that both orally and intravenously administered CBD showed up in their blood plasma after several hours, meaning that there can be at least some effect when ingested in pets, though the oral CBD was likely only slightly absorbed [4]. Another, 2018, experiment showed even more exciting results when CBD oil was given to dogs with a form of arthritis, finding that the dogs given the oil showed both an increase in activity and a decrease in pain [5]

On the other hand, though there is not much certain evidence saying marijuana is beneficial to pets, there have certainly been cases where marijuana is harmful to animals. Some vets believe that dogs may even have stronger reactions to marijuana even in smaller doses, due to a higher number of cannabinoid receptors.

Both cats and dogs can become intoxicated by marijuana, whether it be through second-hand contact, eating an edible (more on this later), or even directly eating plant matter. Pets are also more susceptible to highly concentrated products, which can cause serious problems in some animals. Certain edibles may even contain compounds that are deadly to pets already, including chocolate and raisins.

Likely due to the legalization and availability of medical grade marijuana, one study has found a nearly fourfold increase in accidental marijuana ingestion cases between 2005 and 2010 [6]. In most cases, marijuana ingestion in pets does not result in death. There are some signs, however, that any pet owner with easy access to marijuana should look out for. If your pet has dilated pupils, is hyperactive or is making more noise than usual, is drooling excessively, or is leaking urine or vomiting, they may have ingested a large amount of marijuana. If this is the case, they should be taken to the veterinarian for treatment. There, the vet may try to induce vomiting to get any undigested marijuana out of their system. This won’t remove what has already been absorbed but will limit further intoxication. Afterwards, the vet may give them activated charcoal to draw out any toxins and offer supportive care.