Can I Use Cannabis Before and After Surgery? 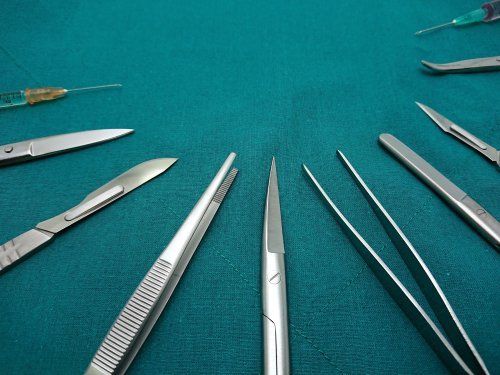 Marijuana and health are becoming more and more intermixed as time goes on. People are beginning to realize the physical and mental benefits medical marijuana can offer in day to day life and have started using it to help themselves in ways traditional pharmaceuticals have been previously unsuccessful. However, for those with chronic conditions that require the use of other drugs or surgeries, it is vital to be aware of the potential interactions or effects caused by marijuana. In this post, we will look into if marijuana is safe to use before or after surgery.

Marijuana and Other Drugs

When ingested, marijuana undergoes quite a bit of changes in the body. Edibles, for example, pass through the digestive tract before being absorbed, resulting in many important changes to the chemistry. Similarly, when other drugs pass through the body, they are changed themselves. This is vital to the science of pharmaceuticals. After all, what good is a drug that is active outside the body but changes to an inactive form when ingested?

In marijuana’s case, there are many different forms and methods that are all changed in different ways. Whether it is through inhalation, sublingual application, or ingestion, there are many possible places marijuana can interact with other drugs. Notably, these drug interactions can have many different results, and may not just add together or cancel each other out. As a general example, marijuana may interact with any drugs that are processed within the liver, these include acetaminophen, alcohol, and, importantly, anesthetics.

There is an effect in drug metabolism known as the “first pass effect”. The first pass effect occurs when a drug’s concentration is lowered before reaching the bloodstream. Essentially, it means that if you take 100mg of a drug, it doesn’t necessarily mean that 100mg ends up circulating around your body. Certain methods of application bypass first pass metabolism, including the previously mentioned inhalation and sublingual methods. In such cases, it may be interesting to compare the oral and sublingual doses, as in most cases, the sublingual form will have a much lower concentration with drugs susceptible to the first pass effect.

Marijuana Use Before Surgery

The interactions we have looked at up until now have all occurred when the drugs are introduced concurrently, but what about hours, days, or weeks later? In these cases, there may not be any immediate drug-on-drug interactions, but long-term use of marijuana can change the way pharmaceuticals react in the body.

Another thing to consider is the effect of marijuana on the heart and vascular system. Some studies have shown that marijuana use can have adverse effects on the heart over time. In the short-term, marijuana has been shown to both increase heart rate and lower blood pressure. For those with hypertension, this can be beneficial in some cases. Before surgery, however, this can cause problems both with anesthesia dosage and the physical aspect of the surgery as well.

These findings have come to light in the real world as well. Physicians in Colorado have started to come forward by describing their issues caused by legalized marijuana. Due to the length of time marijuana has been legal in Colorado, its use is very high across the state. Because of this, surgeons and anesthesiologists must be very aware of the physical effects caused by marijuana, along with the previously mentioned drug interactions. These doctors have also made note of the increased tolerance of marijuana smokers in regard to common anesthetics, citing possible side effects due to their higher doses including even lower blood pressure and lessened cardiac efficiency.

The effects of marijuana after surgery are even less researched than its effects beforehand. In some cases it seems to be beneficial, while in others it can cause problems. For example, those who have had surgery near the abdomen are recommended to stay away from smoking marijuana due to the risk of cough which could cause further damage to the area. Some people, though, have had some success with using marijuana as a pain or inflammation reducer after surgery. In these cases, marijuana can offer some relief though it is highly recommended to speak with a physician before using it.

Overall, marijuana can have a variety of effects within the body, especially when combined with other drugs. These go beyond simple additive or subtractive effects and can include dizziness, nausea, and anxiety. During surgery specifically, marijuana can react with many common anesthetics, raise the necessary amount of anesthetic for surgery, and lower blood pressure. All of these can cause problems for both the physician and the patient. Post-surgery, marijuana may cause problems in certain cases, or raise the risk of injury due to misuse, but may also provide relief to some users. In all cases, it is vital to speak with a physician honestly regarding marijuana use both before and after surgery, including both past and present use.