Can Marijuana and Antibiotics Be Used Together? 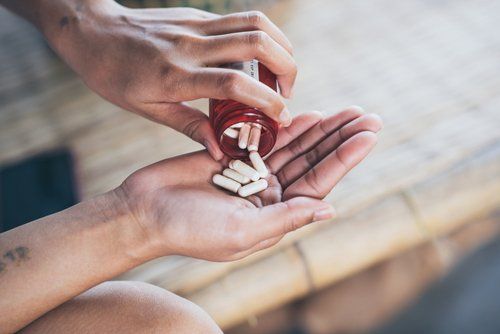 If you’ve ever gotten sick, there is a good chance that you have been prescribed antibiotics before. When describing the procedures of taking these medications, your physician will warn you about combining the medication with alcohol – but what about with marijuana?

The use of medical marijuana was approved in 2016 for Floridians who suffer from a state-approved qualifying condition. If you are suffering and want to see if getting your Florida medical marijuana card is a viable option, taking this pre-qualifying survey will allow you to see if you are eligible for getting your recommendation from a Florida Medical Marijuana Physician.

Antibiotics are prescription medications that fight bacterial infections in both people and animals. They work by either killing the bacteria or by making it hard for the bacteria to multiply and grow.

Antibiotics can be taken in various ways:

Antibiotics should not be used to treat viruses that cause sore throats, runny noses, and coughs. This is because these illnesses typically get better on their own, without the need for medications.Taking antibiotics when they are not needed will not help a person get any better and they could end up getting the unwanted side effects from the antibiotics.

How Do They Affect Your Body?

Antibiotics fight bacterial infections by either killing bacteria or slowing and suspending its growth. They do this by blocking protein production in bacteria, attacking the wall or coating surrounding the bacteria, or interfering with the bacterial growth.

Each year, 2 million people are infected with antibiotic-resistant bacteria, resulting in at least 23,000 deaths.

When taking antibiotics it is always important to follow the directions carefully. Always finish your prescription, even if you feel better. Stopping the medication too soon can result in some of the bacteria surviving and regenerating to re-infect you. Never share your medications with others and never save them for later.

How Cannabis Interacts with Medication

Everything that you put in your body will have a chemical or physiological reaction – or consequence. No matter what it is, there will be some type of biological reaction. When it comes to antibiotics, there are certain things that are important to avoid. Alcohol is one of the things that a person might not want to mix with medications, but what about cannabis?

For the most part, cannabis has a reputation as being a safe medication in terms of its toxicity and overdose potential. However, the plant’s interaction with other forms of medication has not really been researched in depth. There are also no major reports of people suffering adverse effects, either, so it is difficult to judge.

Cannabis has been known to react negatively with many drugs including ibuprofen, morphine, and SSRIs but antibiotics are not recognized as being contraindicated.

Although the risk is minimal, there is always the chance of having an adverse reaction whenever you mix marijuna with other medications. For example, marijuana is known to inhibit certain enzymes that are produced in the liver that are responsible for the biosynthesis of certain antibiotics. If marijuana is inhibiting these enzymes, you are more likely to suffer from the side effects caused by these antibiotics such as troleandomycin, miocamycin, and erythromycin. These side effects include vomiting, nausea, and diarrhea.

If you have any questions, always consult with your marijuana doctor. They might advise you to take a break from your medicalmarijuana when you are taking antibiotics. Marijuana has the ability to exacerbate the problem and compromise your overall health.

Most importantly, avoid vaping and smoking marijunana to avoid a lung or respiratory infection. You can medicate by using other forms of medical marijuaua such as swallowing a capsule, eating an edible, wearing a patch, or taking a sublingual oil.

Some research is showing that marijuna might have antibacterial properties.

Researches at McMaster found that the cannabinoid cannabigerol (CBG) is not only antibacterial but also effective in mice against a resilient family of bacteria known as methicillin-resistant Staphylococcus aureus (MRSA).

The CBG prevented the ability of MRSA to form biofilms, which are groups of microorganisms that attach to each other and to surfaces. It also destroyed preformed biofilms and cells resistant to antibiotics. CBG was able to do this by targeting the cell membrane of the bacteria.

An Italian study done in 2008 tested at the antibacterial effects of all five major cannabinoids found in marijuana: cannabidiol (CBD), tetrahydrocannabinol (THC), cannabigerol (CBG),  cannabinol (CBN) and cannabichromene (CBC). The different cannabinoids were tested against a variety of antibiotic-resistant Staphylococcus aureus. The research showedthat all five cannabinoids were effective against the bacteria.

Another research team from University of Southern Denmark, has published a scientific study proving the effect of CBD on bacterial growth. Ihe study, published in the journal Scientific Reports, CBD was used to enhance the effect of the antibiotic bacitracin against Staphylococcus aureus bacteria. Multidrug-resistant clones of this pathogen have spread globally and in some countries, treatment of bacterial infections with these resistant bacteria are difficult.

When we combined CBD and antibiotics, we saw a more powerful effect than when treating with antibiotics alone.