Can Marijuana Boost Your Self-Esteem in Ohio? 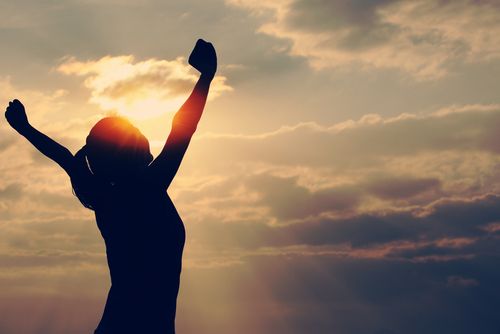 Can Marijuana Boost Your Self-Esteem?

Cannabis has been known to open minds to new perspectives and allow some to see problems from different angles. Among the many benefits of marijuana, it may bring new ideas and head space to unrealized connections in relationships of all types. Can marijuana really boost your self-esteem? Many seem to think so [1].

If you’re wondering if medical marijuana (MMJ) is right for you, schedule an exam with one of our Ohio Medical Marijuana Doctors. Completing our eligibility survey takes only 5 minutes. Find out if you pre-qualify for an Ohio medical marijuana recommendation!

Most people know that alcohol is often referred to as “liquid courage,” but what effect does marijuana have on self-esteem? Low self-esteem and lack of confidence affect millions, often stemming from negative experiences and traumas from early on in life. Even children who are provided with a lot of positive affirmations can tend to feel less worthy than they really are. Unfortunately, parenting doesn’t come with a manual, and despite their best efforts, parents don’t always “get it right.” Of course, parents aren’t always to blame. As the saying goes, “It takes a village.” People are influenced by teachers, romantic interests, co-workers, other family members, and even friends. Bullying, belief systems, society, and the media are other examples of things that can impact a persons’ view of themselves [3]. Regardless of the source for a persons’ low self-esteem, these feelings can follow children through to adulthood. And let’s not forget to take a good look in the mirror – because people just aren’t perfect, they are sometimes their own worst enemy. People often make mistakes, as well as engage in negative and damaging self-talk [1].

Marijuana induces relaxation and lowers inhibitions, relieving anxiety. Of course, it cannot erase all negative emotions, nor should it be expected to do so. It does, however, make these feelings seem to be less threatening. It lowers the fear that some have of socializing, and as such, fosters greater connections. Choosing the right strain can help. For example, sativas are known to create more energy in a person, versus an indica that is more quieting and calming. That’s not to say an indica will cause a person to feel insecure, but it may relax a person to where they would rather head to bed than socialize. For some, a hybrid of sativa and indica is the best mix of relaxation and cerebral energy [2].

SAD, short for Social Anxiety Disorder, affects millions. Those affected fear gatherings, whether large or small, because they think they will be judged, embarrassed, or humiliated. They also have a fear that they may offend others without realizing it. The combination of their fears makes socializing almost impossible, if not just unbearable, so they isolate themselves to avoid these types of situations. In addition, their anxiety may induce other health concerns, such as heart palpitations (or a racing heart), digestive issues, confusion, and shakiness. Marijuana helps relax those with SAD, or anyone who experiences anxiety in general, and boosts self-confidence [2].

The inner critic can take its toll on a person over time, and introverts seem to suffer most from it. Since there are slightly more introverts than extroverts out there, it isn’t surprising to see that marijuana has become more widely accepted as a successful treatment for anxiety. Member “Faemonsta” of lonerwolf.com appreciates the “smoother edges” that marijuana can provide. Of using marijuana for anxiety, they said, “Smoking really helps me center myself when I’m feeling overly anxious or socially worn out. It helps me sit down and think about what’s really important and focus on the outside reality instead of what’s going on in my head” [4].