Can Marijuana Use Lower My Chances of Getting Pregnant in Ohio? 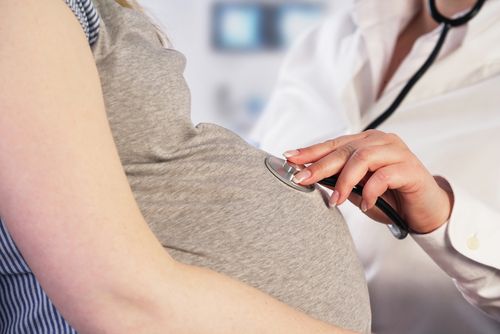 Marijuana use is becoming increasingly common and many people are beginning to recognize the huge number of effects its use can have on their body. One common question is “how can marijuana affect the male and female reproductive systems?”. Certain ideas have been around for generations but now we will look into the research surrounding the question and see exactly what might be happening to sperm and egg cells after consuming marijuana.

If you would like to know if getting an Ohio medical marijuana card is right for you, schedule an exam with one of our Ohio marijuana doctors. You may complete our online eligibility survey in just 5 minutes to find out if you pre-qualify for a recommendation.

Philip Ghezelbash wrote a great article covering this topic for Rx Leaf recently, pointing out some important studies. One such study shows the interesting effects marijuana can have on the length of the menstrual cycle.

The menstrual cycle is comprised of several different parts, these are: the menstruation phase, the follicular phase, the proliferative phase, ovulation, luteal phase, and the secretory phase. All phases are marked by both physiological and hormonal changes. The study in question showed that marijuana use was correlated with a longer follicular phase, resulting in delayed ovulation [1]. This result was also found in Rhesus monkeys (who have similarly regulated menstrual cycles) who had been given THC during specific menstrual phases [2].

Some researchers believe that these changes are caused by marijuana’s effects on the HPO (hypothalamic-pituitary-ovarian) axis [3]. In short, it is thought that THC can suppress certain hormones, causing a cascade of effects in the pituitary gland. These hormones are responsible for several key processes, including promoting follicular maturation and inducing ovulation.

The ECS may also control some processes that take place following fertilization. Specifically, it has been shown to help guide the fertilized egg to implantation sites in the uterine wall [4] and regulate the development of the placenta [6]. Though this is not a direct linkage between marijuana and female fertility, it certainly suggests that cannabinoids may affect these mechanisms when consumed.

Philip Ghezelbash’s article also points out the opposing findings common in a growing area of research, giving two great examples. One study shows ingesting marijuana (at least at some point) with higher sperm counts and the other correlating marijuana use with lower sperm concentrations.

At the time of writing, research tends to favor marijuana slightly lowering male fertility via lower sperm counts and concentrations [7]. Other studies even show marijuana changing sperm production and morphology [8].

In the HPG (hypothalamus-pituitary-gonadal) axis, the male counterpart to the HPO, the ECS is also highly concentrated and influential. In fact, some research shows males as being even more sensitive to changes in endocannabinoid levels than females [9]. Individual sperm cells even express both CB1 and CB2 receptors, leading some researchers to say they have their own fully functional ECS [10].

Marijuana’s effects on the HPG are still being researched and current findings are somewhat contradictory [11]. Currently, it seems as though marijuana use raises estrogen levels while simultaneously lowering testosterone concentration in males. Animal studies also show some detrimental effects, including reducing testicular size and activity [12]. It is important to note, though, that these findings have been replicated in humans.

Overall, marijuana very likely does have at least some effect on fertility in both males and females. Whether this is as striking as affecting menstrual cycles and changing how sperm cells functions is still up for debate. Of course, if you are considering getting a medical marijuana recommendation, always talk to your physician regarding any questions and concerns you may have.