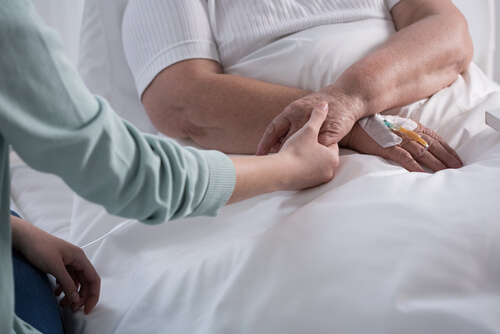 Palliative care is an increasingly discussed form of caregiving, many people are still not totally familiar with it. Some people may use it interchangeably with hospice care, others think it is solely focused on end of life care, but both are not quite right. Palliative care also has a long history and is still evolving, with many new and exciting approaches being developed even today. Maybe unsurprisingly, one of the most discussed and exciting additions to palliative care is medical marijuana, though some may still not quite believe it would be helpful or even think it would be dangerous. If you, or someone you know is looking for an affordable Ohio medical marijuana recommendation, the team at DocMJ is here for you! We can easily be reached at our website where we offer an eligibility survey which can tell you if you pre-qualify instantly!

Why Palliative Care is Important

Palliative care is one of the most important forms of caregiving. It is a form of care that works to improve a person’s quality of life when battling life-threatening illnesses through a range of practices. These practices can be anything from pharmaceuticals to spiritual practices via a more holistic approach than more traditional methods. Palliative care can involve a team of nurses, doctors, therapists, and other workers that aim to make the patient happier and more comfortable.

While this may seem focused on terminal illnesses, or those that are nearing the end of their life, this is not always the case. Palliative care is becoming more common in hospitals and other facilities that house patients of all ages. Originally, palliative care was most commonly applied to cancer patients, but can now be found in treatment plans for other chronic illnesses, like M.S.. The need for palliative care is also increasing, with the United State’s ageing population and high number of deaths caused by degenerative or chronic conditions globally [1].

Some people may say palliative care is less important than curing the disease or condition, but it is important to see the value in making a person’s life easier when dealing with chronic conditions. Someone with muscular dystrophy may be in constant pain, stopping them from being able to enjoy their hobbies or see their friends. These challenges can cause anxiety, depression, and many other mental health problems that can eventually lead to worsening physical symptoms and an unwillingness to continue their treatments. While palliative care’s focus may not be working to cure the illness, it can be an important tool to keep the patient supported and ready to face the difficult journey they may be on.

People already familiar with the benefits of marijauna may already be able to see how well it fits in with the palliative care philosophy. The diversity of medical marijuana products also means that it can be used by a much wider variety of people than other treatments and pharmaceuticals. In fact, there are already several cannabinoids that are currently being used in palliative care practice, such as Dronabinol and Nabilone.

The most common reasons for use of medical marijuana in the United States are for palliative care [2]. By far, pain management is the most commonly cited reason for seeking out and using medical marijauna, and for good reason. The cannabinoids produced by mariuana have been shown to have analgesic effects for both neuropathic and nociceptive pain [3]. The third most common reason for seeking out treatment with medical marijuana was found to be relief from stress, anxiety, and depression, three other common targets of palliative care [4].

So, it seems like medical marijuana and palliative care would be an ideal fit, but what about the physical needs of patients while undergoing treatment? Well, medical marijuana isn’t limited to pills, liquids, or concentrates, there are many forms and methods of application that allow easy access for people with a range of needs. For example, someone with chronic pulmonary or muscular issues may be unable to use a vaporizer, but still need the rapid onset of effects caused by inhalation. In this situation, tinctures allow a couple of drops of marijuana concentrate to be placed under the tongue and quickly absorbed into the bloodstream. Depending on the circumstances, there is likely a form of medical marijuana that can easily be used.

In short, yes. Medical marijuana can absolutely benefit patients undergoing palliative care, and it is already happening. Several of the qualifying conditions in Ohio are also common reasons for seeking out palliative care, and there are many patients that are already using medical marijauna as a treatment. The anxiolytic and analgesic effects in particular are of great use for people who experience secondary symptoms of a disease or condition. When using medical marijuana, it is important to consider which form is best for you. If you want to know more about medical marijuana, or find a nearby Ohio medical marijuana doctor, DocMJ is here to help! Our website offers answers to commonly asked questions, more blog posts, and an eligibility survey which can tell you if you may instantly pre-qualify for a recommendation!

[1] A Method for Defining and Estimating the Palliative Care Population

[2] Risks and Benefits of Marijuana Use

[3] Analgesic and antiinflammatory activity of constituents of Cannabis sativa L