Can Medical Marijuana Help Individuals with Down Syndrome? 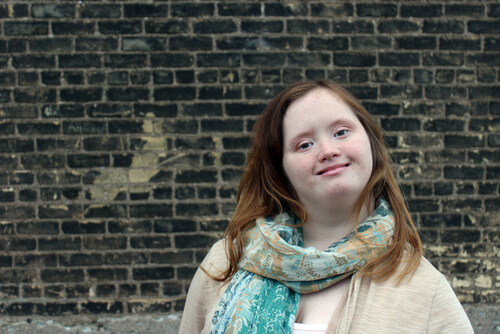 Down Syndrome is the most common chromosomal condition in the United States. According to the Centers for Disease Control and Prevention, approximately one in every 700 babies in the US is born with Down syndrome, resulting in around 6,000 new diagnoses each year. [1]

Down Syndrome is not a disease and cannot be cured; however, medical marijuana might help improve the daily lives of those who have been diagnosed with the condition. To book an appointment for your Medical Marijuana Card with a Qualified Florida Medical Marijuana Physician, click here.

The History of Down Syndrome

It wasn’t until the late nineteenth century when an English physician, John Langdon Down, published an accurate description of a person with Down syndrome. Although other people had previously recognized the characteristics of this condition, it was Down who described the condition as a distinct and separate entity in 1866. [2]

Then, in 1959, Jérôme Lejeune, a French physician, identified Down Syndrome as a chromosomal condition. He found that instead of the typical 46 chromosomes present in each cell, there were 47 in the cells of individuals with Down Syndrome. Later it was determined that an extra copy of chromosome 21 results in the characteristics associated with Down syndrome. In the year 2000, an international team of scientists successfully identified and cataloged each of the approximately 329 genes on chromosome 21 which opened the door to great advances in Down syndrome research.

What is Down Syndrome?

Down syndrome is a condition in which a person has an extra chromosome, which are small components of genes in the body. Chromosomes determine how a baby’s body develops during pregnancy and how it functions as it grows both in the womb and after birth. Typically, a baby is born with 46 chromosomes, but babies with Down Syndrome have an extra copy of chromosome 21. Having an extra chromosome is medically referred to as ‘trisomy,’ and Down syndrome is referred to as Trisomy 21. This extra copy changes how the body and brain develop, which can result in both mental and physical challenges for the baby.

Some common physical features of Down syndrome include: [1]

Types of Down Syndrome

There are three different types of Down syndrome. The physical features and behaviors tend to be similar between the three, so people often can’t tell the difference between each type without looking at the chromosomes.

Cannabis and Down Syndrome

People have an endocannabinoid system (ECS) that exists in all vertebrae throughout the body. It helps regulate crucial functions such as homeostasis, sleep, appetite, and pain. The body produces its own endogenous cannabinoids, which modulate and activate the ECS’s various functions, but it can also be modulated and activated by cannabinoids found in the cannabis plant.

The ECS plays a big role in cognitive health and function, particularly through the activity of the cannabinoid type-1 (CB1) receptor. These CB1 receptors are abundant in the brain and ECS dysfunction has been linked to depression and other neurological disorders.[4]

Recent research suggests that the ECS may be also involved in Down syndrome. For example, a study done in 2008 found that people with Down syndrome tend to have increased activity among their Cannabinoid Type 2 (CB2) receptors and the enzyme DAAH (which breaks down the endocannabinoid, anandamide) in their beta-amyloid plaques. [5] Then in 2014 an animal study found that blocking the enzyme that breaks down the endocannabinoid 2-AG reduced beta-amyloid levels, and improved long-term memory and some other cognitive deficits in mice with Down syndrome. [6]

A study conducted in 2019 found that mice with Down syndrome tended to have more Cannabinoid Type 1 (CB1) receptors in their hippocampus than mice without the condition. This area of the brain is responsible for memory, and the researchers found that blocking these CB1 receptors with medication or gene therapy restored deficits in their memory, synaptic plasticity, and encouraged the growth of new brain cells in the adult brain.

Now, these findings alone do not confirm that the ECS is dysfunctional in those with Down syndrome; however they do suggest that cannabinoid-based therapies could help improve the symptoms caused by the condition. In fact, a review from 2018 found that the two most popular cannabinoids, CBD and THC, were able to reduce the presence of amyloid plaques and damaged neurons in humans and animals with multiple conditions.

Cannabinoids have been found to protect against a range of other Down syndrome symptoms- from impulsivity to gastrointestinal issues, sleeping problems, and seizures.

One 2017 clinical study found that Sativex, an approved cannabinoid-based medicine, improved hyperactivity, impulsivity, and other symptoms in people suffering from ADHD. This can also mean that cannabis can help people with Down syndrome who have difficulty focusing and impulsive behavior.

Additionally, people with Down syndrome often suffer from gastrointestinal symptoms such as vomiting, abdominal pain, diarrhea, and constipation. There’s evidence that cannabis can help manage these symptoms as well.

Furthermore, there’s some evidence that the cannabinoid CBD may help improve sleep. For example, a 2019 study found that CBD improved sleep issues in 67% of the 72 study participants.  CBD can also help with the seizures that occur in about 8% of people with Down syndrome. In fact, there has even been a CBD-based drug that received FDA approval for treating specific seizure conditions.

There is also anecdotal evidence that CBD oil may improve Down syndrome symptoms. Specifically, parents of children with Down syndrome have reported that their kids are able to speak more clearly and in longer sentences,  have better attention and focus, improved mobility, and less seizures.

In 2016, Florida passed a law which allowed qualified Floridians to legally obtain medical marijuana products. Overall the process is quite simple as long as you meet the following requirements:

Below are the approved Qualifying Medical Conditions: