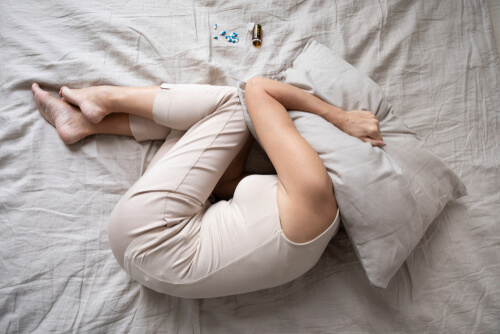 Medical marijuana has been touted as a great option for people suffering from pain, muscle spasms, and other physical problems. But how does it fare against less corporeal issues, like anxiety or depression? Our understanding of marijuana’s effects on our emotions and behaviors may not be perfect, but current research suggests that there may be more benefits to marijuana beyond somatic healing. If you think an Ohio medical marijuana card may be right for you, the team at DocMJ is here to help! Book an appointment on our website or start by taking our easy, online eligibility survey which can tell you if you instantly pre-qualify for a recommendation!

Luckily, there has been a recent rise in societal attention on mental health and its importance, and this is reflected in research too. Since the forties, there has been an almost exponential increase in studies focused on self-destructive behaviors and its various causes and forms. Through this research, it has become clear that everyone can engage in destructive behavior and at any age. However, there are some factors that raise the risk of a person behaving in a self-destructive way.

Research has shown that anyone can engage in self-harm, even those with no past history of mental illness [1]. However, people with pre-existing mental illness, or a history of engaging in destructive behavior, are more at risk of starting again or continuing. People who are insecure in their relationships, whether romantic, platonic, or familial, and those who have had a traumatic life event are more prone to developing self-destructive behaviors also.

Self-Destructive behaviors can be a big problem for people, and their severity can depend on many factors. Because of this, some people write them off as unimportant or trivial. Over time, even the “small” acts of self-harm can add up, causing big problems down the line.

Marijuana may seem like a strange choice as a mental-health aide for people, but current research shows that there may be more benefits for people than previously believed. There have been several studies that have shown CBD to have anti-anxiety properties, which may help reduce the likelihood of developing self-destructive behaviors in some people. Though the mechanism is not yet totally understood, it was found that CBD was able to activate the 5-HT1A serotonin receptor [2]. While this may seem insignificant, activation of this receptor has been tied to many important body functions, including decreasing aggression, facilitation of arousal, and decreased impulsivity, all of which may also help reduce the incidence of self-destructive behaviors.

In cases where self-destructive behaviors are brought on as a reaction to other physical symptoms, such as chronic pain or fatigue, both of which may psychologically affect a person in many ways, marijuana may be able to help as well. In addition to helping reduce chronic pain and inflammation, marijuana has also been found to reduce muscle spasms in MS and Parkinson’s patients, fight nausea and vomiting in cancer patients, and reduce the number of seizures in people suffering from epilepsy [3]. So, even if marijuana may not directly reduce the incidence of self-destructive behaviors in some people, it may help fight the underlying causes of such behaviors.

Self-destructive behaviors are a common symptom of other mental illnesses, though also may not be linked to any illness at all. Anyone can engage in self-destructive behaviors, and, over time, they may add up to large health risks in some people. Marijuana may be able to help reduce self-destructive behaviors caused by or related to anxiety and depression, or other physical problems, such as chronic pain and fatigue. If you, or someone you know, is searching for an affordable Ohio medical marijuana recommendation, look no further! We can easily be reached online where you can find answers to frequently asked questions, other informative blog posts, and an eligibility survey which can tell you instantly if you pre-qualify for a recommendation!

[3] Risks and Benefits of Marijuana Use