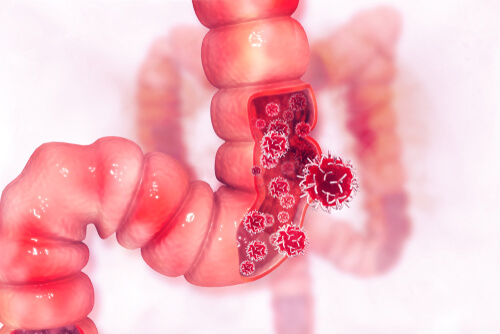 Marijuana and cancer has been a hotly debated, and researched, topic for a while now. It’s easy to find examples from both sides of the spectrum, with some people claiming marijuana to have almost legendary powers of healing to others dismissing it as a passing trend with little to no medical use. Like most times, truth lives somewhere in the middle, but where in the middle is the interesting part. If you, or someone you know, is looking for an affordable Ohio medical marijuana recommendation, the team at DocMJ is here for you! We can easily be reached at our website where we offer an eligibility survey which can tell you instantly if you may pre-qualify!

Colorectal Cancer and Its Impact

March is colorectal cancer month, so it is a great time to discuss what it is and how it affects so many Americans. Some people may better recognize colorectal cancer as one of it’s other names, such as bowel cancer, colon cancer, or rectal cancer. It is a cancer that originates from tissues in the colon or rectum, the final parts of the digestive tract.

To diagnose the cancer, physicians may take a small amount of suspicious tissue to aid in identification. Commonly, colonoscopies will be used to find early markers for colon cancer. If a large tumor is found, the doctor might then perform a biopsy to identify possible cancerous cells.

As for treatments, if cancer is diagnosed, the patient may undergo immunotherapy, chemotherapy, or radiation therapy. Due to the invasiveness and side effects of these treatments, many people will look into secondary therapies to help increase their quality of life. Some people find great success with non-traditional treatments like yoga, meditation, or medical marijuana.

Depending on the time, place, and who you spoke to, you may have heard some extreme things about marijuana’s effect on cancer. Some sources have reported it can shrink tumors of all kinds, while others say it actually increases the risk of it developing. This can be very confusing, so it is important to keep in mind that the research is still coming out and very small changes between experiments can result in huge differences in results. For example, animal studies are not perfect representations of how something would happen in humans, but they are very promising starting points for future research. Even some studies that show strong results happening in humans may totally account for every variable. So, until the scientific community has reached an overall consensus, it is important to keep expectations in line.

That said, the research on marijuana’s effect on cancer has been mixed. We will start by looking at some of the more critical studies. One 2019 study found that sustained marijuana use was linked to an increased risk of developing testicular cancer. The paper was a systematic review, taking into account a number of papers and their results, weighing each accordingly [2]. However, this study stresses that the evidence was weak, and the development of testicular cancer does not correlate to the development of colorectal cancers. The strongest link between developing cancer and marijuana use is found in the lungs. Some forms of smoked marijuana have been shown to have levels of toxins comparable to that of tobacco and have been linked to increased risk of cardiovascular problems and chronic cough [3].

On the other hand, marijuana has been found to also be neuroprotective and have anti-tumor properties in specific scenarios. Its most common use as of today, however, is as a complement to traditional cancer therapies and treatments as a way to reduce side effects and fight certain symptoms. For example, marijuana can be used to fight CINV, a common side effect of chemotherapy, and increase appetite in cancer patients suffering from wasting syndrome. Medical marijuana can also help users who experience chronic pain due to cancer or other diseases, and may even help fight anxiety and depression.

Because of the conflicting findings of current research, it may be difficult to apply one person’s experience to another. One study may have found that cannabinoids in marijuana have potent anti-cancer properties while another found it increased the risk of developing the disease. As it stands, most of the research linking marijuana use to increased risk of cancer seems to mainly incriminate smoked forms of marijuana, as the wrappings and combustion can create toxins not found in concentrates or edibles, for example. For most people, marijuana is best used as a way to fight the pain or nausea associated with cancer treatments, with many of its other effects adding additional benefits to its use.

There is not much evidence that marijuana can cure cancer in humans. Currently, there are many promising findings showing that in the future, marijuana and its derivatives could be used as alternatives to today’s medicines, but using medical marijuana alone will not likely result in a cure. Marijuana works best when used in conjunction with traditional methods of fighting cancer, amplifying their benefits and reducing their shortcomings. If you have any questions about medical marijuana and its safety or efficacy, DocMJ can help and get you in contact with a certified Ohio medical marijuana doctor through our website.

[2] Association Between Marijuana Use and Risk of Cancer