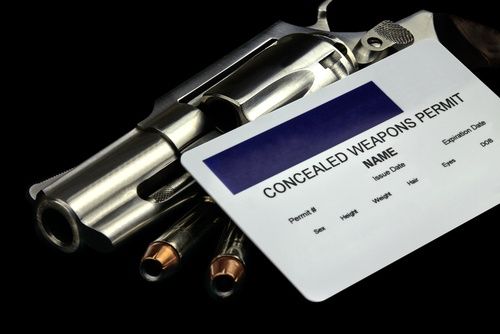 As an American citizen, it is your second amendment right to be able to purchase and own a gun. [1] To some people this may be very important, so it is important to know the facts about how having a medical marijuana card might affect your ability to own, carry, or purchase a gun in Florida.

As of now, the states and the federal government have different opinions on the use of medical marijuana. Despite 46 states having medical marijuana legislation, marijuana is still illegal under federal law. The federal government regulates drugs through the Controlled Substances Act (CSA) (21 U.S.C. § 811). This Act does not differentiate between the use of medical and recreational reasons. [2]

Marijuana is treated just like every other controlled substance. It is even labeled as an equivalent to cocaine and heroin. The federal government puts controlled substances in specific categories, known as “schedules”, according to its potential for abuse and its medicinal value. Marijuana is classified as a Schedule 1 substance, meaning it is considered to have absolutely no medicinal value and is thought to be highly addictive. Legally, physicians cannot “prescribe” medical marijuana because of federal law, which is why as a Florida Medical Marijuana Patient you are given a “recommendation” for medical marijuana use.

Because of these subtle differences in legislation, you might be at risk for failing a background check as a Florida Medical Marijuana Patient. Anyone considering using medical marijuana for symptom relief  in Florida needs to know what limitations having a medical marijuana card brings, including the ability to own or carry a gun.

Here, we will provide an overview of getting medical marijuana in Florida and how it may impact your second amendment rights as an American.

Obtaining a Medical Marijuana Card in Florida is actually a lot easier than you may think. Legislation has outlined 12 qualifying conditions for eligibility to use medical marijuana and other conditions in the same class as those listed conditions.

Florida Statutes section 790.06(2)(f) and (n) says that “The Department of Agriculture and Consumer Services shall issue a license if the applicant:” [4]

(n) Is not prohibited from purchasing or possessing a firearm by any other provision of Florida or federal law.

However, in Florida, applying for a concealed weapons permit and purchasing a firearm are two different things. The Florida Department of Law Enforcement does not require a permit to purchase a firearm nor is there a permit that exempts any person from the background check requirement. [5]

If an individual meets the state’s requirements for purchasing a firearm without a permit, they can legally purchase a firearm if they pass a background check first.

The Florida state requirements to purchase a firearm are: [5]

Having a CWP and MMJ Card

Certain questions on the Concealed Weapons Permit application can be interpreted in many ways. As an example, questions 14A and 14B asks: [6]

According to Commissioner Nikki Fried, the word “committed” should be interpreted as “convicted.” This means that if you have never been convicted of a controlled substance-related crime you should answer “no” to this question regardless of your medical marijuana use.

Purchasing a Firearm as a MMJ Patient

Now, this is where it gets tricky. Fried has stated in the past: [7]

This issue is highlighted under the Bureau of Alcohol, Tobacco, and Firearm’s (ATF) background check application question 11E. This form must be filled out any time a Floridian is purchasing a new firearm.

“Are you an unlawful user of, or addicted to, marijuana or any depressant, stimulant, narcotic drug, or any other controlled substance? Warning: The use or possession of marijuana remains unlawful under federal law regardless of whether it has been legalized or decriminalized for medicinal or recreational purposes in the state where you reside.”

Commissioner Frieds’ interpretation of this question is that she feels as if because she possesses both her MMJ card and her CWP she cannot purchase a new firearm.

In conclusion, medical marijuana patients are able to have a concealed weapons permit. The only issue that arises in having both is during the background check process when purchasing a new firearm. The answer you give for the ATF Question 11E will determine whether or not you are able to purchase a new gun.

Current law is less defined, so Florida MMJ Patients are advised to seek legal counsel regarding this legislation.