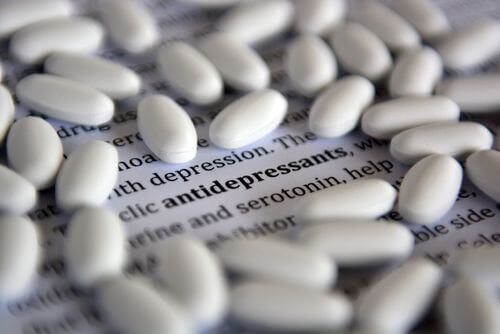 October is antidepressant death awareness month, which means it is our turn to bring attention to the often overlooked and underrepresented patients who have died due to antidepressants. Unfortunately, this is more common than people think and many of the people who experience dangerous side effects are unable to speak out about what they are going through.

Pre-qualify for your Ohio medical marijuana card instantly by completing this survey!

First, it is important to acknowledge that depression is a real and potentially devastating disorder that is all too common in the United States. There are many forms of depression, but the most common, and most often referred to form, is major depression. Major depression, also known as major depressive disorder and, sometimes, as clinical depression, is characterized by feelings of sadness and hopelessness, anxiety, slowed thinking, suicidal thoughts, lack of energy, and many other variable symptoms. In many cases, these symptoms are strong enough to disrupt daily life, relationships, and the patient’s work. Major depression can also occur in children and teens, with symptoms generally manifesting as irritability, poor performance in school, and lack of appetite.

The cause of depression can depend on the person, but may be related to brain chemistry, hormones, or genetics. This area of mental health has seen a huge increase in attention since the early 2000’s which has identified several key biomarkers and possible mechanisms that may be at the root of certain cases of depression [1]. These biomarkers would act as a measurable and detectable indicator of depression or other psychological states, including stages of recovery. As an example, an EEG can be used to identify certain electrical properties of the brain, several patterns of which have been linked to depression and antidepressant efficacy [2].

SSRIs work by blocking the reuptake of serotonin in nerve cells. When nerves fire, serotonin acts as a chemical messenger, telling any connecting cells a small piece of “information” by moving across the synapse into special receptors. After all that is done, the serotonin is reabsorbed. SSRIs slow down the reabsorption step, allowing more serotonin to reach the receptors and causing a relative rise in serotonin levels.

How Medical Marijuana Can Help

Because of these health risks and the increasing dependence on antidepressants, physicians and researchers have looked into alternative forms of treatment, including marijuana. Many people are already using marijuana to fight anxiety and stress, so some people with depression have started considering it for themselves.

Because the cause of depression is not entirely understood and may be different depending on the type of depression and the individual experiencing it, there may not be a catch-all answer for marijuana’s effects and efficacy as an antidepressant, and this is shown in the research. Some studies have found encouraging results, such as a 2018 study that used data from a symptom-tracking app that specializes in medical marijuana users. It reported a fifty percent reduction in depression and a fifty-eight percent reduction in anxiety after marijuana use [8]. The same study also found that high CBD/low THC strains of marijuana showed the largest reduction in depression, which is in line with previous research regarding the effects of CBD.

Another study specifically looked into the amount of people who have been able to substitute marijuana for a prescription drug, including opioids, anxiolytics, and antidepressants. Participants answered an online survey and indicated their use or non-use of marijuana and other prescription medications. It found that over forty percent of respondents had substituted marijuana for a prescription, with roughly thirteen percent of those medications being antidepressants [9].

More generally, CBD has been found to have great anti-anxiety and anti-stress uses in many people. However, it is vital to speak with a certified physician before using medical marijuana if you have symptoms of depression or are using antidepressants or any other prescription medication.

Depression is extremely in the United States and antidepressant use has been increasing every year. Unfortunately, so have the number of deaths due to antidepressant use. Medical marijuana may be able to help those who are looking for an alternative method for relieving depression, especially when used in conjunction with other practices such as cognitive behavioral therapy. If you are wanting to find a nearby, affordable, medical marijuana physician, DocMJ can help! Our website offers easy, online bookings, an FAQ page, and a super easy pre-qualification survey!