Can Ohio Medical Marijuana Patients Use Marijuana Products in Hospitals? 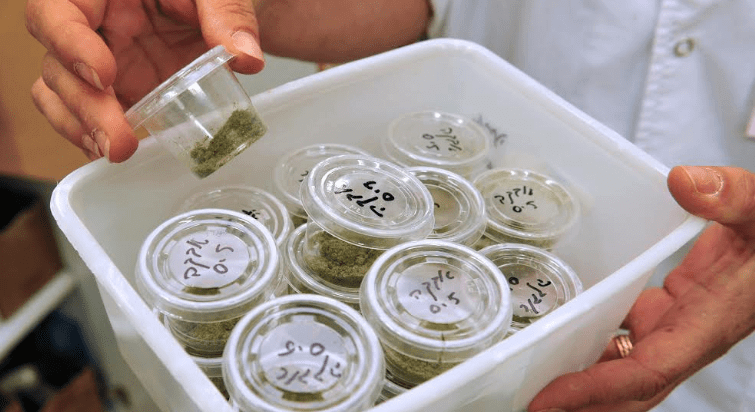 Medical marijuana is being used by many people across the country for many reasons. While some people use it to relieve daily aches and pains, others use it as an integral part of their drug regimen, which may include trips to physicians’ offices or hospitals. For these people, knowing when, how, and if they are allowed to use medical marijuana is vital. We have previously looked into laws regarding marijuana and public spaces, colleges campuses, and pharmacies, but hospitals are a bit more complicated.

Are you considering getting a medical marijuana card? See if you pre-qualify by completing our easy online eligibility survey.

Can I Use Medical Marijuana in a Hospital?

Hospitals are a complicated place. They have many wings and moving parts, with physicians’ specialties ranging from radiology to pediatrics. However, generally, most of them receive federal funding or money from the government in some capacity. This can mean direct funding in the form of grants or indirect money through patients, such as Medicare or Medicaid. You may recognize this next part from some of the other blogs regarding medical marijuana use in public places, this means that those hospitals are subject to federal laws and regulations.

However, there are a couple FDA approved products that are either derived from or related to marijuana. These are Epidiolex, Marinol, Syndros, and Cesamet. Of these four, Epidiolex is derived from marijuana while the others are synthetic products. They are also all used in hospitals, so, technically, there are some “medical marijuana” products being used within their walls.

There is also the case of some hospitals going against the grain and publicly stating their policies on medical marijuana use. In January of 2019, for example, the Christ Church Hospital Health Network told the Cincinnati Enquirer they “will allow patients who are hospitalized to continue taking their medical cannabis product (excluding vaped forms) if the treating physician determines that it is safe and appropriate in the context of their illness” [1]. This went against the prohibitions of other area hospitals, including the Cleveland Clinic and OhioHealth, and added another layer of complexity to the equation.

Overall, it is difficult to say whether a patient is allowed to use medical marijuana products in an Ohio hospital. Currently, it is important to remember that marijuana of any sort is still federally illegal. However, certain places do have policies specifically regarding its use and require more consideration.

How Could Marijuana Help Hospital Patients?

There are many possible benefits to patients using medical marijuana in hospitals, one of the main ones being easy access to information. The patients would quickly be able to speak with a medical professional regarding their individual problems and questions, allowing them to more safely use medical marijuana, especially in circumstances involving certain diseases and conditions.

Of course, marijuana can be beneficial for many other reasons. Chronic pain, for example, is a condition that can lead to frequent and lengthy hospital stays for some patients. One study found that the most common length of hospitalization for chronic pain patients was 32 days before any form of intervention was done [2]. It is also the most common reason people seek out a medical marijuana recommendation [3].

Another point of consideration is the variety of medical marijuana forms. In Ohio, medical marijuana can come in several different forms, each with their own benefits and complications. For example, while vaping may be risky for those sharing rooms, tinctures could allow discreet and accurate dosing. If a patient recently underwent abdominal surgery and shouldn’t cough or make sudden movements, edibles may provide relief without risk.

How Could Marijuana Harm Hospital Patients?

Nothing is without problems, so it is important to also consider the possible issues of using medical marijuana in a hospital setting. To start, marijuana can potentially interact with many other drugs and medications. These interactions may cause unexpected side effects, make either drug less effective, or even make them more effective. Unfortunately, these interactions are relatively understudied when it comes to marijuana, though this is likely to change in the future. Currently, however, we do know that it does interact with some commonly prescribed medications such as Warfarin and Clobazam.

Some of the side effects of marijuana may also put certain hospital patients at risk. Those who are recovering from surgery, for example, may experience increased heart rate or elevated blood pressure when ingesting marijuana, putting them at higher risk of several problems. This holds true for those with already high blood pressure or arrhythmia, as a recent study found evidence of an association between marijuana use and higher risk of cardiovascular problems, even and especially when taking certain medications [4]. These cardiovascular problems include atrial fibrillation and, in some cases, heart attacks.

It is currently illegal to use medical marijuana in hospitals unless stated otherwise. This is due to the federal money that hospitals receive, requiring them to follow both state and national laws, which are currently opposing each other. We have seen this before in other public places and though there is no current easy answer, it is likely to be addressed in the future. As with most things, marijuana can be beneficial to certain patients if used correctly but also may have some negative side effects. The complications of hospital care are not uncommon but more research is necessary to know probable outcomes in regard to drug interactions and other risks.