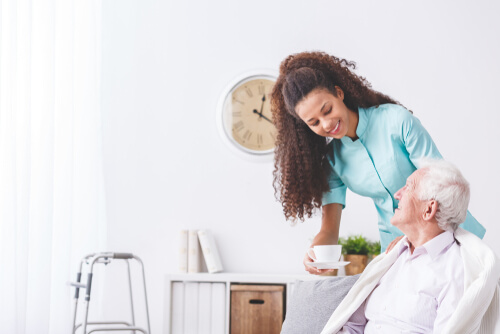 While acceptance of medical marijuana as a legitimate form of medicine has become mainstream in recent years, this was not the case for many decades in the past. Beginning in the 1930’s with the Marihuana Tax Act, hemp and marijuana products shifted from commonplace to illegal very quickly. Later, in the 1950’s, anti-marijuana propaganda was being mass produced and the common opinion on marijuana was that it was incredibly bad and dangerous. It wasn’t until nearly half a century later that states would begin going against federal laws and legalizing marijuana use. Now, over half of the country has medical marijuana programs in place and a majority of Americans support legalization.

However, many people, especially those who were raised and lived through those decades where marijuana was highly publicized as being dangerous and immoral, still believe that to be the case, and therefore do not feel comfortable buying marijuana products, or even speaking with a physician about their use. Now, marijuana use is increasing in people sixty five years of age and older. One study estimates that there was a seventy five percent increase in marijuana use in that age group in just one year [1]. Nevertheless, this seventy five percent increase is indicative of a change of just over two percent of people in that age bracket now using marijuana after legalization. Compared to other age brackets, this is significantly less [2].

Despite this, many researchers consider seniors and those living in nursing homes to potentially have some of the largest quality of life increases if they do start using medical marijuana. Marijuana has been found to be a great analgesic, anti-inflammatory, and appetite stimulant. For those living with chronic conditions, these benefits alone can have a huge impact, but other studies have highlighted the impact marijuana can have on neurological conditions, such as multiple sclerosis and Parkinson’s [3].

In past articles, we have looked into the legality of medical marijuana usage in many other places, such as workplaces, public hospitals, and public schools. In all cases, as with this one, the answer was a bit complicated. If the business receives public funding of any kind, be it grants or other payments from federal programs, it is subject to following all federal laws, including those governing marijuana use. This is one of the reasons pharmacies do not distribute marijuana products, they receive government funding and licensing, and so cannot participate in the sale of marijuana and its products. In the case of nursing homes, this government funding may come in the form of Medicare, the government-based insurance that becomes available to U.S. citizens when they turn sixty five.

It is worth noting that there are no specific laws that disallow seniors from having medical marijuana or getting a recommendation, anybody who is over a certain age or has the express permission of their parent or guardian is eligible. For this reason, anyone who has started using medical marijuana and is now being transferred, or is transferring someone else, to a nursing home or assisted living facility should first contact the institution to check on their policies on marijuana use.

Medical marijuana use is increasing in popularity among seniors, though not at as fast a rate as other age groups. This may be due to historical views on marijuana in the United States or people feeling overall less comfortable using a relatively new form of medicine. For seniors living in nursing homes, they may not be legally allowed to use medical marijuana due to federal regulations. Ohio law, however, does not make a distinction about people living in nursing and assisted living facilities. So, while they may be able to get a medical marijuana recommendation, they may not be able to use any of the products. If you’ve been searching for a certified Ohio medical marijuana doctor, look no further! Schedule your Telemedicine exam today at (877) 899.3636 or by clicking the ‘BOOK NOW’ tab at the top of our website.

[2] The Public Health Concerns of Marijuana Legalization: An Overview of Current Trends

[3] Cannabinoids: New Promising Agents in the Treatment of Neurological Diseases