Can School Teachers in Ohio Have a Medical Marijuana Card 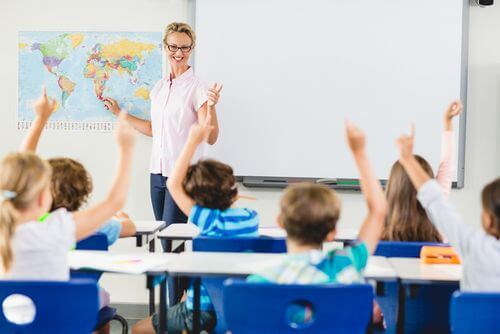 There is no doubt that many people in Ohio have discovered the benefits of medical marijuana. People who had originally been hesitant to even consider it have started using marijuana products daily and using them to make their lives better. Due to the complexity of the laws regarding medical marijuana, however, some groups have questions about if they can take it while working, if it would be covered by insurance, or if they can even get a medical marijuana card in the first place. One of the groups is teachers, who have started to wonder if they too can legally use medical marijuana products. If you currently live in Ohio and have questions about getting approved for a medical marijuana card, our team is here to help! Start the process of becoming a legal Ohio MMJ card holder today by completing our easy, online eligibility survey. This survey will let you know instantly if you pre-qualify for a recommendation.

Laws can be a tricky thing to understand. Their length, use of complex jargon, and complexity is meant to keep them as comprehensive and accurate as possible, but it usually ends up being the opposite to the common person. For this reason, many people who have tried to look into the actual legal definitions and rules of medical marijuana use often have trouble, especially when it comes to social and public spaces.

First, consider the start of Ohio’s medical marijuana program. House Bill 523 was made effective on September 8th, 2016 and laid the framework for the OMMCP (Ohio Medical Marijuana Control Program), the body responsible for overseeing everything from production of medical marijuana to its sale. The bill barely passed in the Senate with an 18-15 vote, but easily passed in the house with a vote ratio of 67-29 [1]. For most people, hearing this news was exciting, it meant that they could legally get access to high quality and state-regulated medical marijuana, and for most, that’s exactly what it did mean. However, for some people in federal or highly technical or dangerous positions, it may be a bit more complicated.

This is because, while medical marijuana is completely legal in Ohio law, the FDA still recognizes marijuana as a schedule one drug. This essentially means that having any amount in your possession is still very much illegal. While this is not an issue for many people, it is still a gray area that has caused problems for citizens and officers in the past. It is also the reason that you are not able to get medical marijuana products through a pharmacy, as they receive federal funding and therefore must follow federal guidelines.

Another often overlooked facet of the law is regarding employee rights. Some people assume that the law includes protection for employees using medical marijuana, similar to the Americans with Disabilities Act or the use of other traditional medications. This is not the case, however, and the Ohio laws largely leave the power in the hands of individual employers. According to the Ohio Revised Code, no part of the laws require an  an employer to permit or accommodate an employee’s use, possession, or distribution of medical marijuana; prohibit an employer from refusing to hire, promote, or discipline an employer based on their use of medical marijuana; or prohibit an employer from enforcing or establishing a drug workplace policy [2]. Another critical part of this law states that “a person who is discharged from employment because of that person’s use of medical marijuana shall be considered to have been discharged for just cause..”. This means that anybody who is fired for medical marijuana use under a company drug policy may not be able to collect unemployment benefits [3].

What Does This Mean For Teachers?

For the most part, teachers will likely not be able to use medical marijuana. Similarly to pharmacies, which are federally licensed and receive federal funds, schools get funding from the United States Government, which, for now, still lists marijuana as an illegal substance. With the signing of the Farm Bill by President Trump, the use of hemp-derived products may be legal, but this is still a very new area and may be subject to change.

For teachers who work in private schools, the rules may be a bit different, though this is still unlikely. As of now, many schools are in a tough spot regarding medical marijuana use. Many campuses have rules that say medications must be prescribed in order to be used or stored on campus, which is another hurdle for medical marijuana users. Doctors can only recommend medical marijuana and are not able to give a true prescription due to the complex state and federal laws. While in time this may change, for now it is an often confusing balancing act for teachers and lawmakers alike.

The laws surrounding medical marijuana are very complex, and this holds true for those that govern the rights of employees who want to enter the state program. For employees who are unaware of their workplace’s drug use policy, it is strongly recommended to speak with human resources or a higher up if you are considering medical marijuana. Unfortunately for most teachers, many schools receive at least some federal funding, and will therefore prohibit the use of marijuana for any purpose. While having a medical marijuana card may not get anyone in trouble, using it just might. To learn more about our services or becoming a medical marijuana patient in Ohio, please visit our FAQ page for answers to general questions. To speak with a DocMJ Patient Care Coordinator please call (877) 899.3626 or use the Live Chat feature on our website.