Can You Become Addicted to Marijuana in Ohio? 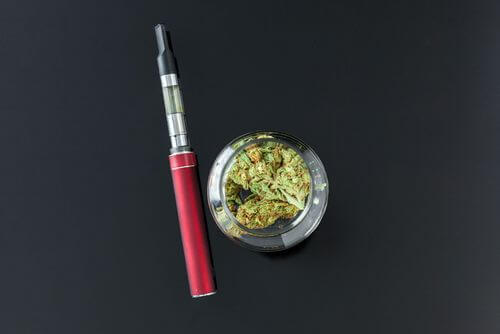 Can You Become Addicted to Marijuana?

Narcotic drugs taken illegally for their stimulant effects can become addictive, while other drugs have medicinal benefits. Marijuana is one of those drugs, with an estimated nine percent of users developing an addiction. While current research methods have been unable to determine exact statistics on how many develop a disorder or addiction, what is clearer are the benefits of marijuana for patients who qualify and/or need cannabis-based medicines [1].

If you’re wondering if becoming an Ohio medical marijuana patient is right for you, schedule an exam with one of our Ohio Medical Marijuana Doctors. Completing our eligibility survey takes only 5 minutes. Find out if you pre-qualify for a recommendation today!

Marijuana is especially beneficial to people who suffer under certain conditions such as nausea, intense vomiting, severe lack of appetite, and pain. Marijuana, like other medications and supplements, could become addictive for some [1]. Widespread perceptions about marijuana have caused much room for debate, especially that it is a “gateway drug” to harder drugs. Questions about whether it can cause addiction or use disorders make marijuana one of the most debated drugs. It is one of the most widely available drugs still classified by the federal government as an illicit drug. With the explosive rate at which marijuana is becoming legal for use in the United States, it has become more prevalent. As of 2019, about 9.5% of U.S. residents have reported their use of marijuana. As more people begin to use it as an alternative to drugs with harmful side effects, a societal shift in perceptions and knowledge about marijuana is taking place. While the slight possibility for addictions to form are real, those who use marijuana responsibly are living proof that the pros outweigh the cons [2].

Most who use medical marijuana do so with the goal to remedy a specific ailment and do not become addicted. They use the amount or dosage recommended when needed and do not feel compelled to overuse the drug. While it is possible to become dependent or addicted to marijuana, “The National Institute on Drug Abuse previously reported that about 1 in 7 marijuana users would develop problematic use with the drug. Now the agency is reporting that 30 percent of marijuana users will develop problems with its use, known as marijuana use disorder” [3]. Just as with other drug use disorders, people who continue to use marijuana in spite of continued negative consequences, by definition, have a marijuana use disorder. A use disorder can come in the form of either addiction or dependence. The following are typical signs of addiction:

Addiction is associated with a physical dependence on marijuana marked by an increased tolerance to it, as well as withdrawal symptoms that occur when a person stops using it. Most people who use marijuana do not experience either of these symptoms, though some may experience a psychological dependence to it [4]. There are many factors that can play a part in how a person may become dependent on marijuana, and no two people are alike. For example, a marijuana study on identical twins compared the likelihood for one to become dependent over the other based on when they started using. The study concluded that the twin who began using before the age of 17 was more likely to develop a use disorder than the twin who did not begin using at an early age. In summary, marijuana use disorder escalates to addiction when, as marijuana becomes an interference to a balanced and healthy lifestyle, a person is unable to stop using it [5].

Whether medical marijuana will help your condition depends on many factors best evaluated by a medical doctor. If you feel you may benefit from medical marijuana, the first step is to take our eligibility survey. In just 5 minutes, you could pre-qualify for a recommendation. An Ohio Marijuana Doctor can then determine if you qualify during an in-person exam. For more information, visit https://docmj.com/states/ohio-medical-marijuana-card/.