Can You Have a Medical Marijuana Card and a Concealed Carry Permit in Ohio? 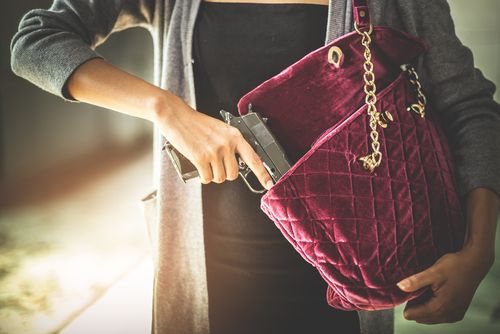 Medical marijuana is a popular new topic of conversation in many households. However, the laws governing the program can be difficult to understand and knowing how certain other laws work with medical marijuana can be even harder to grasp.

Can a Person Have Both a Medical Marijuana Card and a Concealed Carry Permit?

According to the Ohio Attorney General, approximately 132,385 concealed carry licenses were issued [1]. All of these were processed by the county sheriffs, which, also according to the Ohio Attorney General, conduct background checks for every applicant [2]. These background checks are generally used to find any questionable, dangerous, or suspicious actions or events in a person’s past, but in medical marijuana states like Ohio, things can get messy.

According to federal law, it is illegal for a person who is using or is addicted to an illegal drug to even purchase a firearm. So, with marijuana still considered a Schedule I drug, there is a chance that, if the person has made this information public, such as online or during the application process, the person’s application will be denied.

That sounds confusing, but it boils down to this: if you have a medical marijuana card, it will prevent you from getting a concealed carry permit in Ohio.

Why is This the Case?

As we previously knew, marijuana is a Schedule I drug, making it federally illegal. The state-sponsored medical marijuana program, though, means that any patient with a medical marijuana recommendation and card can get legal access to medical marijuana, in Ohio at least. This means there is a disconnect between state laws and federal laws. This disconnect has also caused other problems, such as marijuana not being allowed in public places.

Is This Going to Change?

The number of questions regarding marijuana and gun ownership has been growing since states have started medical marijuana programs. There are many stances on the issue, and it is likely that one person’s answer will vary from the next. The debate has gotten so big, in fact, that the ATF (the Bureau of Alcohol, Tobacco, and Firearms) released a public statement in 2011 [3]. The letter clarifies several stances:

“Federal law, 18 U.S.C. § 922(g)(3), prohibits any person who is an “unlawful user of or addicted to any controlled substance (as defined in section 102 of the Controlled Substances Act (21 U.S.C. 802)” from shipping, transporting, receiving or possessing firearms or ammunition. Marijuana is listed in the Controlled Substances Act as a Schedule I controlled substance, and there are no exceptions in Federal law for marijuana purportedly used for medicinal purposes, even if such use is sanctioned by State law.”

“…any person who uses or is addicted to marijuana, regardless of whether his or her State has passed legislation authorizing marijuana use for medicinal purposes, is an unlawful user of or addicted to a controlled substance, and is prohibited by Federal law from possessing firearms or ammunition. Such persons should answer “yes” to question 11.e. on ATF Form 4473 (August 2008), Firearms Transaction Record, and you may not transfer firearms or ammunition to them.”

This aligns with our previous conclusions and explicitly states that, according to the United States Government, those who use marijuana in any capacity, even through a state program, are not allowed to own or use firearms in any capacity.

According to the Beacon Journal, though, many people with medical marijuana cards are still attending gun-ownership classes. Dean Rieck, a director of a gun advocacy group, told the paper “I think a lot of people don’t understand federal law and state law can conflict” and “You have to choose between guns and marijuana” [4] and an instructor goes on to say that he believes that the impairment that comes from marijuana comes into play legally and would come up in any investigation.

This means that, even if someone were to have or get both a medical marijuana card and a concealed carry permit, were something to occur and a legal case be started, the person with the medical marijuana card would be in a tough situation. Lying on the background check, even out of ignorance, can mean up to $250,000 in fines and a decade in prison.

Currently, the Marijuana Justice Act of 2019 has been introduced to Congress, and, should it pass the Senate and the House and be signed into law, marijuana would be federally legalized. This would mean that federal and state law would no longer go against each other, but not necessarily that medical marijuana cards and concealed carry permits would mix. Some, like the firearms instructor from earlier, believe that owning a firearm, like driving a car, should be illegal while under the influence of any substance.

This is a difficult spot for everybody, and people have already begun debating and discussing. Some citizens feel they are being shortchanged and fear giving up their rights and others feel they are being singled out. Even sheriff offices are having a difficult time following the law. As time goes on, however, it may change, and the issue is becoming a bigger talking point every day.

A person can not have both a medical marijuana card and a concealed carry permit in Ohio. This is due to the conflicting federal and state laws regarding the legality of marijuana. During the background check, even if state-wide, medical marijuana is legal, it is still a Schedule I substance according to the government, making its use illegal while operating a firearm. This opens up medical marijuana users to many legal troubles if they own a gun and/or already have a concealed carry permit. Though this may change in the future, for now having both is not legally possible.