Can You Use Cannabis in Ohio if You’re on Birth Control? 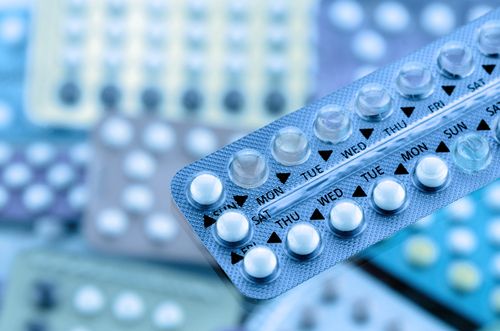 Medical marijuana has become one of the most widely used and requested forms of medicine across the United States in a very short time. People have used it to help fight a range of diseases, conditions, and side effects they previously had no means of suppressing. With this quick adoption, though, comes some questions and confusion in the general population. What is the best form of marijuana for me to use? Are there any potential interactions or side effects with other drugs I use? Can I use marijuana while I am on birth control? All of these are important questions to ask. In this post, we will focus on the effects of marijuana on birth control and what it can mean for your hormones and body later on.

Currently, the research regarding marijuana and birth control can be described as lacking. There is nearly no research on the concurrent use of marijuana and any form of birth control, including pills, IUDs, vasectomies, etc. While this means there is no hard research showing an increase or decrease in overall effectiveness, it is important to consider the problem from several angles.

To start, marijuana can have a huge effect on the body. From mental to physical effects, people can experience mood changes, food cravings, physical sensations and more, and meaning that is not out of the realm of possibility that there may be some effects on the reproductive system of users. For example, marijuana has been shown to have effects on the hypothalamus, specifically on the release of GnRH (gonadotropin releasing hormone), a key chemical when it comes to fertility [1]. The disruption to this chemical has downstream effects including lower estrogen levels, lower progesterone levels, and, in some cases, anovulatory menstrual cycles.

A second point of contention lies within the behavioral changes brought about by marijuana. Some people believe that those who use marijuana are more likely to make rash decisions or engage in behaviors they normally wouldn’t, such as forgetting to take a birth control pill. In the case of medical marijuana, however, these concerns are likely unwarranted. Those who are using medical marijuana correctly and are well informed are less likely to experience negative side effects associated with marijuana use, though it is still worth keeping in mind, especially for first-time users.

Overall, it is very difficult to get a clear picture on how marijuana can impact birth control and its effectiveness. In cases such as this, where the effects of both marijuana and birth control vary on a case by case basis, speaking with a certified medical marijuana doctor is the best course of action. When speaking to them, it is important to bring up any potential concerns you may have, including the impact to your current lifestyle and how it fits into your possible drug regimen.

How Does Birth Control Work and What Does This Mean for Marijuana?

So, the research side of things isn’t very promising. We can, however, compare how certain forms of birth control work with the effects of marijuana. To start, we will first investigate the most common form of birth control in the United States, the pill.

Menstruation and ovulation are two important cycles in female reproduction driven by four main hormones: FSH, estrogen, luteinizing hormone, and progesterone. Essentially, the levels of each hormone rise and fall over time, causing the female reproductive system to change and go through certain stages, “ending” with menstruation. The pill contains manufactured estrogen and progestin (a key precursor to estrogen and progesterone), that work with the natural cycle to prevent ovulation (the release of an egg). It may also cause a change in the cervical lining, making it more difficult for sperm to enter the uterus.

IUDs are slightly different and come in two main forms, copper coated and progestin coated. The progestin coated IUDs work largely in the same way as birth control pills, but you don’t have to remember to take a pill. Copper coated IUDs are different, as copper is a spermicide [2] and can cause the uterus to produce white blood cells, further reducing pregnancy rates.

From here, we can take a deeper look into the effects of marijuana on our hormones. We saw previously that marijuana may work on the hypothalamus to disrupt estrogen and progesterone levels, and another study showed that it may work on estrogen receptors directly, though it did not activate them [3].

Interestingly, another study found that women who use marijuana were more likely to have ovulatory delay or inhibition [4], meaning that an egg was released later or not all. This would mean that marijuana may have an effect on LH, one of the previously mentioned hormones important in the menstruation cycle. It is worth noting though that this study found that “marijuana use had no acute effect on progesterone or estradiol levels” contradicting the results of the other study.

It would also be logical to guess that, if marijuana may have an effect on the hypothalamus, one of the most important and influential endocrine glands in the body, then could other hormones related to fertility be affected? Well, like most other things, it’s complicated. Marijuana use has been associated with lower LH levels during a specific phase of menstruation, but not the others [5], and THC has been found to reduce levels of FSH in ovariectomized monkeys [6] and prevent the release of other gonadotropins.

There is not a definitive answer regarding the effect of marijuana on birth control, though the common consensus now is that there is not a strong effect either way, especially if the contraceptive in use is not hormone dependent. On the other hand, marijuana can influence hormone levels in both men and women and may lead to some changes in the menstrual cycle, though this is not fully understood. As research continues to improve over time, this view may change and expand. For now, it is important to speak with a certified medical marijuana doctor about any questions and concerns you may have before using marijuana.