Cannabis: An Ancient Medicine in Ohio 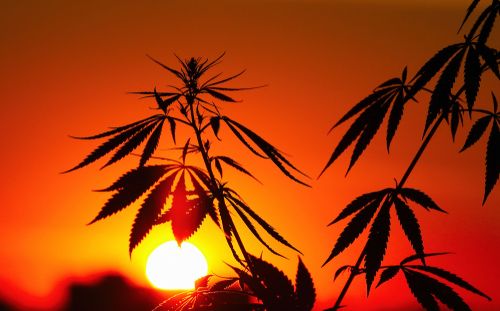 Within the last decade, the use of cannabis as medicine has taken the world by storm. If you are curious to see if you are eligible for a medical cannabis recommendation in Ohio, take our quick and easy online eligibility survey.

With each election cycle, more and more states are legalizing medical cannabis, so it’s hard to think of a time when it was considered to be something like a toxin. But believe it or not, it was used for medicinal reasons throughout ancient history.

First Uses of the Hemp Plant

Hemp fibers were most likely the first fibers used in history, dating back to as far as 8000 BC in clay pots found in Taiwan. [1] In Ancient China, archers used it to make bowstrings because it helped their arrows fire farther and with more force in comparison to bamboo. Russians used hemp for manufacturing a more durable rope, and the Greeks used it for their fleet of ships. Because these hemp ropes contributed to the success of ocean voyages, hemp cultivation and production grew more important. Italian ships, specifically, were outfitted with hemp rope, and Venice grew particularly famous for its fibers and ropes. Venetian hemp spinners belonged in a special guild.

In the 1500s England’s developing navy required more rope than ever and so in 1533 King Henry VIII decreed that every farmer should raise some hemp. Those who refused paid a fine, and Henry’s daughter Queen Elizabeth I later increased the penalty. However, farmers did not like growing hemp, and as a result, England began to import it. By the 1600’s most of England’s hemp came from Russia. [1] However, the Russians eventually began to use dirty business tactics, such as throwing trash into the middle of the hemp bales in order to increase the weight. As a result, the English demanded that it began to be produced in the Americas.

The cannabis plant’s history as the source of hemp is separate from its story in medicine. It’s use as treatment for a variety of conditions helped it spread from Asia throughout the rest of the world.

The first reference to cannabis being used as medicine dates back to around 2700 B.C, long after its first use as a fiber, in a Chinese medical manual. It was noted to treat malaria, gout, rheumatism, and poor memory. [1] But while the earliest mentions of medical cannabis come from China, other regions of the world were not too far behind.

Cannabis use in ancient Egypt has been recorded on scrolls depicting medicinal plants as far back as 2,000 B.C.[2] The Ebers Papyrus is one of the oldest finished medical textbooks to have been found so far. It mentions a number of remedies that used hemp to alleviate pain and inflammation caused by various diseases and injuries. Egyptian women, in particular, used cannabis as a way to treat off depression and other psychological issues. Cannabis pollen was even found on the mummy of Rameses II. [3]

Around 1400 B.C. it traveled from China to India. It was listed in the sacred Indian text Atharva Veda as a holy plant that relieves stress, and other Indian healers used it for coughs and asthma, fevers, and inflammation. [1] It was noted to combat evil forces that affected both spiritual and physical health issues.

As cannabis began to spread throughout the world, more and more civilizations began to adopt it as medicine. In ancient Rome and Greece, it was used as a painkiller. In Jerusalem, it was used to aid women during childbirth to help ease the pain and increase uterine contractions. By the 12th century, it circulated from Egypt throughout Africa and was used to treat everything from snakebites to gastrointestinal issues such as dysentery. [1]

Cannabis in the Western World

Despite all of this ancient medicinal use, Westerners did not seem to catch on to the concept of medical cannabis until the 1800s, although the plant’s other uses had been adopted. When Europeans began to travel throughout Africa and the Middle East, they began to realize the benefits that the plant offers, and as a result, it made its way into the Americas.

In 1764, hemp roots were recommended as a treatment of inflamed skin and in 1794 cannabis oil was prescribed by the Edinburg New Dispensary to treat many different medical conditions. These early editions of American medical journals recommend hemp seeds and roots for the treatment of inflamed skin, incontinence, and venereal disease. [1] William O’Shaughnessy, a popular Irish doctor involved with the British East India Trading company, recorded that cannabis helped ease the pain of rheumatism and that it helped discomfort and nausea in those who were suffering from rabies and tetanus. [3]

Towards the end of the 19th century, both Europeans and Americans had the ability to purchase cannabis-derived extracts from a pharmacy to help with inflammation, stomach aches, insomnia, and other ailments. [4] However, during this time not many doctors were recommending it. Then, in the early 1900s, cannabis extracts and tinctures became more accessible for medicinal relief. [5]

Unfortunately, the combination of rising crime rates and the ever so popular film Reefer Madness sparked the nation-wide attack on cannabis’s use as a recreational substance. This resulted in countless of anti-cannabis legislation that resulted in cannabis being considered a Scheduled I substance, limiting the amount of research allowed to be done on its medicinal benefits.

It is safe to assume that cannabis was probably not a cure, but an alleviator of the symptoms in most cases. Modern medical science, on the other hand, is only beginning to establish the fact that cannabis has some truly remarkable symptom-relieving properties.

In the United States, more and more states are joining the medical cannabis movement because of the results it is showing. If you suffer from a qualifying condition, and you are ready to begin your medical cannabis journey, schedule an in-person exam with one of our Ohio Marijuana Doctors.