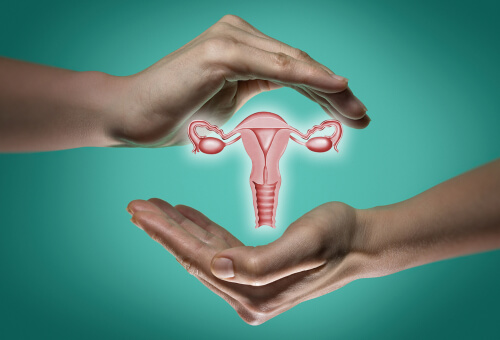 In terms of overall anatomy and physiology, the cervix is often one of the most overlooked and less-understood parts of the body. Despite its importance in both reproduction and general health, many people rarely even consider cervical health as a factor especially when discussing the possible benefits of medical marijuana.

Are you eligible for an Ohio medical marijuana card? You can find out instantly if you pre-qualify for a recommendation by completing our online eligibility survey.

What is the Cervix?

While many people may vaguely know what and where the cervix is, many more may be surprised to find out just how clinically significant it is. The cervix is a cylindrical piece of tissue found between the vagina and the uterus. Usually, the central canal is very narrow and is the passage through which sperm travels on its way to the egg. During childbirth, the central canal dilates to accommodate the child. The measurements of the dilation can be used by physicians to estimate which stage of labor the mother and child are in.

The cervix is also a common point of measurement for other tests. A pap smear is likely the most well known example, and is used to test for cervical cancer. Cervical mucus can also be tested to determine at which stage the person is in during their menstrual period and as such can be used to assist in family planning.

Unfortunately, the cervix is a fairly common site of cancer formation, with the CDC estimating nearly thirteen thousand new cases in 2017 [1]. Most cervical cancers are caused by the human papillomavirus, though recent tests have allowed HPV to be found quickly and easily. Fortunately, the survival rate of people with cervical cancer has increased significantly in the last few years as pap smears have become more common.

The cervix may also become inflamed. This is called cervicitis and can have several causes. The most common cause is a sexually transmitted infection, such as gonorrhoea. Non-infectious causes include IUDs, bacterial infection, and allergic reactions.

Overall, while the cervix may be most associated with the reproductive system, as it well should, it also influences, and is influenced by, other bodily systems and is tightly tied to the endocrine and nervous system so keeping it in mind is very important.

The Cervix and Medical Marijuana

As a quick reminder, the cervix serves as an important messenger during childbirth and is heavily influenced by hormones during pregnancy and menstruation. One of the bigger changes the cervix undergoes is due to prostaglandins, hormone-like chemicals released from many different tissues. It has been found that endocannabinoid levels are linked to certain chemicals in the placenta, suggesting that the endocannabinoid system plays some role in pregnancy [2]. Another study found that, after adding synthetic cannabinoids, prostaglandin levels changed, though the extent and mechanism of this effect is still not understood [3].

Though the extent of control the endocannabinoid system may have over the reproductive system is not known, researchers have made it clear that they are closely linked, and marijuana may be able to exert force on this system. It was found that THC exerted an inhibitory effect on the hypothalamus, an upstream mediator of the reproductive system and many other systems [4]. Another study found that while THC inhibited LHRH (luteinizing hormone-releasing hormone) in male rats, sex hormones changed bodily response to cannabinoids significantly and called for more research on this phenomenon [5].

Despite this, it is always important to consult your physician before starting or changing any established medical practice, including any involving medical marijuana. This is even more important if you have, or are at increased risk of, cervical cancers or infection.

The cervix is an important part of the body that most people don’t think twice about. It is connected to many other systems and plays a crucial role in reproduction. It has been found that the endocannabinoid system may influence the cervix both directly and indirectly, but the extent and mechanism is not fully known. As such, most users choose medical marijuana because it increases their quality of life. If you are looking for a certified medical marijuana doctor near you, DocMJ can find the one nearest you! We offer online bookings through our website and a super fast survey to find out if you pre-qualify for a recommendation!