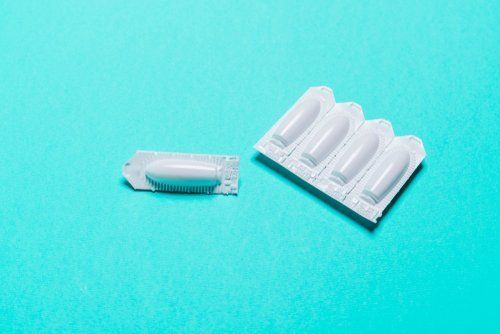 Among the many ways to consume or use cannabis, many are learning about cannabis suppositories. Growing in popularity, this method of administration is still new enough that not many clinical studies have been done about it. Yet with so many medicines delivered to patients in this fashion, it seems a logical and safer alternative to smoking marijuana. In this article, we discuss the potential benefits and reasons for using cannabis suppositories.

How Does the Body Process Cannabis Suppositories?

There seems to be a lot of debate for and against cannabis suppositories regarding whether they promote absorption, cause intoxication, or alleviate pain symptoms. The research thus far is limited, having been conducted mainly on animals rather than humans. Still, patients continue to report positive reviews with the consensus that cannabis suppositories do not cause them to feel intoxicated. Some do not enjoy the typical high feeling that occurs when smoking or ingesting cannabis products rich in THC, so prefer the suppositories. Commensurate with current research, suppositories are not processed systemically and instead absorb locally, similar to topicals [1].

The vagina and rectum contains many nerves that extend up the spine and down the legs. In particular, the colon houses cannabinoid receptors CB1 and CB2 which are responsible for carrying out the many positive effects of THC. Suppositories are made by mixing cannabis-infused oils with carrier oils that are melted once coming in contact with body heat. With much debate about whether suppositories allow for cannabis to enter the bloodstream, there is at least solid evidence to show suppositories are particularly effective in treating local conditions such as inflammation and hemorrhoids. Even if only effective locally, suppositories are a good alternative for patients who are unable to take prescriptions by mouth [1].

Ben Odell, Content director at cannabis producer Foria Wellness has said, “Everyone is debating and discussing rectal absorption of THC, and whether [cannabis oil extracts] and other formulations are absorbed into the bloodstream or not. But we’re not interested in getting people high” [1]. Rather, they have successfully created products which alleviate pain and discomfort in the lower areas of the body. Along with rectal suppositories, Foria produces both high-CBD and high-THC suppositories for vaginal application with patients preferring the latter. Interestingly, Foria has recently partnered with Harvard neuroscientist Dr. Staci Gruber to study and track the effectiveness of CBD suppositories in women [1].

Melanie Bone, a 30-year obstetrician/gynecologist (OB/GYN) with a practice in Florida, points out that suppositories are used frequently in gynecology. She specializes in geriatrics and treating uterine pain. For an article in Weedmaps, she reported, “It’s true we use suppositories kind of frequently in gynecology. . .The vagina has a mucosal surface with an immense ability to absorb. I take care of a lot of patients who have disease entities that would be helped by cannabinoids. I think it’s a good delivery system. You can deliver estrogen that way. I thought, if you can deliver all of those things that way, then why can’t you deliver cannabis? Especially for targeting uterine pain, what better way to get your product closer to its target than putting it near there” [2]?

Since the rectum is part of the digestive tract and close to the spine (which controls the lower torso), rectal suppositories mainly benefit issues that affect lower portions of the body. Cannabis suppositories are not the newest form of administration, having long been given to cancer patients unable to ingest medication due to chemotherapy-induced nausea. Today, the most common reasons people use suppositories rectally as reported by Foria, are: period cramps, hemorrhoid inflammation, lower back pain, sciatica, irritable bowels, and clitoral/penile arousal issues [3].

Finding the right way to take cannabis depends on the user and what symptoms they experience. Deciding what is best takes requires some experimentation. So why try suppositories? People respond differently to variances in dosage, terpenes, and strains. Some patients cannot smoke cannabis due to issues in the lungs, some find that ingesting oils causes IBS or acid reflux or prefer not to use tinctures based in alcohol. Perhaps the more common methods of administration do not relieve pain well for certain symptoms like sciatica and endometriosis. In many cases, suppositories offer pain relief where other methods do not [4].