Cannabis Use & Fertility: What Men & Women Need to Know 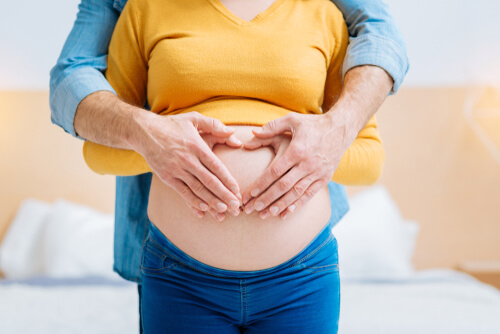 In recent years, reproductive health has become more openly talked about. Whether it be because people have decided to wait a bit longer to have kids, or are generally just more aware of the other benefits that come from practicing good reproductive health, more people are talking about ways to increase or maintain fertility. If you asked someone on the street if they thought marijuana would have an effect on fertility, they probably would say no, but the research may disagree with them. If you have any questions about medical marijuana, want to find out if you might qualify for a recommendation, or want to find an affordable medical marijuana recommendation nearby, DocMJ can help! Our website offers a quick search of certified doctors and a quick and easy pre-qualification exam!

A Quick Introduction to Fertility

The concept of fertility is something most people already know, but the deeper nuances of fertility are a bit more complicated. For example, researchers will often work to find fertility trends across certain demographics, and compare the effects of certain variables, such as marijuana use, on fertility rate, hormone cycles, and hormone levels.

Fertility is heavily influenced by factors outside the body. Anything from pollution to technology can affect a person’s fertility. You may have heard that sitting in a hot tub for too long can cause fertility problems. Turns out, this may be true. In men, it has been found that cessation of use of hot tubs, jacuzzis, or hot baths resulted in an almost five hundred percent increase in motile sperm count [1]. Luckily, the study also points out the potential negative effects are completely reversible.

There are, of course other factors that can cause fertility problems as well. In both men and women, certain diseases can directly impact their ability to produce semen, release eggs, or bear children. Common examples include varicoceles, endometriosis, and PCOS. Even your diet can affect your fertility, with certain foods, like those high in caffeine, having negative effects, while others, such as soy, have been found to raise fertility in some people [2].

So, we know fertility can be affected by many things. Smoking and alcohol both can have negative effects, but what about marijauna? In the past, we have looked at the effects of marijuana on pregnancy, hormone cycles, and even libido, and have found that there are measurable changes in all instances, and fertility is no difference.

In women, marijuana use has been found to have a direct influence on the menstrual cycle, and therefore ovulation. Specifically, marijauna use has been found to delay ovulation by up to four days in women who had used marijuana at least once in the three months leading up to the study [3]. While late ovulation by itself is not necessarily all that bad, it may also be a sign of other health issues and can cause heavier periods. The delayed ovulation also has an effect on, and itself is caused by, a change in hormonal cycles, such as progesterone and estrogen. If the egg is not released in time, estrogen will continue to be released, causing a buildup of uterine lining, leading to the previously mentioned heavy menstrual bleeding.

In men, heavy marijuana use was found to have a negative effect on sperm count [4]. In this specific study, men using marijuana more than once per week experienced a twenty nine percent reduction in sperm count on average. Sperm motility and morphology were unaffected, however. In terms of importance, this change is unlikely to affect men who are of normal fertility levels. After all, the sperm still have average motility and morphology. For men who are of below average fertility, however, this could cause concern and is worth speaking about with a specialist. In animal studies, effects on libido were varied, though detrimental effects on sperm function were noted.

Overall, the effects of marijauna use on fertility are negative, but are not likely to affect the average couple trying to conceive. For people with low fertility, or diseases or conditions that can impact fertility, however, it is worth considering. If you have any questions about medical marijuana and its safety or efficacy, DocMJ can help and get you in contact with a nearby certified medical marijuana doctor through our website.

[2] Diet and Fertility: A Review

[4] Association Between Use of Marijuana and Male Reproductive Hormones and Semen Quality: A Study Among 1,215 Healthy Young Men