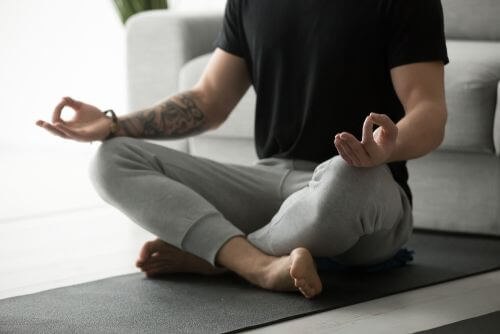 More and more people are beginning to use marijuana every day for a variety of reasons. Politicians, patients, and physicians are rallying support for the plant and people who once had been against the medical use of marijuana are now carrying medical marijuana cards. And, from this new wave of users, we are starting to see new and interesting uses for marijuana start making their way into the mainstream. In the case of this post, we will discuss how meditation and marijuana can be combined to benefit more people than you may think.

What are the Benefits of Meditation?

Before discussing the benefits of marijuana and meditation together, it’s important to know the therapeutic effects meditation has on its own. Recently, popular opinion and acceptance of meditation has increased dramatically, and many people who would seem opposed to the idea have worked it into their daily lives. Speaking to those who meditate regularly, they are quick to point out the clarity and “mindfulness” meditation allows them, some going as far as to call it a respite from their stress.

For example, a 2017 study showed numerous benefits brought about by regular meditation. These included significantly reduced depression, anxiety, and sensory pain [1]. A general increase in the quality of life of those who meditated was also found.

This points out a main reason people have begun practicing meditation and mindfulness in large numbers. In the mid twentieth century, there was a huge physical health revolution. A similar movement is happening today, although this time concerning mental health, with many people now viewing both as crucial to overall fitness.

Further research has found similar improvements in the mental health through meditation. One study even suggested that this was at least partly due to a class of proteins called cytokines. Cytokines are a vital category of proteins largely used in cell signaling. In some cases, however, these cytokines are inflammatory, causing a shift into “conservation mode” [2]. This can be helpful when conserving energy is necessary, such as when a person is injured, but exposure over long periods of time may cause depression. The study found, however, that this depression can be fought, and the number of inflammatory cytokines lowered, through meditation [3].

What are the Benefits of Marijuana?

Many benefits of marijuana have been found, and many are still being discovered. These include anything from relieving pain to helping curb certain addictions. If you want to learn more about the overall benefits, and risks, of marijuana, our blog has many articles regarding the efficacy and effects people may experience. In this post, we will focus on the benefits most like those found from meditation.

The mental changes and effects caused by marijuana are among the most heavily researched phenomena currently in the field. From this research, THC and CBD are commonly described as the two main cannabinoids responsible for these effects. In the case of THC, it is largely due to the range of psychoactive effects caused by the chemical, for example the high most people associate with recreational marijuana. Interestingly, though, THC is most commonly used by people not for its effect on the mind, but its ability to fight insomnia [4] and increase appetite [5]. This isn’t to say that THC doesn’t have any properties that may be beneficial mentally or emotionally, as the sedative effects can be very helpful for increasing comfort and helping to relax when beginning to meditate.

CBD has been shown to have numerous benefits when consumed as well, particularly in the realm of emotional and mental well-being. In fact, one of the most well-known uses of CBD is as an anxiolytic. A 2010 study showed lowered anxiety symptoms in those with social anxiety disorder (S.A.D) when given CBD [6] and Other studies have shown improvement in social anxiety from public speaking [7] and even anti-depressant effects in some animals [8].

How Can Meditation and Marijuana Work Together?

Taking into account the profound psychological effects marijuana can have on the body, it is easy to see why some people believe meditation and marijuana are a natural fit. Informal classes promising many benefits have even begun to pop up in certain states. Some people have described marijuana as a quick way to reach a mindful state, then using breathing and focusing techniques to spread the feeling across multiple sessions.

Stress is nearly unavoidable in the modern world, and is quickly becoming a target for health professionals, with research finding the life-long effects it can have on people. High stress levels are correlated with heart disease, headaches, depression, and other mental and physical symptoms. Because of this, finding ways to reduce and eliminate stress is crucial.

From this, meditation and breathing techniques are starting to be used by many people to combat stress and reduce anxiety. This may happen by targeting certain parts of the brain, most possibly the amygdala and prefrontal cortex, sort of the “fear” and “me” centers of the brain. Meditation may break down mental connections between these areas, lowering anxiety. It may also even strengthen other related connections, increasing your ability to accurately identify and respond to certain sensations. Past research has shown marijuana having a variety of effects in these brain regions as well. It is possible that by combining both practices, the effects build on and magnify each other, allowing for a much stronger anxiolytic effect.

These still needs to be definitive research on the direct link between meditation and marijuana, but anecdotal evidence is promising. It is possible that meditation can have quicker and stronger effects when combined with marijuana, allowing people to fight anxiety and better their mental health more efficiently.