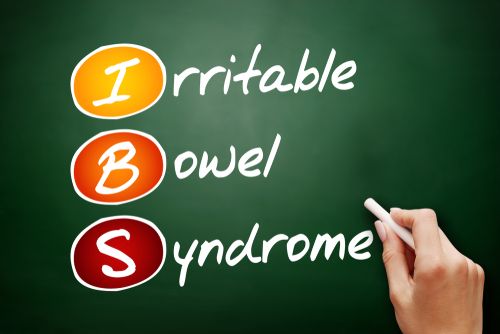 Common Treatments for IBS Can Be Ineffective – Try Medical Marijuana Instead

More than 35 million Americans suffer with Irritable Bowel Syndrome (IBS), also known as spastic colon [1]. Patients who suffer with IBS, mostly women, suffer with many issues and frustrations throughout their entire lives [6]. Characterized by painful cramping, chronic diarrhea, constipation, and nausea, IBS is the most common of gastrointestinal disorders. While the cause of IBS is unknown, the endocannabinoid system controls the processes of the gastrointestinal tract. It has been known for centuries that cannabis is able to treat the symptoms of IBS as many sufferers report their symptoms to be more manageable if not alleviated by it [1].

If you’re wondering if becoming a medical marijuana patient is right for you, schedule an exam with one of our Ohio marijuana doctors. Completing our online eligibility survey takes only 5 minutes or less. Find out if you pre-qualify for an Ohio medical marijuana recommendation today!

Common Treatments for IBS Can Be Ineffective

Common recommendations for the treatment of IBS include: cooking with fresh ingredients, taking 1 tablespoon of linseeds daily, consuming oatmeal frequently, and limiting the following: fruit, coffee, alcohol, processed foods, fatty or spicy foods, foods that are difficult to digest, sorbitol sweetener, and high fiber foods. Dieting is not for everyone, so many IBS patients find it difficult to follow doctors’ orders when it comes to lifestyle changes. Furthermore, changes to diet alone do not always relieve IBS symptoms. Studies are showing cannabis offers solutions for those who need a simple way to treat the symptoms of IBS. While it doesn’t offer a cure, an increasing number of patients report the positive effects cannabis has on the body [2].

The gut-brain axis (GBA) is comprised of the back and forth communication between the central and enteric nervous systems. It connects intestinal functions with the emotional and cerebral parts of the brain. New studies suggest these interactions are directly affected by the microbiota of the gut. This relationship between the gut and brain impacts those with IBS [3]. A 2016 review [4] about illnesses which are related to Clinical Endocannabinoid Deficiency suggests, “GI propulsion, secretion, and inflammation in the gut are all modulated by the ECS, providing a rationale for cannabinoids as treatment candidates for IBS. As examples, GI propulsion is under tonic control of the ECS and cannabis was one of the first effective clinical interventions in the 19th century for the intense secretory diarrhea associated with cholera, a finding which was more recently validated with modern methodology” [5].

IBS sufferers generally have a hyper-sensitive colon that spasms when the communication between the brain and gastrointestinal tract is disrupted. The cannabinoids found in marijuana bind to the receptors of the endocannabinoid system in the intestinal tract to repair the disrupted communication. The most effective of non-psychoactive cannabinoids, CBD, works as an antispasmodic remedy with a very calming effect. The most effective of psychoactive cannabinoids in marijuana, THC, provides relief from two of the most common symptoms of IBS, pain and nausea.

Working together, CBD and THC “the entourage effect,” and it is called this because the two cannabinoids work synergistically to increase the natural endocannabinoid “anandamide” present in the gastrointestinal tract. The end result is reduced pain and fewer spasms beginning with the gut [1].

Treating the Psychological Effects of IBS

While marijuana cannot cure IBS, it reportedly relieves both physical and psychological symptoms. It improves mental health and a sense of well-being which helps sufferers cope with anxiety, depression, and frustration. In a survey given to 2,495 patients (including those with IBS), “taking CBD-rich cannabis for at least 30 days, 100% of patients with headaches, migraines, fibromyalgia, IBS, and spinal cord injury “reported a decrease in pain or discomfort.” This led to a significantly improved quality of life for people dealing with IBS” [6].

Whether medical marijuana will help your condition depends on many factors best evaluated by a medical doctor. If you feel you may benefit from medical marijuana, the first step is to take our eligibility survey. In just 5 minutes, you could pre-qualify for a recommendation. An Ohio marijuana doctor can then determine if you qualify during an in-person exam. For more information, visit https://docmj.com/ohio/.