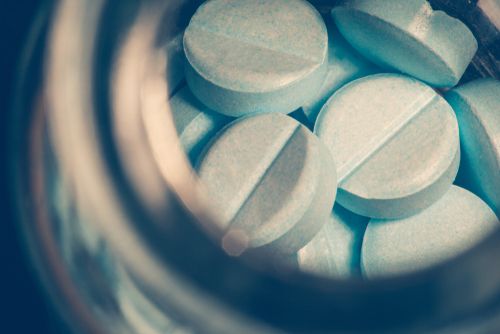 The United States is currently in the middle of an opioid crisis. There are many factors contributing to the increase in opioid prescriptions and usage. Research shows that between 2008-2018 the number of deaths involving synthetic drugs like fentanyl and tramadol increased from 3007 to 19.413, with a corresponding rise from 14% to 50% of all deaths due to overdose.(1) With advances in technology allowing illicit manufacturing of synthetic or designer drugs, this increase only makes sense as dealers sell more and more dangerous substances to buyers eager for a new kind of high. Recent research has shown that medical marijuana may play a favorable role in decreasing the number of deaths due to opioid overdoses, both those due to addiction and ones related to over-using legal medications prescribed for chronic and acute pain. If you want to find out if you pre-qualify as a medical marijuana patient, take our quick 5-minute eligibility survey; at your initial appointment, speak to one of our Ohio Medical Marijuana Doctors to see if you can lower or eliminate your dependence on opioid pain relievers by using MMJ.

Opioid overdose has now become the most common cause of accidental death in the USA, surpassing car accidents and shootings. In 2016, over 42,000 deaths were attributed to opioids; this presents a 5-fold increase over the number reported in 1999. With an increasing number of states legalizing medical and recreational marijuana and making products available in dispensaries, it has been possible to research the impact marijuana has on opioid use and abuse. Medicare and Medicaid documentation shows that the number of opioid prescriptions fell by up to 14.5% in states with legal medical marijuana; states with dispensaries had a more significant reduction than those only allowing patients to grow their own product.

Another recent study compiled and analyzed mortality data, census data, and medical marijuana laws from 1999-2017. Results showed that when people were provided access to recreational marijuana, particularly when purchased from dispensaries, opioid-related deaths across the board decreased by 21%, while the number of those who died due to synthetic opioid use dropped by 33%. “When applied to the 47,600 deaths {14.9 per 100,000 people} attributed to opioids in the United States in 2017, a reduction of 21% would save almost 10,000 lives each year {3.1 per 100,000 people}.” (4) Currently, 67% of all drug overdoses in the USA are tied to opioids. States that legalize recreational marijuana and open dispensaries for the public to purchase it greatly increase access beyond those who have medical marijuana programs, and they provide a positive benefit to a larger number of people including those who would not qualify under a medical marijuana program. As a result, these states were less affected by the increase in opioid-related deaths than states only providing medical marijuana or those who have not yet legalized MMJ or recreational marijuana. (5)

Patients who suffer from chronic pain related to the central nervous system or neuropathic pain (like that experienced by people with fibromyalgia) may struggle with obtaining adequate pain relief, since it often doesn’t respond to opioid pain medications like other types of pain. For these patients, there is an increased risk of overdose as they try increasing their use to cope with their ongoing discomfort. Marijuana can often provide relief they cannot get from prescription medications, decreasing or eliminating their need to use opiates; this significantly reduces the risk of opioid overdose in this type of patient. In addition, the side effects of marijuana are far less intense than those of most opioids, which enables the users to have a better quality of life and increased functionality. (6)

It is becoming evident that marijuana can have a positive impact on the current opioid crisis by not only decreasing the need of chronic pain patients for higher doses of prescription medications to manage their discomfort, but also by enabling addicts to lessen the grip of dangerous and toxic synthetic opioids, thereby preventing overdoses on both sides of the equation. Feel free to speak with one of our Ohio Medical Marijuana Doctors if you would like to try using medical marijuana to lessen your reliance on prescription pain medications and increase your quality of life.