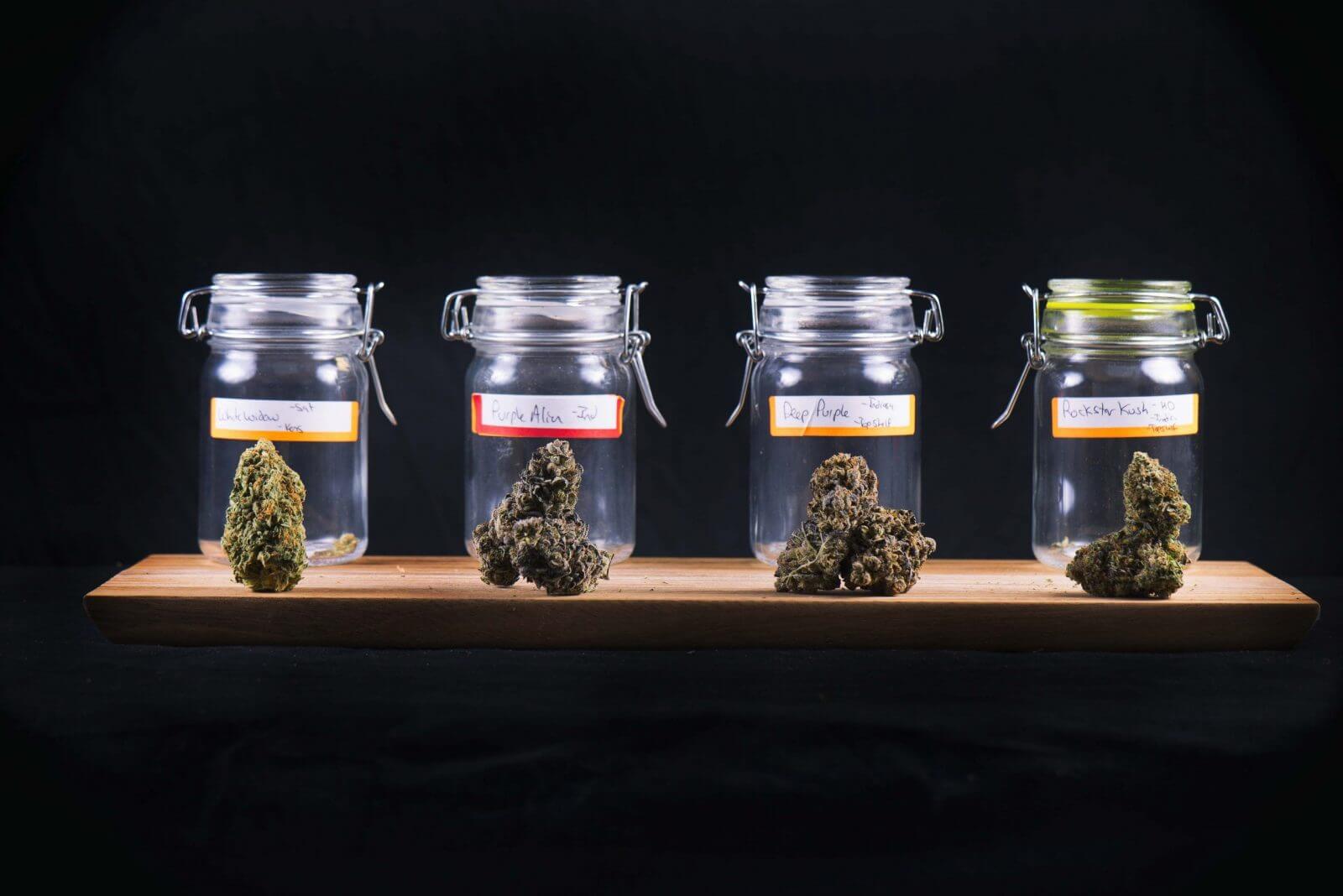 Indica is a strain of marijuana that doesn’t grow very tall — full-grown plants are usually less than six feet tall. When growing, the leaves are a dark green color, which later turns deep purple when dried. This strain originated in hot, dry countries like Afghanistan, Morocco and Pakistan, and they’re easier to grow indoors because of their small stature.

The short height of the plant means they produce a smaller yield, but the compensation is higher concentrations of THC than is found in sativa strains.

The smell of the marijuana depends on the specific strain, but indica strains have been reported to have earthy or fruity smells, as well as pine or even skunk notes. This is due to a terpene in the marijuana known as alpha-pinene — it’s also found in things like rosemary, sage and pine trees, contributing to the scent and flavor of the strain.

The high THC percentage, as well as a high level of cannabidiol (CBD), makes indica strains ideal for treating chronic pain, insomnia and stress, as well as relaxing muscles, reducing inflammation and treating headaches and migraines. Indica strains tend to produce a full-body buzz, which many people prefer over the effects of sativa strains. In spite of the buzz, indica strains are best for use at nighttime, to relax or help you sleep.

You won’t generally find sativa strains growing in your local dispensary — this strain of marijuana can grow anywhere from six to 25 feet tall. Sativa tends to have a long leaf which is light green while growing and turns yellow when dried. These strains originated in warmer, wetter equatorial countries — places like Mexico, Colombia and Southeast Asia are ideal for this plant to grow.

Sativa strains don’t have the same high levels of THC their indica counterparts contain, but they make up for it with high CBD levels. This also makes sativa an ideal choice for people who use marijuana, but may be sensitive to the effects of THC.

Individuals with anxiety, for example, may react badly to high THC strains because THC can make you feel anxious or even paranoid. High-CBD strains like sativa offer the benefits of marijuana without the downsides.

Users often describe these strains as smelling and tasting sweet or fruity, with peppery or earthy notes, as well as the taste or smell of diesel fuel. While that might not sound appetizing, the benefits far outweigh the flavor. Sativa strains are often used for energy and creativity, to help you relax and even as a treatment for depression. The high CBD levels can also help reduce nausea and stimulate appetite, which is essential for many patients who choose medical marijuana for their treatment. Because of sativa’s tendency to make you feel more energetic, it’s best to use these strains during the day.

Hybrids are the strain of marijuana most people are familiar with — a mixture of indica and sativa strains designed to achieve specific results. Some famous ones have made the news — Charlotte’s Web, for example, is a sativa-based strain bred to have one of the lowest levels of THC ever. This strain has less than 0.3 percent THC and is best-known for the treatment of a small girl named Charlotte (for whom the strain is named) to help with her seizures caused by Dravet’s Syndrome.

If you walk into a dispensary, you’ll probably see all sorts of hybrids with crazy names — OG Kush, Blue Dream, Pineapple Express, White Widow and the list goes on. If you’re looking for a specific result, speak with a dispensary worker to learn about the different hybrids and their effects.

Research on the short- and long-term effects of marijuana use is still coming in, but some researchers believe the strain of marijuana has no effect on the results a person experiences. Instead, they believe the expected results are due to the placebo effect, rather than the makeup of the individual marijuana strain.

No real research has been done on the effects of the individual strains, so it can be difficult to state whether or not each strain has the effects it claims.