Does Cannabis Dependence Exist in Ohio? 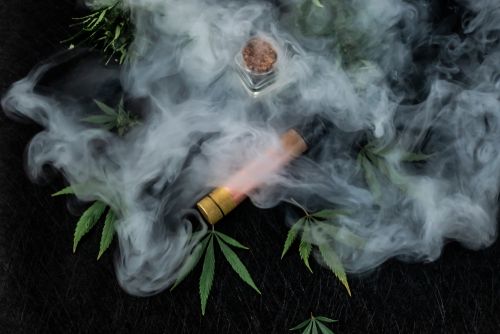 Medical marijuana is now one of the fastest growing sectors of medicine in the country, with many people now using it that had previously viewed it as solely recreational. Over a million people are registered as medical marijuana patients in the United States with many more expected to sign up in the next few years. People are using it to help increase their quality of life and fight off severe side effects of other treatments and medicines. Some patients, though, are worried that they may become dependent on it and be unable to function at the same level without using marijuana in some capacity. In this post, we will investigate what marijuana dependency is and if it is as real as some claim.

Do you qualify for an Ohio medical marijuana recommendation? Complete our easy online eligibility survey to find out if you pre-qualify today!

Dependence and addiction may sound like the same thing, and some people and institutions do use the words interchangeably. In some circles, the words are even seen as discriminatory and to be avoided. For most though, addiction can be defined as the inability to stop using a substance to the point where it interferes with other aspects of their life. Dependence, on the other hand, is usually characterized more so by withdrawal and tolerance. So, while a person who is dependent on a drug isn’t necessarily addicted, the terms generally go together.

A further clarification lies in differentiating physical and psychological addiction. Physical addiction is the most straightforward. When a person is physically addicted to a substance, their body has become so used to the substance (either through repeated use or some other factor) that the body cannot function when the substance is no longer used. This happens in cases of opioid addiction and prescription drugs. The person can go through severe withdrawals and other reactions when the substance is no longer used as well, the symptoms of which include sleeplessness, uncharacteristic behavior, and seizures.

Psychological addiction is much more nuanced, and a more accurate term may actually be psychological dependence is some cases. When a person uses a drug many times or over a long period of time, the mind can reinforce this behavior, turning it into a habit. Going beyond a habit, an action or object can become ingrained in the person’s mind as necessary, giving them an emotional attachment to the action, substance, or object. When stopping use of a substance a person is psychologically addicted to, they can experience many of the same withdrawal symptoms as those with physical addictions, highlighting the strength and influence of the mind over the body.

From the definitions and explanations we found in the previous section, a logical question would be what behaviors or substances can be addictive? The simplest answer is; nearly anything. People can get addicted to alcohol, opioids, gambling, and the internet. For many people, the difference between a habit and an addiction can be the change in lifestyle due to the substance or behavior. Gambling for fun and out of addiction are clearly different, one is seemingly for enjoyment and adds something to the person’s life, whereas as an addiction it can take almost everything.

Marijuana has been and remains the most used illicit, in some places, substance in the United States. As such, there has been much research done on the physical and mental changes brought about when using marijuana, some of which has led to its incredible growth as medicine today. It has also shed light on the processes and mechanisms through which marijuana enacts those changes, leading many researchers to write about its potentially addictive nature.

Cannabis dependence is an accepted mental disorder, having entries in both the ICD and DSM, two of the largest collections of mental and behavioral problems. Those actively seeking treatment for marijuana dependence are usually extremely heavy users, with some studies estimating ten years of daily use on average [1]. As with other cases of addiction and dependence, these users continue to seek out the drug despite the problems it causes in their lives. Most of them believe that they are unable to stop and experience a variety of withdrawal symptoms when they try.

The use of marijuana by those who have had previous addictions or dependencies has also raised red flags for researchers and health professionals [2], believing that using marijuana as a “secondary drug” may increase their risk of relapsing. This may be due to several factors, including the lower perceived risk of addiction of marijuana, leading to a lessened readiness to quit.

A significant part of cannabis dependence is cannabis withdrawals, which for some may lend even further credence to its existence. Past studies have not only found marijuana withdrawals to be real, but to have a biological basis, hinting at the existence of physical addiction [3]. From these studies, marijuana withdrawals have been compared to that of other drugs, particularly tobacco, with the main symptoms being irritability, depression, and insomnia. Importantly, these symptoms increase the user’s risk of relapse and can last for several weeks.

Luckily, the withdrawal symptoms of marijuana are generally considered weaker than other drugs [4] and don’t require hospitalization. It is important to consider the dependence that may come about, though, when using marijuana for specific tasks. For example, using marijuana to fall asleep may lead to dependence and insomnia when marijuana is inaccessible. While uncommon (about nine percent of users are estimated to develop disorders [5]), cannabis dependence is a real phenomenon that is still not completely understood and should be discussed with a certified medical marijuana doctor.

Marijuana dependence is a real condition that occurs in very heavy marijuana users. About nine percent of marijuana users are estimated to develop the condition. When quitting marijuana, those with marijuana dependence may experience insomnia, depression, and/or irritability for up to several weeks. If you or someone you know experiences any of these symptoms, it is important to speak to a physician or health professional.