Does CBD Work Better With THC? 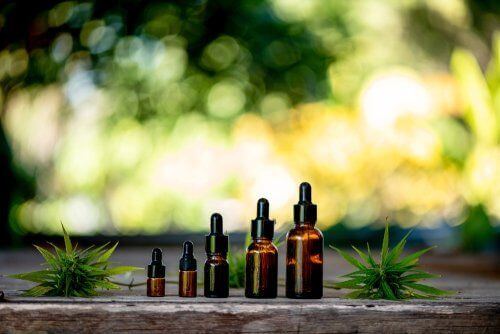 Does CBD Work Better With THC?

Marijuana, also known as the cannabis sativa plant, contains more than 113 different phytocannabinoids. These phytocannabinoids act on your endocannabinoid system, which works to keep your body in the state of homeostasis. The two most known and most researched phytocannabinoids are cannabidiol (CBD) and tetrahydrocannabinol (THC). People take CBD and THC in a variety of ways, and they can be consumed separately or together. Some research, however, suggests that taking them together — along with smaller organic compounds in the cannabis plant, known as terpenes or terpenoids — is more effective than taking CBD or THC alone.

Most of the biological properties related to cannabinoids are based on their interactions with the endocannabinoid system (ECS.) The ECS includes two G protein-coupled cannabinoid receptors, CB1 and CB2, as well as two endogenous ligands, anandamide and 2-arachidonoylglycerol. Endocannabinoids are thought to play a regulatory role in a variety of physiological processing including appetite, pain-sensation, mood, memory, inflammation, insulin, sensitivity and fat and energy metabolism. [1]

Cannabidiol (CBD) is a naturally occurring compound found in the cannabi flower. Today the therapeutic properties of CBD are being tested and confirmed by scientists and doctors around the world. A safe, non-addictive substance, CBD is one of more than a hundred “phytocannabinoids,” which are unique to cannabis and endow the plant with its robust therapeutic profile.

CBD has a large array of potential pharmacological properties as compared to THC. CBD acts as an important entourage compound as it is able to reduce the side effects of THC. On its own CBD has been shown to possess anti-anxiety, anti-nausea, anti-arthritic, antipsychotic, anti-inflammatory, and immunomodulatory properties — among others. It has also shown potential as therapeutic agents in preclinical models of central nervous system diseases such as epilepsy, neurodegenerative diseases, and multiple sclerosis. CBD also acts as a strong antifungal and antibacterial compound, and fights against Staphylococcus aureus (MRSA).

There is strong scientific evidence for the effectiveness of CBD ini treating childhood epilepsy syndromes, such as Dravet syndrome and Lennox-Gastaut syndrome (LGS) — which typically don’t respond to antiseizure medications. In numerous studies, it was able to reduce the number of seizures, and in some cases it was even able to stop them altogether.

CBD is used to help with other various conditions, such as:

Tetrahydrocannabinol (THC) is the most commonly known cannabinoid. It is partial against both the CB1 and CB2 receptors, but interacts more so with the CB1 receptors, which explains its psychoactive properties. In addition to being present throughout the brain’s central nervous system, CB1 receptors are also found in the gastrointestinal tract, the reproductive tract, immune cells, as well as heart and adrenal tissues. CB2 receptors are thought to have immunomodulatory effects and to regulate cytokine activity. THC also exhibits potent anti-inflammatory, anti-cancer, analgesic, muscle relaxant, neuro-antioxidative and anti-spasmodic activities.[2][3]  However, THC has been also associated with a number of side effects, including anxiety, cholinergic deficits, and immunosuppression.

THC is used to help with conditions such as:

Studies show that cannabinoids may prove useful in pain modulation by inhibiting neuronal transmission in pain pathways. THC and CBD were found to block the release of serotonin from platelets induced by plasma obtained from the patients during migraine attack. In another study, the administration of single oral doses of THC to patients with cancer pain demonstrated a mild analgesic effect. In an anonymous cross-sectional survey, 72 (35 %) of chronic noncancer pain patients reported having used cannabis for relieving pain.[3] Cannabis-treated AIDS patients reported improved appetite, muscle pain, nausea, anxiety, nerve pain, depression, and paresthesia.[4]

Overall, cannabis as medicine has been shown to offer all sorts of symptom relief for chronic conditions. If you or a loved one suffer on a daily basis and are interested in becoming a medical marijuana patient in Florida, take this short pre-qualifying survey.

In just a few minutes you will know if you might qualify for your Florida Medical Marijuana card.

The qualifying conditions that have been approved by the state legislation are listed as: [5]