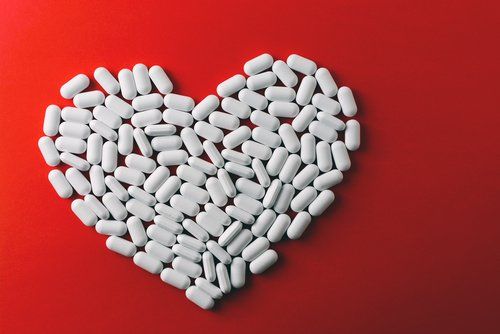 Medical marijuana use in Florida has skyrocketed since its legalization in 2016, and with it, the number of different use cases it must work with. Many users of medical marijuana are not taking the drug in isolation. It is being taken along with other medicines, medical procedures, and therapies. Because of this, it is important to be aware of the potential interactions marijuana may have with another part of your wellness regimen.

Are you living in Florida and thinking about getting a medical marijuana card? We also offer a quick and easy online eligibility survey to see if you pre-qualify instantly!

Can Marijuana Interact with Other Medication?

Yes, marijuana can interact with other medications once in the body. However, the way in which it can interact with other drugs may depend on the form of marijuana you consume. Edibles and other orally ingested marijuana extracts are subject to both mechanical and chemical processes that change and modify the chemicals present. THC, for example, undergoes large change in the liver, eventually becoming 11-hydroxy-THC [1]. If the marijuana is smoked, the THC is inhaled into the lungs and is absorbed directly into the bloodstream. This method results in much less 11-hydroxy-THC being produced.

This general idea is called “first pass metabolism” and describes how the bioavailability of a drug can be radically altered before entering the bloodstream. More importantly though, we now know that marijuana is metabolized in the liver, and this has big implications for its use alongside other medicines. This has become a common outlook frequently cited in research papers [2].

Drug interactions happen so commonly in the liver for many reasons, one of which being the transporters responsible for moving the drugs [3]. Interactions may also happen, though, simply through the drugs themselves reacting with each other. The resulting effect may not always be straightforward and may even result in a new effect taking place, such as when alcohol is mixed with certain other pharmaceuticals. In other cases, the effects can be additive (the effects work together, but do not enhance each other), synergistic (the effects are enhanced), or antagonistic (the effects are weakened) [2].

With marijuana, the same principals hold true. Marijuana can react with many drugs, including alcohol, opioids, and medicines that influence the cardiovascular system. Again, these effects are still not fully understood and can change depending on many other factors including dosage, time taken, and method of application.

How Does Marijuana Affect Heart Medication?

A study recently published in the Journal of the American College of Cardiology found that there may be an association between marijuana use and higher risk of cardiovascular problems, even and especially when taking certain medications [4]. This is a huge possible development, as millions of prescriptions for cardiovascular drugs are sent out every year.

According to the researchers who did the experiment, one of the main problems with current marijuana research is its scarcity. This isn’t an out of the ordinary belief either, with many papers echoing this sentiment, and it is important to keep in mind. With that, however, other experiments have come to similar conclusions, and may shed light on the possible benefits and dangers of mixing marijuana and cardiovascular problems.

Much of the existing research makes clear the links between the endocannabinoid system and the cardiovascular system. In fact, cannabinoid receptors have been found in the heart and may even help regulate heart rate and blood pressure [5]. This is corroborated by other studies, which have found that there may be spike in both blood pressure and heart rate after consuming marijuana. Interestingly, though, this effect may decrease over time, and one study points out that cannabinoids may even have a protective effect on the heart [6]. It is believed that these protective effects may be mediated directly by the endocannabinoid system and have deeper ties to important signaling pathways that protect the heart from shock and myocardial infarction [7].

On the other hand, other findings suggest further risks to using marijuana when suffering from cardiovascular problems. One study in particular found that young users may be at higher risk of developing atrial fibrillation [7]. Other studies have linked marijuana use to increased risk of heart attacks in some populations, opposing some of the findings we discussed previously. Blood flow to the brain also may be affected by marijuana. It is thought that this may be due to increased dilation of the blood vessels around the brain, which is thought to increase the potential risk of other problems.

Atherosclerosis is another point of interest in current research, and some scientists also point to marijuana as another risk factor. It has been found that the cannabinoid receptors in the body may initiate inflammation in certain vessel walls, leading to fatty buildup and hardening over time [8]. This hardening can cause many problems and is difficult to diagnose. It may raise your risk of heart attack or stroke and cause unusual heartbeat patterns, shortness of breath, or angina. Interestingly, other experiments have found that the threshold for angina may be lower in people who smoke marijuana, meaning they are more likely to feel it than those who do not smoke.

Despite these findings, other papers have found no long-term effect on mortality due to marijuana use, especially in those who do not suffer from cardiovascular problems.

Currently, research is still progressing. Recent findings, however, show that marijuana is able to interact with other medications while in the body and this may cause unexpected effects. A recent study found this to be true with cardiovascular medication, finding that when administered together, the medication may not work as intended, and risk of cardiovascular problems actually increase. Other studies have had similar findings, showing that marijuana use can adversely affect those with high blood pressure, irregular heart rate, and other heart problems. This may be due to marijuana’s influence on the cardiovascular system and its ability to modulate blood vessel dilation. More research is needed, though, as other studies have found positive effects caused by marijuana in those with heart problems. If you have a cardiovascular issue and are considering medical marijuana, it is important to speak with your doctor about any questions you have.