Does Marijuana Use Play a Role in Sexual Health? 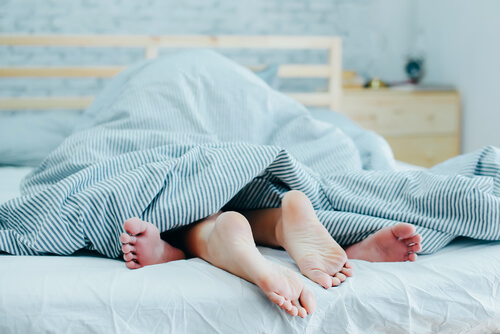 Most of what is known about marijuana and sexual health comes from self-reported surveys. Since cannabis is known to help with anxiety and pain, it has the potential to affect ones sex life by curbing those other issues.

In Florida, residents have legal access to purchase marijuana products (weed) to help maintain symptoms from a variety of approved conditions. To see if you qualify for a medical marijuana card in Florida, take this survey.

DocMJ has a team of educated and compassionate Florida Medical Marijuana Doctors located throughout the state to help guide you on your journey to a healthier and happier life. Book your appointment today to get the process started.

What Exactly is Marijuana?

Cannabis, more commonly known as marijuana, weed, and dope, is a plant that contains hundreds of chemical compounds with potential medical properties. Phyto-cannabinoids, flavonoids, and terpenes are the three most prominent components it produces. The two most studied cannabinoids are delta-9 tetrahydrocannabinol (THC) and cannabidiol (CBD).

Nowadays, there are more ways to use cannabis than just smoking it. Qualified patients have access to products like topicals, capsules, tinctures, transdermal patches, suppositories, and oil vaporizers. Not to mention within those products there are various mixtures of cannabinoids and terpenes to create specific effects. Consult with your physician to find out which products are best for you and your qualifying condition.

Structurally speaking, both CBD and THC have 21 carbon atoms, 30 hydrogen atoms, and 2 oxygen atoms. The slightest difference occurs in how the atoms are arranged, which accounts for the different ways it affects the body.

Both CBD and THC are chemically similar to the body’s endogenous (endo) cannabinoids. This allows the compounds of marijuana to interact with the cannabinoid receptors. The interaction affects the release of neurotransmitters in your brain, which are chemicals responsible for relaying messages between cells. They play a role in pain, sleep, stress, and immune function, to name a few.

Despite their similar chemical structures, they do not have the same psychoactive effects. While most people think CBD is not psychoactive, it is – just not in the same way as THC. CBD does not produce the “high” associated with THC, but it has been shown to help manage anxiety, depression, and seizures.

CBD is used to help with various conditions, such as:

On the other hand, THC binds with the cannabinoid 1 (CB1) receptors in the brain, producing a sense of euphoria or a  “high.” THC is the main chemical component people think of when they consider marijuana. THC is used to help with the following:

There is a significant amount of cannabinoid receptors in areas of the brain that deal with sexual function. Recent research suggests that the endocannabinoid 2-AG is released in humans after orgasm, suggesting that these compounds may be involved in normal sexual processes.

Cannabis is a vasodilator, which means it helps open blood vessels and increases blood flow. It directly affects the cannabinoid receptors that are involved in perceiving pain. Marijuana appears to improve satisfaction with orgasms in women. A cross-sectional study performed from March 2016–February 2017, with 373 participants showed that most women experienced increases in sex drive, improvement in orgasm, decrease in pain, but no change in lubrication.

Studies in rats have found that large quantities of THC inhibit ovulation; however, studies in humans have been largely observational. They have found that  moderate/heavy users of marijuana seem more likely to have infertility related to ovulatory disorders. Disturbances to the endocannabinoid system may also contribute to polycystic ovary syndrome through dysregulation of appetite and glucose metabolism. Despite evidence that marijuana can disrupt ovulation, large-scale cohort studies have failed to demonstrate a prolonged time to pregnancy in women who use the drug.

On the other hand marijuana use and sexual dysfunction could be linked in men. Some men find that their sexual performance actually improves when they use marijuana because if they become less anxious, they may have better ejaculatory control. However, other men can experience sexual problems when using cannabis, such as the following:

Other evidence suggests that marijuana does not harm men’s reproductive health. For instance, one study measured plasma testosterone in 27 men before and after a 21-day period of marijuana use. Of those who smoked, there were no significant changes in testosterone levels observed.

Overall, there is not enough concrete evidence from completed scientific studies to truly know the impact that marijuana has on one’s sexual health.

How to get a Florida Medical Marijuana Card

Getting a medical marijuana card in Florida is easier than ever. This survey will quickly tell you if you are eligible for a recommendation. The following debilitating conditions will also pre-qualify you for a card: