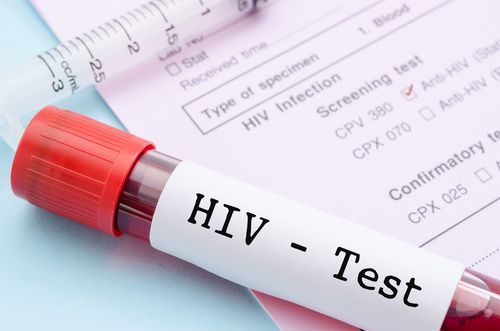 Patients diagnosed with HIV/AIDS are now able to get a medical marijuana recommendation in the state of Ohio. The rapid growth of interest in medical marijuana as a method of symptom-reduction for those living with the HIV/AIDS virus has become evident. In this article, we will go over what HIV/AIDS is and how medical marijuana can help those who have been diagnosed find relief.

HIV, short for human immunodeficiency virus, is a virus that uses the body’s immune system to replicate itself and spread. By latching on to “T cells”, HIV can insert its RNA, similar to our DNA, and hijack the T cells’ internal machinery. This produces more HIV cells and eventually kills the T cell.

In the first stage of the infection, HIV numbers are very high, and the infected person may experience flu-like symptoms. After a few weeks, the second stage of the infection, called “clinical latency” sets in. HIV numbers drop, and the person may not exhibit any signs of the virus for a decade or longer. At the end of this phase, the virus begins rapidly reproducing and T cell numbers fall. This begins acquired immunodeficiency syndrome, or AIDS. Because of their compromised immune systems, people with AIDS are susceptible to infections that would generally not harm those who don’t have AIDS. These are called opportunistic infections and can be deadly for those with AIDS.

For more information on HIV/AIDs, how it spreads, and it’s symptoms, visit the CDC online.

Can Medical Marijuana Help Those With HIV/AIDS?

Because the endocannabinoid system is found all around the body, it makes sense that marijuana may be able to offer some benefits to those with HIV/AIDS. Marijuana has been shown to have effects on the immune system, and T cells in particular, so research has started finding possible mechanisms that could help those patients.

A study in Florida showed that there was no statistically significant difference in viral numbers between those who consumed marijuana and those who did not [1]. Importantly, this study did not measure specific levels of cannabinoids in the marijuana, and it is noted that this may affect the results. For example, a different study in Los Angeles did show a significant drop in viral numbers in those who smoked marijuana [2].

Despite this, a reported 24% of surveyed Americans diagnosed with HIV/AIDS used marijuana in the previous three months, nearly five times the national average of those not diagnosed with HIV [3]. It seems that the majority of these users are not using the drug as a treatment, but as a method of combating the symptoms of the illness such as insomnia and wasting syndrome.

Marijuana has been used as a sleep aid by many people, but it is important to know the risks of using it as such. For example, after prolonged use, the user may become dependent, and may experience trouble falling asleep when not using cannabis. For those with HIV specifically, cannabis may actually worsen sleep in those who use it [4]. However, more research is needed, as the number of studies on the subject is low.

Wasting syndrome is a common symptom of AIDS, where the person loses over ten percent of their body weight due to the disease. Luckily, medical marijuana has been shown to both increase weight gain and the number of times the user ate in a day [5].