Fact or Myth: Marijuana Makes You Lazy in Ohio 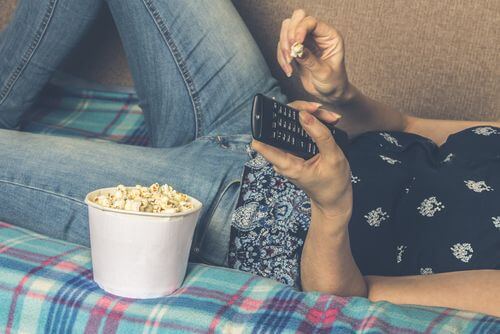 One thing is for sure. There exists a stereotype about people who smoke marijuana. They’re couch potatoes with a huge case of the “munchies” who would rather sit around than work hard, create art, or exercise regularly. Celebrities like Oprah Winfrey, Steve Jobs, or President Obama would beg to differ [1]! Researchers have recently conducted a study published in the journal Frontiers in Public Health that debunks  the “stoner” myth by proving marijuana increases the motivation to exercise [2]!

If you’re wondering if medical marijuana (MMJ) is right for you, schedule an exam with one of our Ohio Marijuana Doctors. Completing our eligibility survey takes only 5 minutes. Find out if you pre-qualify for a recommendation!

Removing the Barriers to Exercise

600 participants were tested in a scientific study recently conducted at the University of Colorado (UC) to see whether cannabis helped them overcome the barriers to exercise before, during, and after workouts. Before the study, 81.7 percent studied were in support of using cannabis to help them exercise. The outcome? Published in the journal Frontiers in Public Health, the study found most saw an increase in their ability to  enjoy exercise, they exercised more, and saw improved recovery afterward [3]! The UC study is among the first to analyze behavior and attitudes about people who pair cannabis use with exercise compared to those who do not, and it is fracturing the stoner stereotype [4].

There are three main reasons people fail to exercise regularly: A dislike for the activity, lack of motivation, and difficulty recovering after workouts. But compared with those who did not use cannabis while exercising, the UC study group found themselves working out longer by an average of 45 minutes of aerobic exercise and 30 minutes of anaerobic exercise! Nearly 500 participants agreed it is beneficial to use cannabis about an hour before and up to four hours after exercise. In addition, 70% agree “cannabis increases enjoyment of exercise,” 78 percent that it “enhances recovery from exercise” and 50 percent that it “increases motivation” More people are turning to marijuana to help them remove these barriers to a healthy lifestyle [4].

Tyler Browne of the San Francisco Bay Area could not agree more. In an interview with “Market Watch,” the 34-year-old said he uses a cannabis vaporizer after lifting weights to help him recover. After serving in the Marines, he said, his body isn’t the same as it used to be. For him, cannabis makes intense exercises less boring. He said, “It makes cardio seem more like a fun childhood activity, with your mind wandering versus focusing on the strenuous portion of it” [5].

Published in a March 2019 issue of the International Journal of Epidemiology, another study compared the body mass indexes of those who used cannabis to those who didn’t. Researchers at Michigan State University studied the responses from 33,000 U.S. citizens aged 18 and up over a four year period. Pulled from a nationally represented, cross-sectional sample, they studied three categories of people: those who had discontinued use of cannabis, those who were new to using it, and those who had never used it. They found that marijuana users gained less weight over time and now claim “cannabis may be a better option for weight loss than surgery or pharmaceuticals” [6]!

President John F. Kennedy used marijuana as a remedy for excruciating back pain during the entirety of his presidency. George Washington, the father of the United States, grew cannabis with a preference on plants containing higher THC levels. Michael Phelps, winner of more gold medals than anyone in Olympic history, smoked marijuana before and after his games. Some might say these famous people are not a representation of the general public. While that is definitely true, and while some research suggests marijuana can make people lazy, it isn’t because people are unable to rise to occasions. Perhaps it is because they lack motivation due to bad habits like poor time management, planning to exercise, and watching too much television, for example. Also, there are many lazy people who don’t use marijuana at all, so it is important to consider a persons’ lifestyle habits before assuming cannabis has caused them to be lazy [7].

Medical marijuana doctors recommend strains of Cannabis Sativa, Cannabis Indica, or a hybrid of each marijuana plant depending on the condition their patients are being treated for. There are some differences to these two types of marijuana. Sativa plants are usually tall and skinny, while Indica plants are short and stocky. Also, Sativas act as an “upper” in terms of energy and mood, while Indicas help with sleep and relaxation [8]. However, due to underground crossbreeding, almost all strains are a hybrid form of the two types, so marijuana strains are better described as being Indica-Dominant or Sativa-Dominant [9].

Choosing the right strain is very important because, while some strains may cause a person to feel like relaxing on the couch, others provide the right motivation and energy for the task at hand. There is not a one-size-fits-all approach to choosing the right strain. What works well for one person might be the opposite for another, but generally speaking, a Sativa-Dominant strain is best suited for those who wish to combine their use of marijuana with exercise [9].

If you feel you may benefit from medical marijuana, the first step is to take our eligibility survey. In just 5 minutes, you could pre-qualify for a recommendation. An Ohio Marijuana Doctor can then determine if you qualify during an in-person exam. For more information, visit https://docmj.com/ohio/.